A mere one-in-six public companies almost certain to have misstated their earnings actually bothered to fix the problem, according to new research 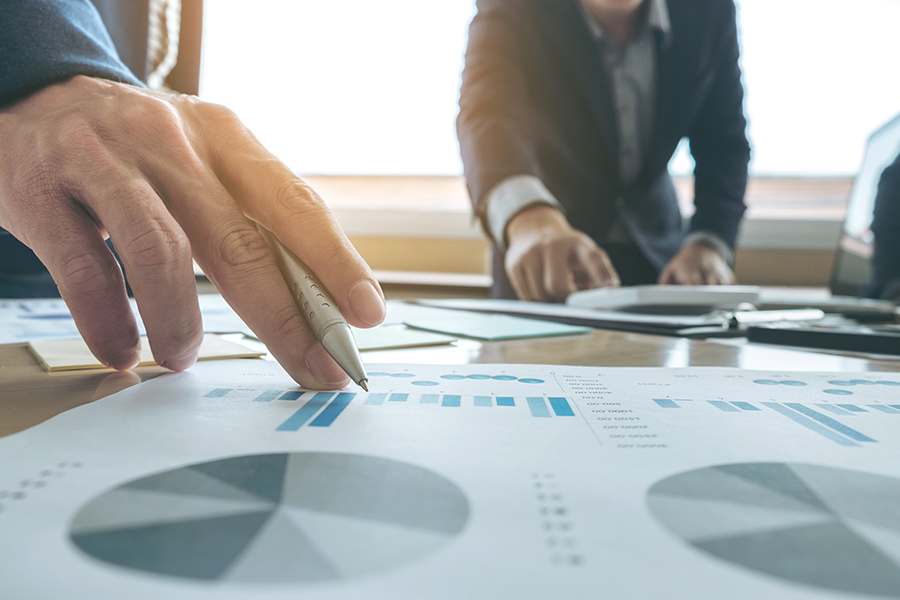 
In business, mistakes happen all the time. But how many executives follow the rule “If you make a mess, clean it up”?

A mere one-in-six public companies almost certain to have misstated their earnings actually bothered to fix the problem, according to new research conducted by Justin Hopkins, a member of Darden’s Accounting faculty.

“You can identify firms to a high degree of likelihood whether they committed wrongdoing without their admitting to it,” says Professor Hopkins. Put bluntly, confessions aren’t required to identify the probable perpetrators.

Of the firms that showed 99 percent certainty of having rigged their earnings, only 16.1 percent, or one-in-six, fixed the problem by restating their accounts, according to the paper titled “Revealing Corporate Financial Misreporting” by Darden’s Hopkins, along with Quinn Curtis of the University of Virginia School of Law and Dain Donelson of the University of Texas at Austin’s McCombs School of Business.

SCANDAL: STOCK OPTION VIOLATIONS
The new research revolves around how public companies accounted for employee stock options. These securities allow executives to buy the company’s stock at a predetermined strike price; the lower the strike price, the more benefit to the executive if the share price rises.

In 2006, The Wall Street Journal broke a story that showed a slew of companies were involved in accounting improprieties involving backdating stock options, falsifying dates that stock options were granted. Accounting standards required that, should firms grant options with a strike price below the price at the time they were issued, they record compensation expense for the difference — but these firms did not. Those implicated in the scandal included tech companies Apple, Broadcom, Monster.com and many others, according to financial education website Investopedia.

Following the hoopla, government regulators cracked down on the practice. “At the time, the Securities and Exchange Commission dedicated a lot of resources to prosecuting firms for stock option violations,” Hopkins says. This major corporate scandal led to shareholder lawsuits as well as executive dismissals.

DID THEY CLEAN UP THEIR OWN MESS?
The research looks at whether these book-cooking companies ever fixed the accounting problem. “It is the identical violation across firms, and it seemed to me to be a really cool setting to analyze how many firms backdated and how many admitted to it,” Hopkins says. “I haven’t seen a setting for other accounting violations in which that analysis is possible.”

To ascertain which companies likely backdated their options, the authors looked at public company data over the period 1 January 1996 through 29 August 2002. They then used that subset to find out which companies came clean and restated their financial accounts.

The stark result: Most did not. “Results suggest that a relatively small proportion of firms (11 to 16 percent) that likely backdated issued a restatement,” the report states.

Hopkins and his co-authors also discovered that the firms that did restate their earnings were different from the rest in important ways. Notably, the companies that “fessed up” typically were larger and had far more independent boards of directors than did the others. They also tended to have CFOs who were not involved with the options backdating.

GOVERNANCE AND INTEGRITY
The findings beg an important question: Why did so few companies try to fix the problem? A follow-up study by Hopkins sheds light on this question. Specifically, company directors faced penalties, not least among them the likelihood of being ousted from their roles, if they issued restatements and corrected the problem. Likewise, if the firm showed strong evidence of having backdated but did not correct the problem, directors did not lose their seats. “Overall, results suggest that independent directors, in their role as monitors, face disincentives to encourage firms to investigate possible misbehavior,” the draft paper states.

In many ways, that is disheartening for those who would hope that directors face incentives to monitor managers and reveal misbehavior.

“It seems as if the main constraint facing managers is the governance of the organization or the integrity of the individual involved,” says Hopkins.

Justin Hopkins co-authored “Revealing Corporate Financial Misreporting,” forthcoming in Contemporary Accounting Research, with Quinn Curtis of the University School of Law and Dain C. Donelson of the University of Texas at Austin McCombs School of Business.