Netflix vs. Disney Plus: What's downstream for streaming?

Netflix is a streaming content kingpin, with 139 million subscribers worldwide. But, with Disney launching the lower-cost streaming service Disney Plus this November, will a mouse nibble Netflix's revenues? 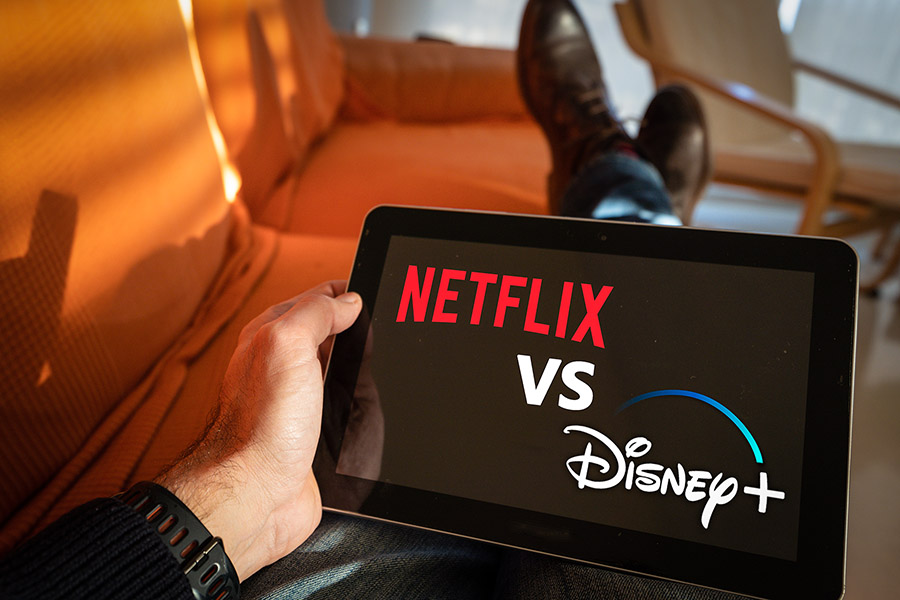 THE SCENARIO
Home entertainment has transformed in the past two decades. Blockbuster stores once stood within 10 minutes’ drive of 70 percent of U.S. homes. Then there were grocery store rental kiosks and mail-order DVDs. Today, one click accesses thousands of choices. Since entering the game, Netflix has prospered by making entertainment increasingly convenient and appealing.

The company understood early that recommending movies helped subscribers use its service more — rather than simply guessing what shows might draw interest, it could use detailed data on what actors, directors and storylines individuals would like. With increasingly sophisticated algorithms to analyze customer preferences, Netflix could provide viewers with reliable recommendations for content they’d enjoy, leading to longer queues in their accounts — which, in turn, led to higher rates of retention and directly impacted customer lifetime value. With a monthly fee system, keeping the customer longer becomes an essential part of the revenue formula.

Additionally, Netflix has invested heavily in creating original content. In 2019, in a signal of how far they’d come, Netflix received 15 Academy Award nominations, including a best picture nod for Roma.

But if anyone can challenge Netflix, it’s Disney. The 96-year-old company has an iconic brand and an unparalleled collection of assets: Star Wars, Pixar, the Marvel Universe and National Geographic. Plus, its streaming package will include ESPN Plus and Hulu, rounding out its offering in a way that Netflix can’t match.

THE RESOLUTION
Who’ll win? Both companies have bet big, taking on debt (Netflix) and accruing quarterly losses (Disney). Both companies have loyal audiences. Disney has been a household name for decades, but Netflix is no slouch. A recent Piper Jaffray survey of Netflix subscribers found that around 75 percent would not leave for Disney or Apple. And while Disney’s been around for generations, Netflix has years of head start on collecting data to anticipate customers’ needs. Disney Plus needs to unlock this part of the puzzle, understanding how to engage subscribers.

The mouse may be able to use its streaming platform as a loss leader, a way to attract customers, engage them more deeply with Disney content, and thereby sell more merchandise, cruise tickets and passes to the parks. Netflix won’t have that same luxury. It will need to manage its large debt while continuing to create premium, binge-able content.

THE LESSON
Competition will make both Netflix and Disney better, and who will benefit the most? The consumer. But not only should the two companies stay focused on what the consumer wants, they shouldn’t get distracted by competition with each other — they each need to keep an eye other innovative players, like Apple and Amazon.

With a crowded market and a surplus of compelling new content — not all of it available across all platforms — what could be the next innovation in home entertainment? The market may become ripe for a new player: an aggregator that pulls the best of the streaming services together.

The preceding is based on the case Netflix Inc.: The Mouse Strikes Back (Darden Business Publishing), by Darden Professor Rajkumar Venkatesan, Shea Gibbs and Daniel Shively.

Tweets by @forbesindia
Cyrus Mistry dismissal ruled illegal
'Not a victory for me, but of good governance': Cyrus Mistry