Volkswagen India's Joerg Mueller: I Have Learnt To Be An Indian In Some Ways 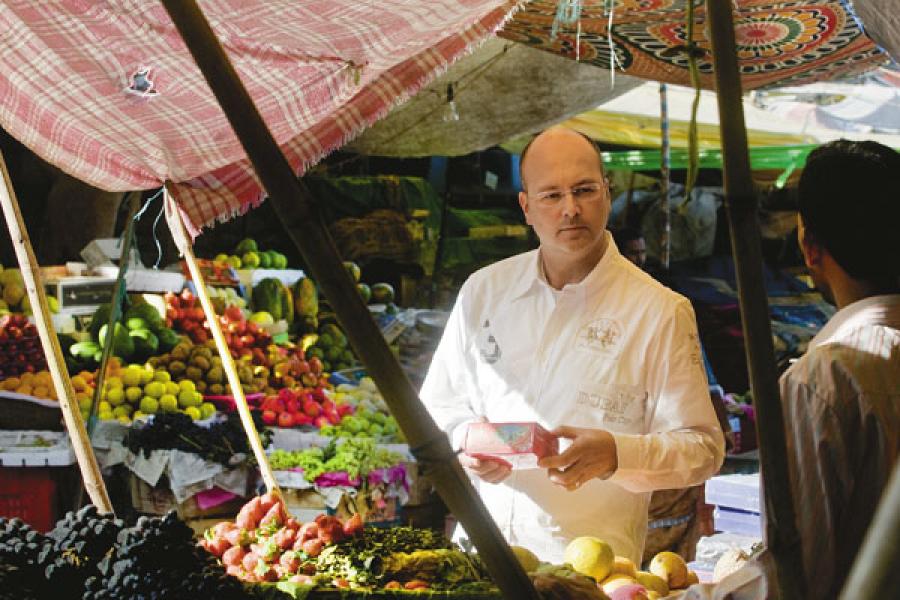 I was driving down the Autobahn in Germany one day when a cow strayed on to the road. Immediately, there was an announcement on the radio to warn car drivers about the cow. Every time I hear this warning while driving in Germany, I laugh out loud. I tell my friends there, that if we were to make announcements about cows straying on roads in India, we would need a separate radio broadcasting station completely dedicated to this!

When we were setting up operations in India, I would travel to India for two weeks and then go back to Germany. It would be a contrast and the impressions of India would stay with me. These impressions were very different — and sometimes also very strong. I am not used to having people knocking on the door of the car and crying children asking for alms. You see people sleeping on the street at night. Here it is unfortunately normal. I would also remember the vivid colours of the country.
Before India I was posted in Brazil for two-and-a-half years. I came to India in 2007 and was immediately struck by the strong cultural experience. In India culture is present everywhere in completely different variants — just see the colourful life around, how people are dressed, Indian music, old monuments. In Europe a lot of people think India is very interesting but many of them haven’t visited the country. Historically everything started here — look at the civilisations. India has a lot of cultures — because the country is so huge.
In India people are very interested. They want to know everything and like to give their recommendations and advice. Sometimes if you ask two people for recommendations here, you get three recommendations! When we had just come to India, we moved into a house in Juhu in Mumbai. The neighbourhood which we moved into was very open. It was Holi and there were all kinds of celebrations happening around us. People from our [housing] society came and said, “You have to come with us!” They invited us over to dinner. After that whenever they saw us around, they would talk to us warmly. When we moved to Pune, our neighbours promptly came to say hello. This is very different from Germany. In India it’s easy to form a discussion group outside. You only have to ask someone something and suddenly five people are around you and you can discuss like hell!
I set up office for Volkswagen in India. The amount of work that had to be done was tremendous but we managed it. I learnt some things along the way.
For instance, I realised that while dealing with government officials and business partners, face-to-face contact is very important. One shouldn’t deal with them only through written communication. If it is a personal interaction, it’s easier to explain things to them instead of sending emails.
People are different here as they are elsewhere. In India, if someone says “Yes”, what does it really mean? It could mean, “Yes, I’ll do it.” Or it could mean something completely different — “Yes, I have heard what you have said”! I realised that I have to ask the question a little bit differently. So I often ask again if he has really understood what I have said, what he will do next now or when can we meet again to talk about the result or something like that. Interestingly, in India the CVs that come to me are very very impressive. Sometimes though, when you talk to them, it looks a little different.
In India people respect hierarchy. In Germany it is less so. Brazil is also hierarchy-oriented but not as strong as India. In India I get the impression that people are looking for orientation and clear advice coming from the hierarchy. It’s also important to give the people freedom to do it and not go to them every five seconds to ask, “Have you done this? Have you done that?” Here, I feel, the thinking is a little bit different. People need a little more guidance here. But it’s a learning process — we are trying to instil this in our organisation that you have the freedom to decide. It is very important to implement a culture of trust, openness and responsibility.
I have learnt to be an Indian in some ways and accept some things as given. For instance, in India power-cuts are normal and we have learnt to deal accordingly, whereas in Germany a power-cut in the plant would be a major concern.
My family was used to living away from Germany so it was a soft landing in some ways. But it wasn’t so much of a soft landing in terms of food — they were used to eating things like beef. But they have adapted well — my nine-year-old son loves chicken tikka now. In fact, when we went to Germany over Christmas, I happened to open my son’s suitcase. He had carried a cricket bat all the way from India to show to his friends in Germany! No one plays cricket in Germany.
(As told to Neelima Mahajan-Bansal)