In two years, Micromax made its mark in the Indian mobile handset market dominated by Nokia. Now it’s ready to take on the leader 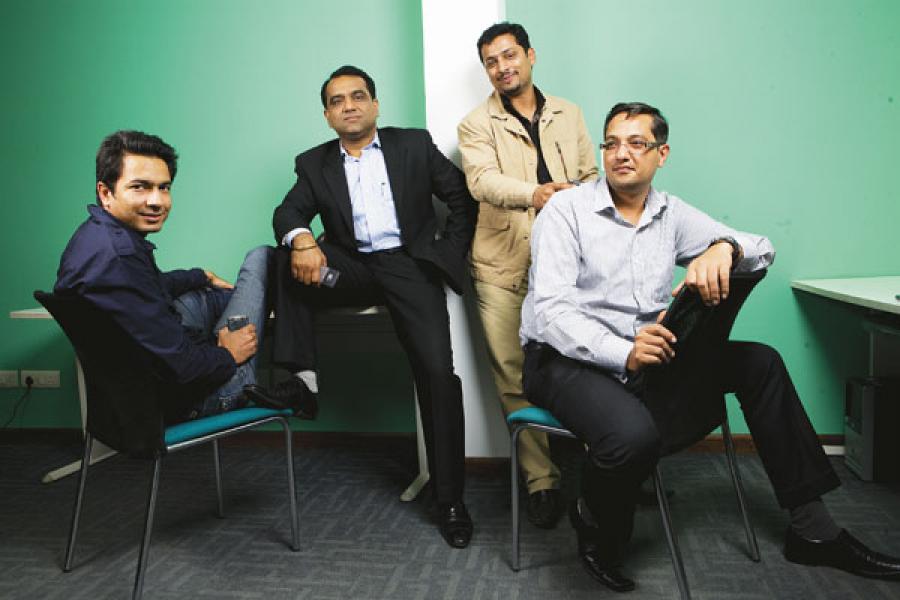 Four years after it was first recommended, mobile number portability still remains a paper concept. Yet for over nine months, Saurabh Raina, a 43-year-old employee with a switchgear manufacturer from Bhopal, is choosing the best monthly plans on offer across six different GSM operators while he can be reached on the same number he has had for over seven years.

The key lies inside his mobile phone — a full-keyboard (QWERTY) model called the “Q3” that supports two active GSM SIM cards at the same time. One of these he keeps constant as his “incoming number” to receive calls, while the other, he changes at will depending on which operator offers him the best tariffs.
This “dual-SIM” feature is today present in 20 to 30 percent of all mobile handsets sold in India, estimate experts. Yet market leader Nokia does not have a single dual-SIM handset in its vast repertoire of phone models for India. And the company that made Raina’s Q3 — Micromax Mobiles — offers this feature on 22 out of the 26 phone models it sells in India. The Q3 itself, though fancy looking, costs only Rs. 3,700.
Micromax is now India’s third-largest GSM mobile phone vendor with a market share of 6 percent after Nokia (62 percent) and Samsung (8 percent), according to research firm IDC. It sells anywhere from 700,000 to one million mobile phones every month. And by its own estimates it is now selling nearly Rs.1,500 crore worth of phones annually.
“We are not the poor cousins of Nokia,” says Vikas Jain, one of the four friends who together started and grew Micromax to its present position. “Instead we will force Nokia to launch newer products to compete with us.”
The guys at Micromax have two aces up their sleeve — a keen eye for what the customer needs, and the ability to swing their supply chain.
Though the company started making mobile phones only in 2008, it was founded in 1991 by Rajesh Agarwal as a distributor of computer hardware for brands like Dell, HP and Sony. In 1999 three of his friends — Sumeet Arora, Rahul Sharma and Vikas Jain — joined him as equal partners in the company.

Agarwal, the eldest of the four, keeps a handle on the company’s finances. The quieter Arora, a “class topper”, is the company’s chief technology officer. Jain manages Micromax’s alliances and partnerships with other companies. And the tall and fashionable Sharma is the risk taker with the big ideas.
It was Sharma who convinced the others, after nine years of selling computers, software courses and “fixed wireless” public phones (PCOs), to enter the crowded mobile phone market. The company’s first phone, the X1i, was born from the realisation that many Indian villages and towns didn’t get enough electricity to even recharge a phone daily.
Catering to a Need
By increasing the size of the battery to 1800 mAh, Micromax was able to tout a standby time of 30 days for the X1i. And at the rather affordable price of Rs. 2,150, the phone was a big success in rural India.
The unexpected success of Micromax’s first mobile phone taught the four friends two key lessons. One, “If you give people something that helps them in their day to day lives, they will buy it,” says Sharma. Two, even though there were over 50 companies selling mobile phones in India, with Nokia alone dominating over 60 percent of the market, there were features, niches and categories that could be carved out by a new entrant.
“We knew that competing on price along with Nokia, Samsung or LG would not get us anywhere. Instead we wanted to create, and own, categories,” says Agarwal.
The friends realised that intense competition among mobile operators for subscribers would inevitably lead to multiple connections per user. But carrying two phones around in your pockets wasn’t something most people fancied.

Micromax neither had the brand awareness of a Nokia that would lead to customers asking for its phones from retailers, nor the clout to force massive volumes through distributors. Yet it also saw that commissions given by phone manufacturers to their channel partners were often very low, leading to a lot of dissatisfaction. This is what they decided to capitalise on. “Nokia usually gives a channel margin of 2 percent, of which 1 percent is usually given away as discounts. The remaining 1 percent cannot sustain any business,” says Agarwal. Nokia could not respond to Forbes India’s queries for this story within the stipulated deadline.
So Micromax decided to give a 5 percent commission to each of its distribution chain partners — the 34 “super-distributors”, the 450 distributors and the 55,000 retailers. But there was a catch — it would not offer any credit. Instead distributors are expected to complete an online bank transfer to Micromax before getting any of its phones to sell further on.
“As a result we are not plagued with dead inventory, periodic schemes or issues around “price protection”. The retailer only picks up what he sees demand for. And because their money is involved, partners tend to work harder,” says Jain.
But having a lean, cash-based supply chain means Micromax has to be much more accurate and faster in its forecasting as compared to its bigger competitors.
Naveen Wadhera, a director with the $16 billion private equity firm TA Associates, finds Micromax’s supply chain one of its real strengths. “Their time-to-market from the design to production stage is around three months as compared to the 18 months taken by larger guys,” he says. TA Associates recently acquired an undisclosed stake (though less than 20 percent) in Micromax for $45 million, valuing it upwards of $225 million.
Still there are more sceptics than believers in the company.

Disproving the Disbelievers
Its sceptics say Micromax’ rise has been fuelled to a large extent by the Indian government’s decision to bar illegally-imported Chinese phones that lacked an identifying IMEI number. As consumers rushed to replace their cheap Chinese phones, many opted for the relatively cheap Micromax ones.
Others say without a strong consumer brand or control over its own distribution, it has no competitive advantage in the long term.
One way Micromax is responding is by committing to invest Rs.100 crore on marketing over the next two years. It has also signed up Hindi movie star Akshay Kumar as its brand ambassador. There will be a new tagline — “Boring is out” with advertising designed by ad agency Lowe.
And to the charge that Micromax is a maker of cheap phones, Jain replies, “We are not even present in the sub-$30 phone market, as our cheapest phone is Rs.1,400.” That segment is dominated by Nokia with a market share of close to 80 percent.
But better responses can be found inside the buzzing Micromax office in Gurgaon. A 35-person research and development team churns out designs and prototype of new mobile phones — some radically different, some only slightly so.
There’s a sleek and shiny white square studded with Swarovski crystals which slides open to reveal a QWERTY keypad. Another sports a small clip on the bottom which is really a wireless Bluetooth earpiece which can be unplugged and used. A third bills itself as a remote control for your TV and DVD player, apart from its regular phone features.
But the most exciting of the prototypes is one called the “secret weapon”. Slated for a high profile launch during the upcoming IPL cricket tournament, it could define the next big category for the upstart company.
An excited Sharma holds the new phone in his hand, before suddenly swinging it at the laptop in front. On screen a tennis player serves the ball to his opponent. It acts like a wireless, motion-sensing controller for computer games like tennis or golf, like the Nintendo Wii.
“This phone can convert every PC and laptop from Hapur to Varanasi into a gaming device, especially for those who can’t afford to spend Rs. 20,000 on the Wii. And even if he is not into games, his kids will ask for his phone the moment he comes home in the evening,” says Sharma.

Show More
Get the latest stories, videos, and podcasts from Forbes India directly in your inbox every Saturday
Thank you for your comment, we value your opinion and the time you took to write to us!
Comments 47

Tweets by @forbesindia
GDP: And The Right Number Is...
Volkswagen India's Joerg Mueller: I Have Learnt To Be An Indian In Some Ways