Banks are in the best position to lead financial inclusion. They have just got more teeth from the banking correspondent model and a sharper focus on self-help groups 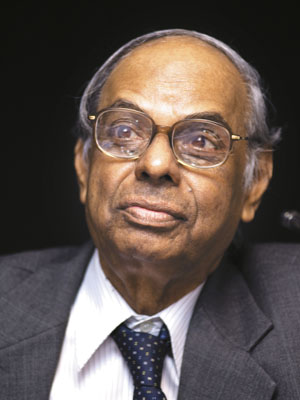 The nationalisation of major commercial banks in 1969 was an important landmark in the history of financial inclusion. It was felt that the nationalised banks can make a big push into the rural areas. To some extent, this has happened. But the fact remains that despite a very focussed expansion of branches in the rural and semi-urban areas, we have not been able to reach out to the poor farm households and therefore a re-think has started now as to what more can be done.

An important development in the last 15-odd years has been the organisation of Self-Help Groups (SHGs) or small groups of people who could borrow from the banking system. In some ways the SHGs movement has been a success. But it is also seen that it is concentrated much more in the South and therefore there is a regional disparity in terms of the growth of the SHGs. We need to look for an organisational mechanism that would combine the widespread opening of the branches of the rural areas and the SHG movement.

There are multiple institutions involved in financial inclusion. There are the rural branches of commercial banks, rural branches of regional rural banks, the micro finance institutions (MFIs) and some not-for-profit societies. We should encourage all types of institutions in this mission but I think that the banking-linked programme would be the most important, because banks have the resources. If the banking system can find the appropriate delivery system, then that would be the most ideal thing. It is in this context that the scheme of business correspondents becomes extremely important.

Surely, there are some problems relating to the BC model. One is about who should bear the additional costs of introducing such a new tier of operation. Having business correspondents implies extra costs. These costs may not be very high — they would be much lower than what the banks will have to bear if they were doing the business directly — but nevertheless there is an additional cost.

As far as the borrower is concerned, he cannot be asked to pay different rate just because the loan passes through a business correspondent. There can only be one rate at which the bank can lend whether it lends directly or through a business correspondent. Therefore the banks will have to decide as to how to bear these additional costs. The committee on financial inclusion, appointed by the government under my chairmanship, had indicated that at least 50 percent of the financially excluded households must be covered by 2012 through rural and semi-urban branches.

Can we achieve that? To me, it depends on how well the BC model takes off. Otherwise too, it is possible because if you look at the numbers, it is doable given that we have 40,000 rural and semi-urban bank branches. But the two pillars of financial inclusion — the SHG-bank linkage and the BC Model — can make a
huge difference.

Dr. C. Rangarajan is the chairman of the Prime Minister’s Economic Advisory Council. He is a former RBI Governor and Governor of Andhra Pradesh.

Tweets by @forbes_india
4 Ideas to Shape the Future of Finance
Jonathan Morduch: Come What May