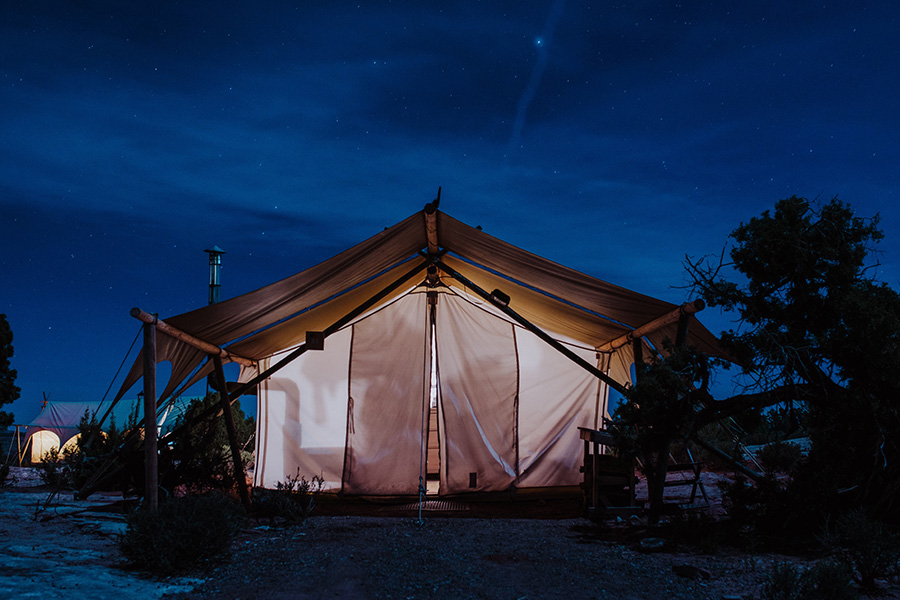 Campsites around the world are attracting an ever-growing number of visitors, and some of these new fans are helping to reshape the image of these places. More comfortable, more luxurious, campsites are becoming glamorous, under the influence of Instagram.

Whether it's the hijinks of John Candy and Dan Akroyd in "The Great Outdoors" or Bob Munro's green recreational vehicle in the feature film "RV" with Robin Williams, the entertainment industry has long played on camping clichés to create comedic content. But while such films may also show the beauty of nature and the appeal of camp vacations, they helped to contribute to some stereotypical views of camping, views that are being shattered by camping's recent glamorous manifestations.

Before the pandemic, camping had been steadily attracting new fans in the USA but in 2020 it really took off, with the percentage of first-time campers growing five-fold, according to Kampgrounds of America (KOA) data. And it doesn't seem to be slowing down this year. The KOA Annual North American Camping Report indicated that families with children planned to take more camping trips, while millennials and Gen X campers were looking forward to being able to do more camping this year thanks to the vaccine. The report also obsereved that there was significant interest in trying new experiences such as glamping.

From camping to glamping
Camping is finding new fans among a more affluent demographic in search of comfort, nature, and luxury. And so when camping gets glamorous, we get the term "glamping" and a huge variety of different types of glamping experiences. A portmanteau word combining "glamour" and "camping," the concept describes original overnight stays, like sleeping in a yurt in the middle of nature or spending the night in a bubble structure in the forest. Now it also extends to the rental of a luxury tent, a cabin or cottage, or a mobile home, according to the website Camping.com.

While glamping tends to describe a different level of camping experience, the increasing offer of glamping experiences and their popularity could be having an impact on what vacationers are looking for from campsites, increasingly seeking out certain comforts and luxuries. KOA notes that many campers tend to ease into the activity through RVs and cabins. Indeed the KOA report found that the level of comfort experienced by first-time campers at a campground had a big impact on their intention to camp the next year, with those who enjoyed more facilities and amenities more likely to continue camping.

With 34.9% of the market share, Europe may be home to the most fans of the vacation lifestyle known as glamping according to the consulting firm Grand View Research. But glamping is also a hit in North America, where in 2019, 30% of all leisure travelers were "glampers." According to their report, the global glamping market is expected to reach $5.41 billion in 2028, slightly more than double 2021.

Thank you Instagram?
A look at social network Instagram opens up a world of possibilities in the realm of glamping. Travel content has proliferated, and accounts touting the aesthetic aspect of adventure, camping and nature are contributing to their glamorization. A study published in 2017 by the website Expedia revealed that two-thirds of 18-35 respondents admitted to being influenced by the social network in choosing vacation destinations. Instagram most likely plays a role in camping's stylish evolution as well as in attracting new vacationers to the activity.

Tweets by @forbesindia
At $1.7 billion, Rihanna is wealthiest female musician in the world
From Amazon to Netflix: Here's how much big tech companies earn per minute