How to run away from it all...

In times of social distancing, private charters, island rentals, luxurious road trips and unexplored safaris are the preferred options for those wanting to get away from it all 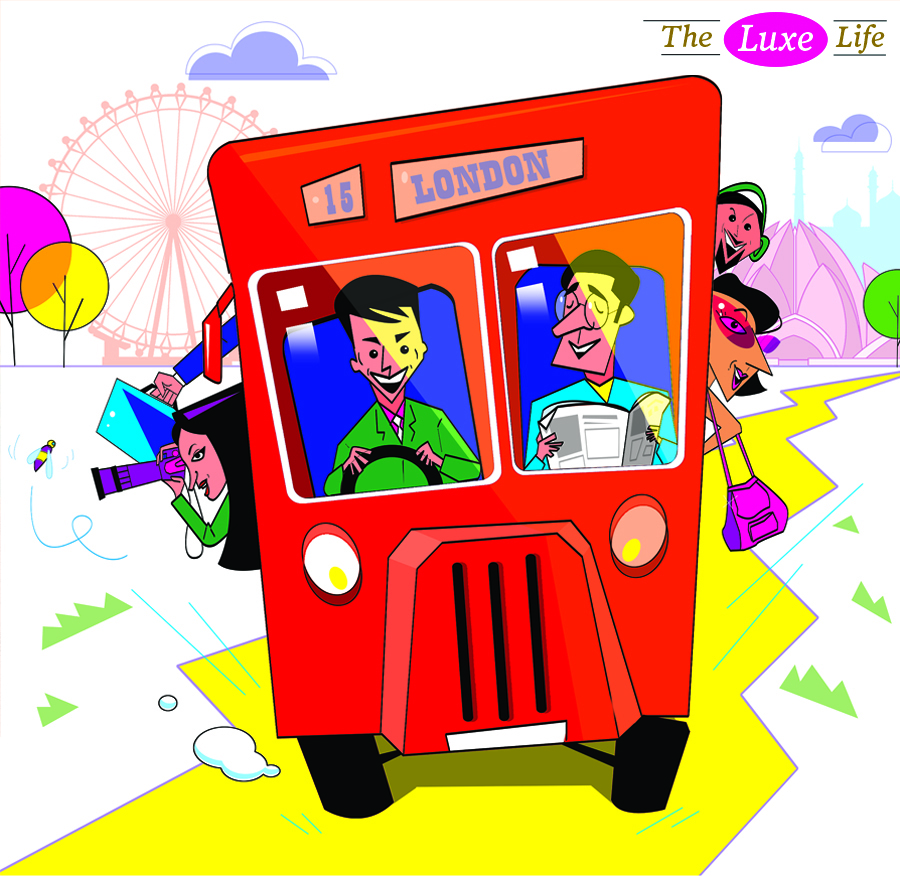 
A 20,000 km road trip in a super luxurious 20-seater bus from Delhi to London covering 18 countries in 70 days—from Thailand and Laos, to China, Uzbekistan, Russia and Poland—it’s the unconventional trip of a lifetime.

Launched by expedition company Adventures Overland, and set to take off in May 2021, the planned trip has received close to 50,000 registrations from 192 countries since it was announced in August 2020.

In a world hit by Covid-19, there is a huge pent-up demand for travel, and with social distancing the norm, private charters, island retreats and off-beat trips have become key words with the swish set.

Adventures Overland has been running annual self-drive car trips to London on the route for the past three years and, amid the pandemic, decided to do a bus on the same route to cater to those seeking luxurious adventure. “We will be opening up bookings only towards the end of the year, and we’ll only be taking 20 people for each trip,” says Sanjay Madan, co-founder, Adventures Overland. Madan and co-founder Tushar Agarwal have plans to convert a 45-seater bus into a super luxurious 20-seater bus with amenities including recliner seats, a personal entertainment system, Wi-Fi and a pantry.

The first part of the trip will be to London, and after a one-month break, the second part will be the return to India with a different set of travellers. Currently, the trip has been launched at ₹15 lakh per person for a one-way journey.

Adventures Overland has also been getting a lot of queries for their ‘Road to London’ self-drive trip, costing ₹22 lakh per person, which was scheduled for 2020 and has been now been moved to 2021. “Some clients have also paid their deposits,” claims Madan, adding that due to the pandemic, the trend of on-road trips is on the rise since it is one of the very few options available. 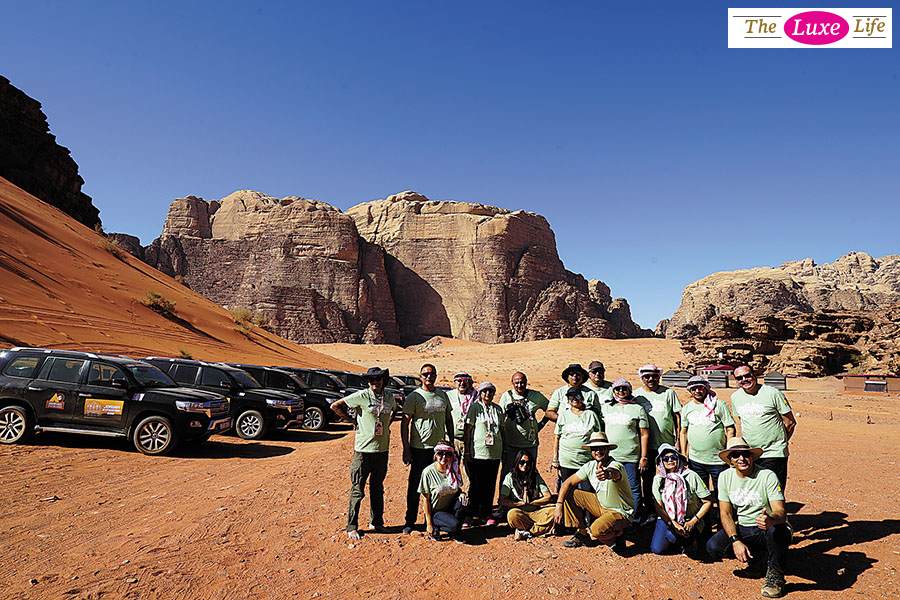 To cater to the rising demand, the company—which otherwise only did one road trip in India—has also launched another four-five. “Since the last two months, we were getting queries from clients for India-focussed trips. We have launched road trips in Rajasthan, Gujarat, Madhya Pradesh, North East and are thinking of adding one more trip in Uttarakhand as well. While we’ve started taking bookings, the road trips will happen only from December,” says Agarwal adding that some of their regular HNI clients are looking forward to exploring off-beat locations in India.

While people are keen on taking up these adventures, their priorities have changed. Says Madan, “Earlier their priorities would be hotels and places to visit, but now questions are mostly about social distancing or about how safe it is or if we are going into any crowded areas.” So instead of taking refreshment breaks when on the road, the Adventures Overland team now hopes to organise picnics, providing the groups with a picnic basket. Additionally, as a safety measure, they are asking hotels to keep rooms vacant for a day before clients arrive. 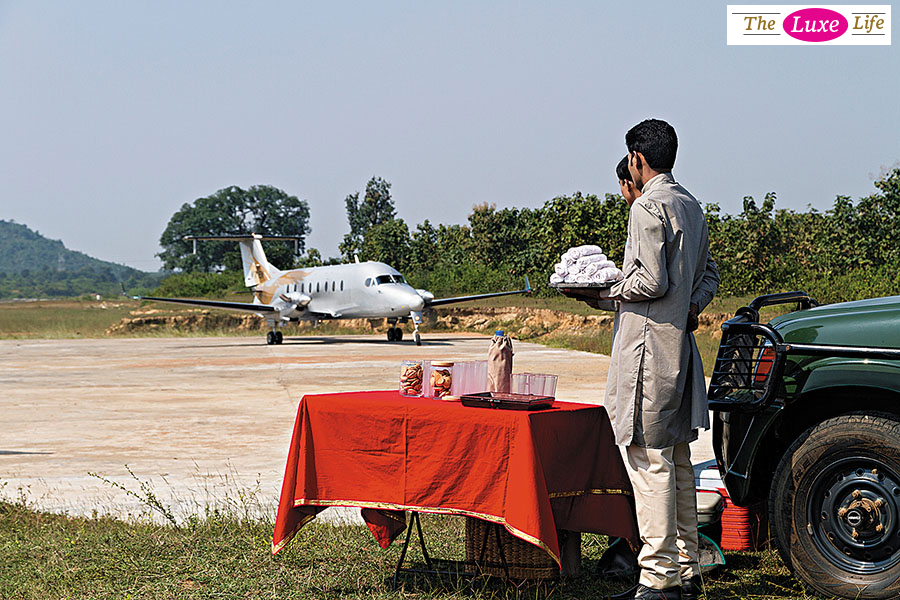 Like road trips, luxury safaris are turning out to be another popular option among HNIs when it comes to off-beat travel. Ahmedabad-based Safari Crafters, founded by Kairav Engineer and which caters to the top business families mostly in Ahmedabad, has seen the number of inquiries and bookings double from what they used to get pre-Covid. “People are slightly more sceptical about visiting cities right now, they prefer less crowded and more off-beat places now,” says Engineer. Unexplored and less crowded sanctuaries such as The Blackbuck Lodge (Velavadar), Pench, Kanha and Bandhavgarh National Parks, Tadoba Andhari Tiger Reserve and Jawai Bandh area are increasing in popularity and queries for visits to these started as soon as the national parks opened in June.

With safety being a major concern, most of their clients prefer to drive down. However, for a few clients, Safari Crafters also arranges for charter flights. For instance, it flies in till Jaipur those looking to visit the Ranthambore National Park. “From there, a chauffeured Land Rover or Audi drives them till Ranthambore,” says Engineer, VP, business development, for Astral Pipes. An avid wildlife photographer, Engineer and his family have taken a trip to Ranthambore in June and are planning one this October as well. 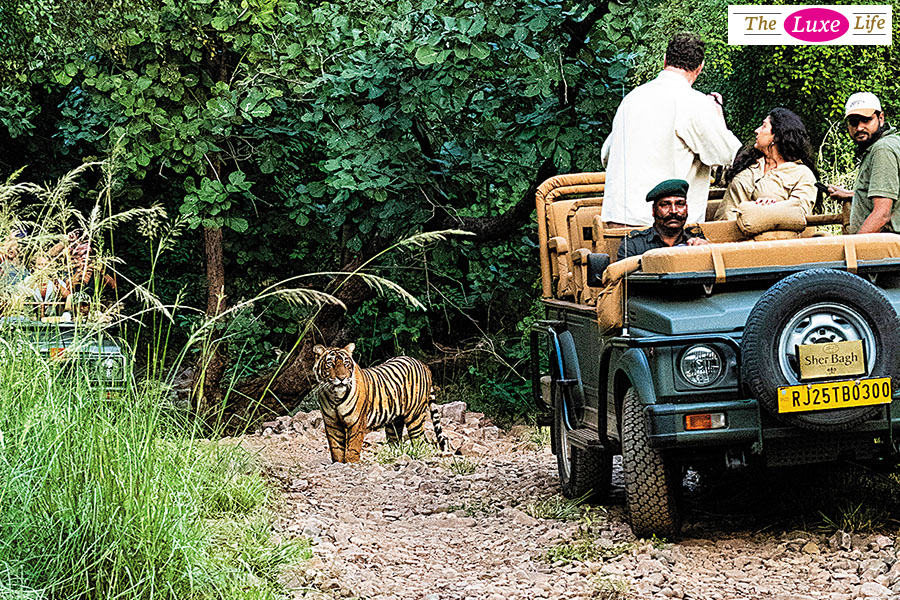 Tourists on a luxury safari at the Ranthambore National Park in Rajasthan
Image: Courtesy Safari Crafters

“People are seeing luxurious domestic travel as an alternative to a vacation in Europe, Southeast Asia or the US. Some of them are also comparing a luxury safari in India to one in Africa, especially in terms of budgets. Since they don’t end up spending $4,000-5,000 per person for a safari in Africa, they are open to spending close to $3,000 for a safari in India instead,” says Engineer, adding that all safety precautions are being taken care of, from fewer people in a safari vehicle to sanitising the vehicle in front of the guests. The approximate budgets for luxury safaris trips in India, especially when taking a charter flight, comes to ₹4-4.5 lakh per person.

Private travel designer Amit Kalsi agrees with Engineer that HNIs have been shying away from urban, big cities. “The motivation and preference to travel have changed. It’s more of a need to travel, take a break from daily Covid threats and numbers, try to reconnect with nature, their inner self, with their loved ones for a few days to weeks,” says the founder & CEO of Experiential Travel Journeys. 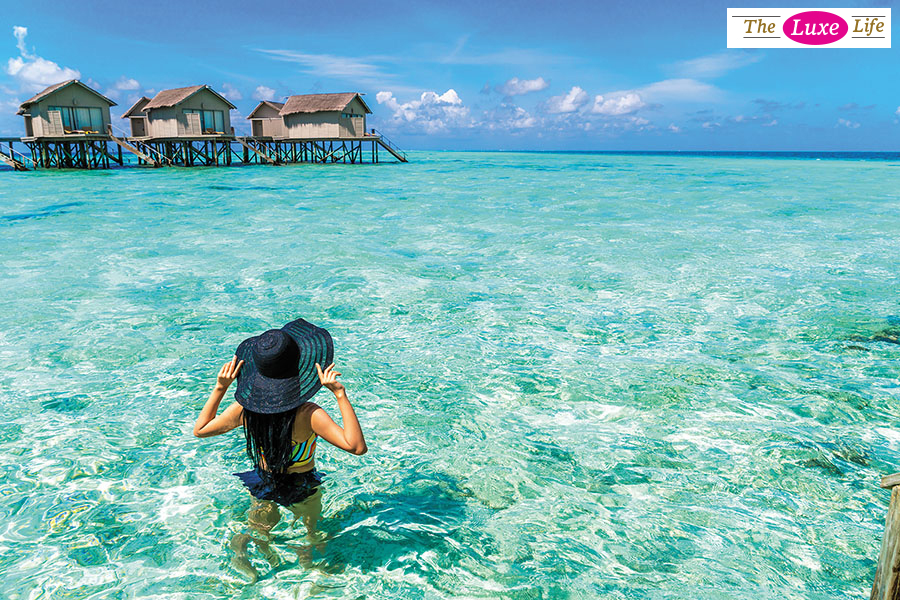 A lot of people are now preferring secluded destinations, such as a private island in Maldives, where they can go for ‘workacations’
Image: Shutterstock

Considering only a handful of destinations are open to Indian tourists without quarantine, like Maldives, Dubai, Ras Al Khaimah, Kenya, Tanzania and Egypt, most of his clients are planning Christmas and New Year breaks at destinations without quarantine restrictions and with good medical infrastructure. “As a trend and demand from clients, we are trying to offer options which can be planned around creating a safety travel bubble or a luxury cocoon,” he explains. “Private villas, island resorts, jets, cruise-lovers looking at private yachts (since they won’t seek a cruise vacation sharing with other guests) are all gaining popularity.” Kalsi has booked an expedition for a client in Leh chasing snow leopards for March 2021, which is subject to the lodge opening for the season.

A Private Affair
Boutique properties with fewer rooms are preferred over larger chain hotels, and, besides private villas, some private islands are also gaining in popularity. In June, Pritish Shah, CEO of A Travel Duet, a boutique and luxury travel design company, launched a brand called A Travel Circle, which specialises in private trips with everything from private jets to private villas.  “One of the biggest bookings we closed was a private island in Maldives, where a couple is throwing a pre-wedding bash. Since they can’t do an overseas wedding, they are choosing to host a party for friends instead,” he says.

Shah is also working on a query where there are 12 couples from the UAE who want to travel to France in January-February 2021, and plan to rent an entire luxurious villa with 12 bedrooms, a private chef, ski lessons and spa facilities.

Loveleen Arun, founder and director of luxury travel company Panache World believes “regenerative and transformational travel” is another trend likely to pick up. For instance, she recalls that pre-Covid they planned a trip for a couple to go to Japan for the cherry blossom season. “While a lot of people do that, this couple wanted to feel at one with the cherry blossoms,” she says. “So we designed a 10-day pilgrim route, which was all about starting from one city and then they would walk for three-four hours through forests, and live in monasteries or ryokans.” To make it more interesting for the couple, Arun and her team arranged for various artistes, such as a sushi chef, indigo dyes or metal artistes, to teach them something new every evening.

While those who have their private jets have organised special permits and left to protect themselves from the virus because India is a hotspot right now, others are going on ‘workacation’ packages for longer durations, which include customised meal options and good internet speeds. A client and his wife, Shah says, moved to a luxurious villa in Maldives for close to a month. “People are realising that when they have the affordability, why not work from a better location since one is anyway working from home,” says Shah, adding that this segment has a lot of potential going forward.

“Earlier the priorities would be hotels and places to visit, but now questions are mostly about social distancing or about how safe it is or if we are going into any crowded areas.”

(This story appears in the 23 October, 2020 issue of Forbes India. To visit our Archives, click here.)