According to Christie's, this was the first time that an edition of the novel in the original bindings has appeared at auction since 1985 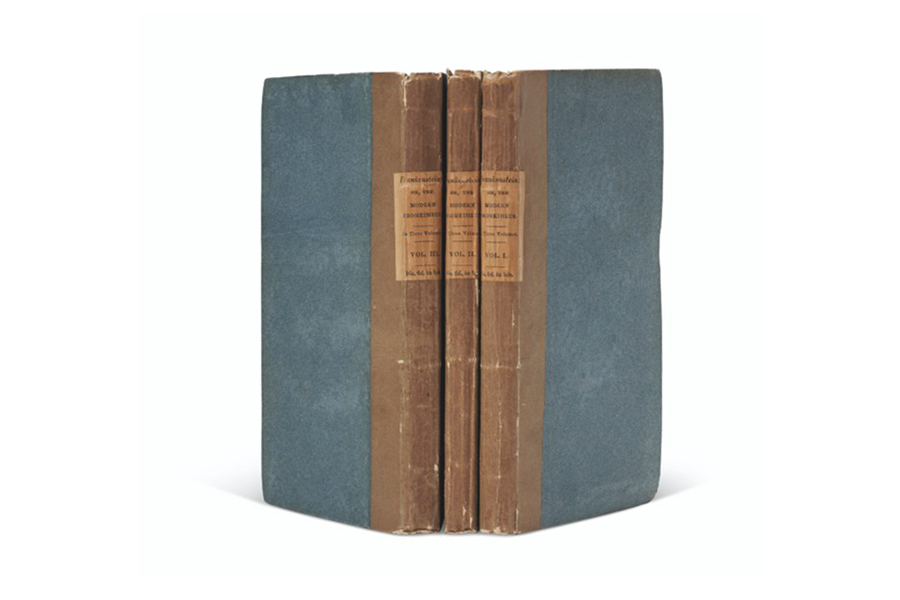 In an unmissable event for literature lovers, September 14, Christie's disbanded part of Theodore B. Baum's impressive collection of books. Among them was a first edition of Mary Shelley's "Frankenstein," which sold for $1.17 million.

The literary work far exceeded expectations, as Christie's had initially estimated the book to fetch between $200,000 and $300,000. Bids rose quickly due to the rarity of this version of "Frankenstein." According to the auction house, this was the first time that an edition of the novel in the original bindings has appeared at auction since 1985.

Moreover, only 500 copies of "Frankenstein" were printed on January 1, 1818, when Mary Shelley first published the work. They all contain a preface written by the author's husband, Percy Shelley, and a dedication to her father, William Godwin.

"Frankenstein" came about during the rainy summer of 1816 on the shores of Lake Geneva, where Mary Shelley and her husband were staying with Lord Byron. Lord Byron had suggested to the group, who had been enjoying reading French translations of German ghost stories, that they each write their own such tale.

In the preface to the 1831 edition, Mary Shelley recounts the origins of her best-known novel: "I busied myself to think of a story—a story to rival those which had excited us to this task. One which would speak to the mysterious fears of our nature, and awaken thrilling horror—one to make the reader dread to look round, to curdle the blood, and quicken the beatings of the heart."

From Charles Darwin to James Joyce

"The Exceptional Literature Collection of Theodore B. Baum: Part One," held September 14 in New York, saw other exceptional works of literature go under the hammer. Among them, a first edition of Charles Darwin's "Origin of Species," which sold for $562,500, and a complete copy of William Shakespeare's "Second Folio," which sold for $400,000.

Christie's will continue to sell the treasures of the late Theodore B. Baum's book collection in a second dedicated sale, concluding September 17. On this occasion, book lovers and collectors will be able to bid for a copy of James Joyce's "Dubliners," estimated at between $150,000 and $250,000.

"Mr. Baum built his library over the course of decades, waiting patiently for each title to come on the market, either through private dealers or at auction," Heather Weintraub, book and manuscript specialist and head of the sale at Christie's, told Penta. "Nearly every book shares remarkable condition and impeccable provenance."