During her tenure, economists say, Germany neglected to build world-class digital infrastructure, bungled a hasty exit from nuclear power, and became alarmingly dependent on China as a market for its autos and other exports

By Jack Ewing and Melissa Eddy 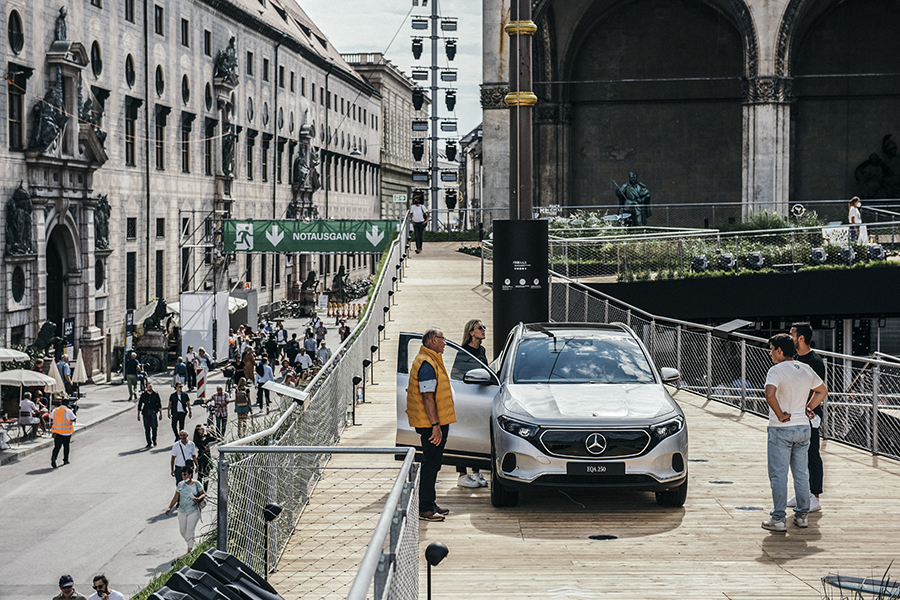 During her 16 years as Germany’s chancellor, Angela Merkel has become an international avatar of calm, reason and democratic values for the way she handled crises that included a near financial meltdown of the eurozone, the arrival of more than 1 million migrants and a pandemic.
Today Germany is an economic colossus, the engine of Europe, enjoying prosperity and near full employment despite the pandemic. But can it last?
That is the question looming as Merkel prepares to leave the political stage after national elections on Sept. 26. There are signs that Germany is economically vulnerable, losing competitiveness and unprepared for a future shaped by technology and the rivalry between the United States and China.
During her tenure, economists say, Germany neglected to build world-class digital infrastructure, bungled a hasty exit from nuclear power, and became alarmingly dependent on China as a market for its autos and other exports.

The China question is especially complex. Germany’s strong growth during Merkel’s tenure was largely a result of trade with China, which she helped promote. But, increasingly, China is becoming a competitor in areas like industrial machinery and electric vehicles.
Economists say that Germany has not invested enough in education and in emerging technologies like artificial intelligence and electric vehicles. Germans pay some of the highest energy prices in the world because Merkel pushed to close nuclear power plants, without expanding the country’s network of renewable energy sources enough to cover the deficit.
“That is going to come back to haunt Germany in the next 10 years,” said Guntram Wolff, director of Bruegel, a research institute in Brussels.
There was never much pressure on Merkel to focus on fundamental economic policy because the German economy has boomed during her tenure. Germany has recovered from the pandemic faster than other European countries like France or Italy.
But the pandemic has also exposed Germany’s economic dependence on China.
In 2005, China accounted for a fraction of German exports. Last year it surpassed the United States as Germany’s largest trading partner. China is the biggest market by far for automakers Volkswagen, Mercedes-Benz and BMW. German companies have also thrived by equipping Chinese factories with machine tools and other industrial goods that made China an export powerhouse.
Merkel’s supporters say that she has helped the German economy dodge some bullets. Her sharp political instincts proved valuable during a eurozone debt crisis that began in 2010 and nearly destroyed the currency that Germany shares with 18 other countries. Merkel arguably kept hard-liners in her own Christian Democratic Union in check as the European Central Bank printed money to help stricken countries like Greece, Italy and Spain.
But her longtime finance minister, Wolfgang Schäuble, was also a leading enforcer of policies that protected German banks while imposing harsh austerity on southern Europe. At the time, Germany refused to back the idea of collective European debt — a position that Merkel abandoned last year, when faced with the fallout from a pandemic that threatened European unity.
Merkel had some luck on her side, too. The former communist states of East Germany largely caught up during her tenure. And Merkel profited from reforms made by her predecessor, Gerhard Schröder, which made it easier for firms to hire and fire and put pressure on unemployed people to take low-wage jobs.
Schröder’s economic overhaul led to a sharp decline in unemployment, from more than 11% when Merkel took office to less than 4%. But the changes were unpopular because they weakened regulations that shielded Germans from layoffs. They paved the way for Schröder’s defeat by Merkel in 2005.
The lesson for German politicians was that it was better not to tamper with Germans’ privileges, and for the most part Merkel did not. Many of the jobs created were low wage and offered limited chances for upward mobility. The result has also been a rise in social disparity, with a rapidly aging population increasingly threatened by poverty.
“Over the past 15 to 16 years we have seen a clear increase in the number of people who live below the poverty line and are threatened,” said Marcel Fratzscher, an economist at the DIW research institute in Berlin. “Although the 2010 years were very economically successful, not everyone has benefited.”
Merkel’s failure to invest more in infrastructure, research and education, despite her background as a doctor of physics, also reflects the German aversion to public debt. Schäuble, as finance minister, enforced fiscal discipline that prioritized budget surpluses over investment. The German parliament, controlled by Merkel’s party, even enshrined balanced budgets in law, a so-called debt brake.
The frugal policies were popular among Germans who associate deficit spending with runaway inflation. But they also let Germany fall behind other nations.
Since 2016 Germany has slipped from 15th to 18th place in rankings of digital competitiveness by the Institute for Management and Development in Lausanne, Switzerland, which attributed the decline partly to inferior training and education as well as government regulations. Between 40% to 50% of all workers in Germany will need to retrain in digital skills to keep working within the next decade, according to the Labor Ministry. Most German schools lack broadband internet and teachers are reluctant to use digital learning tools — a situation that became woefully apparent during the coronavirus lockdowns.
“Technology is strategic. It’s a key instrument in the systemic rivalry we have with China,” Omid Nouripour, a lawmaker who speaks for the Green Party on foreign affairs, said during an online discussion this month organized by Berenberg Bank. “We didn’t create enough awareness of that in the past.”

Tweets by @forbes_india
Small finance banks: Hurt but not out
First edition of Mary Shelley's 'Frankenstein' tops $1 million at auction