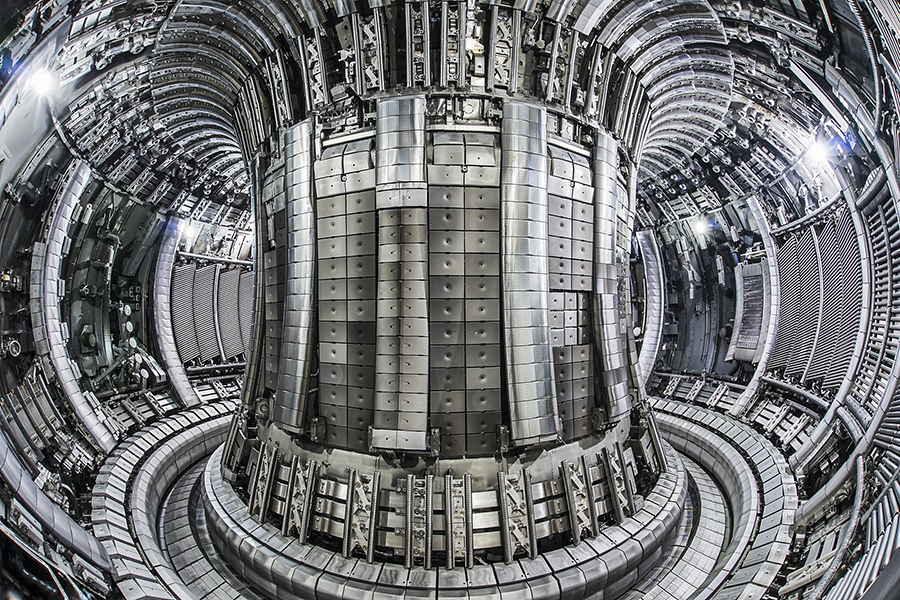 In an undated photo from EUROfusion, an internal view of the Joint European Torus vessel with a complete metallic wall of beryllium and tungsten at the Culham Centre for Fusion Energy in Abingdon, England. Image: EUROfusion via The New York Times

A startup founded by scientists at the Massachusetts Institute of Technology says it is nearing a technological milestone that could take the world a step closer to fusion energy, which has eluded scientists for decades.
Researchers at MIT's Plasma Science and Fusion Center and engineers at the company, Commonwealth Fusion Systems, have begun testing an extremely powerful magnet that is needed to generate immense heat that can then be converted to electricity. It would open the gates toward what they believe could eventually be a fusion reactor.
Fusion energy has long been held out as one of the most significant technologies needed to combat the effects of climate change because it could generate an abundance of inexpensive clean energy.
But there have been no commercial payoffs for fusion research, despite decades of investment and often overly aggressive promises. While there is a long history of international experimentation, scientists have not yet created fusion systems that generate more power than they consume.

Like traditional nuclear fission power, which splits atoms, fusion energy would not consume fossil fuel and would not produce greenhouse gases. It would be more desirable than nuclear fission because its fuel, usually hydrogen isotopes, is more plentiful than the uranium used by current nuclear plants, and because fusion plants would generate less-dangerous and fewer radioactive wastes.
Though a fusion energy breakthrough remains elusive, it is still held out as one of the possible high-technology paths to ending reliance on fossil fuels. And some researchers believe that fusion research could finally take a leap forward this decade.
More than two dozen private ventures in the United States, Europe, China and Australia and government-funded consortia are now investing heavily in efforts to build commercial fusion reactors. Total investment by people such as Bill Gates and Jeff Bezos is edging toward $2 billion.
The federal government is also spending about $600 million each year on fusion research, and there is a proposed amendment to add $1 billion to the Biden administration’s infrastructure bill, said Andrew Holland, CEO of the Fusion Industry Association.
Some of the startups and consortia are building powerful lasers to generate fusion reactions, and others are exploring new kinds of fuels. Most of them are professing a similar vision — that they will be able to prove that their technology can produce competitively priced electricity this decade and build commercial plants to feed electricity into power grids soon after 2030.
Commonwealth’s new magnet, which will be one of the world’s most powerful, will be a crucial component in a compact nuclear fusion reactor known as a Tokamak, a design that uses magnetic forces to compress plasma until it is hotter than the sun. The reactor looks like a doughnut-shaped jar surrounded by magnets. Soviet physicists originally envisioned it in the 1950s.
Commonwealth Fusion executives claim that the magnet is a significant technology breakthrough that will make Tokamak designs commercially viable for the first time. They say they are not yet ready to test their reactor prototype, but the researchers are finishing the magnet and hope it will be workable by 2025.
The scientists in Massachusetts hope that this month they will demonstrate a magnetic field that is almost twice the strength of the magnets planned for use by a global consortium of the European Union and six other countries that is assembling a reactor in Cadarache, France. The consortium hopes to begin generating electricity at the site in 2035.
“If you go to a much higher magnetic field, you can go to a much smaller size,” said Bob Mumgaard, a plasma physicist who is CEO of Commonwealth. He said that if it was possible to build a device just one-fiftieth the size of the planned reactor in France — which will be roughly as big as a soccer field — it would be able to generate almost as much power. 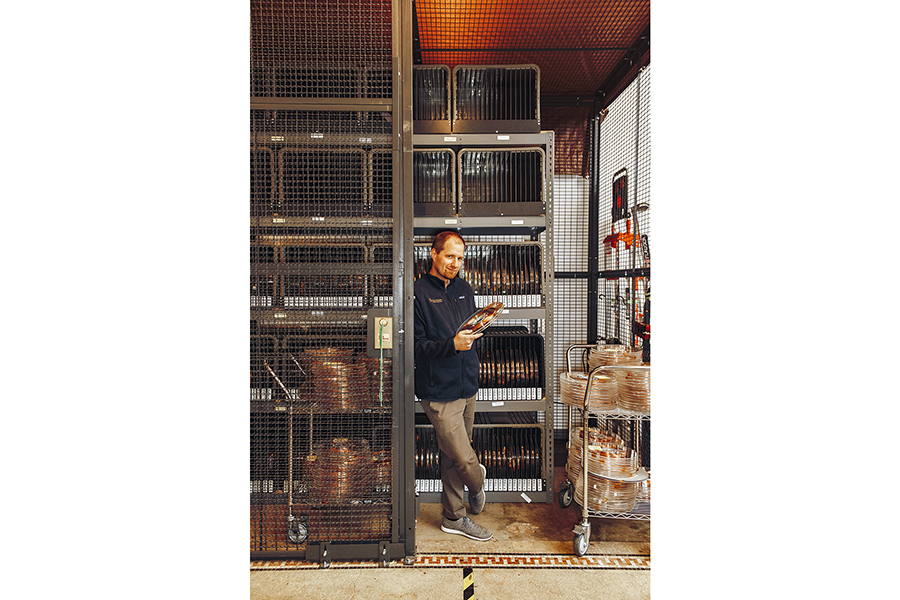 Bob Mumgaard, a plasma physicist and chief executive of Commonwealth Fusion Systems, in Cambridge, Mass., June 25, 2021. The company, founded by scientists at MIT, has been testing an extremely powerful magnet necessary to generate immense heat.
Image: Tony Luong/The New York Times
Commonwealth’s magnet will be one of 20 used to create a doughnut-shaped vessel in a space roughly the size of a tennis court. This year, Commonwealth established a 47-acre site in Devens, Massachusetts, where it will build both its prototype reactor and a factory for the magnets. The magnets are made by depositing a thin film of exotic materials on a videotape-like backing that is then wound around a bottle that is used to contain the fusion reaction.
Commonwealth, which has raised more than $250 million so far and employs 150 people, received a significant boost last year when physicists at MIT's Plasma Science and Fusion Center and the company published seven peer-reviewed papers in the Journal of Plasma Physics explaining that the reactor will work as planned.
What remains to be proved is that the Commonwealth prototype reactor can produce more energy than it consumes, an ability that physicists define as Q greater than 1. The company is hoping that its prototype, when complete, will produce 10 times the energy it consumes.
Daniel Jassby, a retired plasma physicist at Princeton University, has written critical essays about the commercial potential of fusion power in the Bulletin of the Atomic Scientists and in Physics & Society. He described some of the startup companies as being engaged in “voodoo fusion energy.” A number of the companies have not yet demonstrated that their technologies will create fusion reactions.
He separates Commonwealth from this category because Tokamak designs have generated fusion power. But he argues that new fusion technologies will be unlikely to produce cheap electric power.
“Their claims are unjustified,” Jassby said in an interview. “They might be able to make something like that work eventually, but not on the time scale they’re talking about.”
In response, Mumgaard said Jassby was not considering the power of the new technical advances that his Commonwealth and the MIT researchers will soon achieve.
He said that unlike other energy sources, fusion would create energy largely without a resource. “You add up all the costs, the cost of normal stuff like concrete and steel, and it will make as much power as a gas plant, but without having to pay for the gas,” Mumgaard said.