Winter is Coming: Game of Thrones lives on in Northern Ireland

The TV series may be done, but it continues to attract thousands of tourists to Northern Ireland, where it is being kept alive through various initiatives 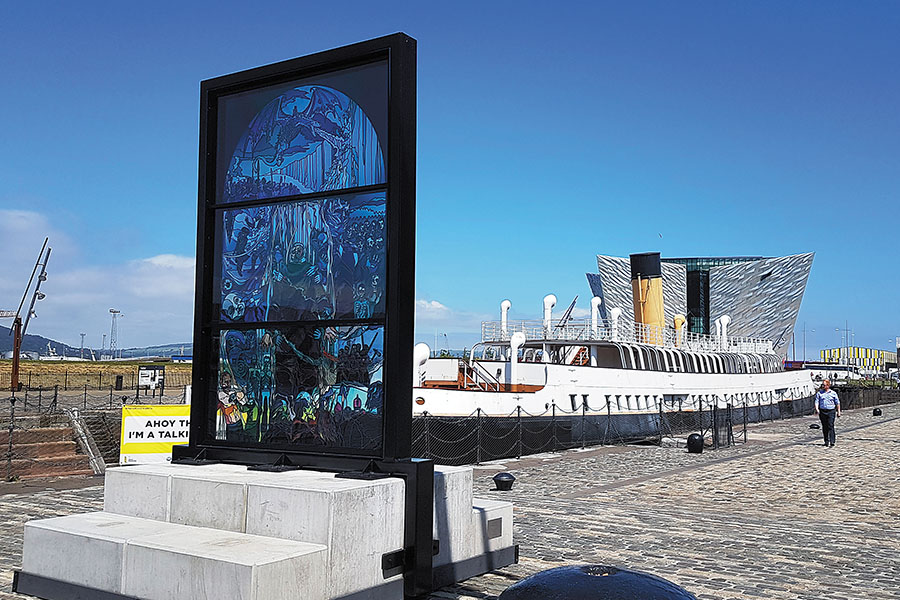 One of the six stained glass installations across Belfast, known as Glass Of Thrones
Image: Khursheed Dinshaw


On the dining table of Ballygally Castle in Northern Ireland is a centre candle stand, surrounded by swords, and the chairs have cloaks draped over their backs. On my menu there is King’s Landing sweet pumpkin soup with castle black bread, Sansa’s lemon cake, Dothraki trifle and Arya’s blueberry tart. For, although the Game of Thrones (GoT) series, which walked away with the award for Best Outstanding Drama at the Emmy Awards in September, came to an end on television this May, Northern Ireland, where extensive parts of the show was filmed, continues to draw thousands of fans who flock to get a taste of it.

The recipes have been taken from author George RR Martin’s cookbook called A Feast of Ice & Fire, the official companion cookbook for GoT, and the three-course meal could be customised to nine courses, says Norman McBride, general manager of the hotel. The GoT-theme meal is just one of more than 25 GoT-related visitor experiences—there are guided tours by coach, interactive experiences, culinary experiences and self-guided tours—that have sprung up in the region from 2013, two years after the series began on TV. 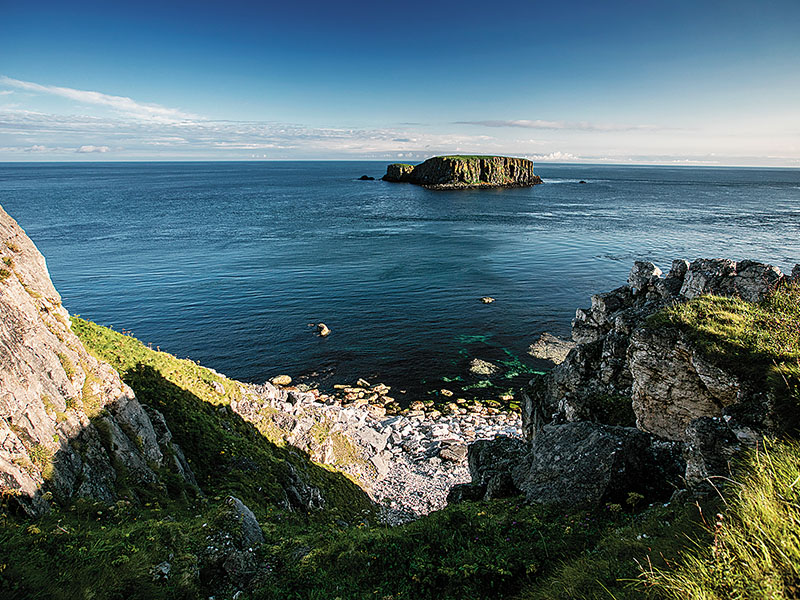 Ten GoT-theme doors were commissioned in 2016, and now they can be seen at pubs and restaurants across Northern Ireland. The doors have been carved from salvaged beech trees—they were uprooted by a storm three years ago—from The Dark Hedges, about which I shall later elaborate. “The entrance to our hotel’s garden restaurant is through door number nine, and depicts the episode in which there was a battle between the House of Stark and the House of Bolton,” says McBride. The door, adorned with the crests of the two warring families, is a magnet for selfie-seeking tourists. Like one German wearing a black T-shirt that says: “I am not a princess, I am a khaleesi.”

In the hotel’s reception are GoT-inspired memorabilia like sterling silver jewellery and accessories, handcrafted by Steensons Jewellers at their workshop along the Causeway Coast route, where many of the scenes were filmed. As I head to my room for the night, I hope I am not visited by the in-house ghost of Lady Isabella Shaw! The next day I head to Cairncastle. “This is where Ned Stark beheaded the deserter of the Night’s Watch who warns him that the night walkers had returned,” says Dee Morgan, my guide. “Would you like to enact it? I have a cloak and a sword.” For assistance, and refreshing our memories, she plays the scene on her laptop. A quick beheading follows. 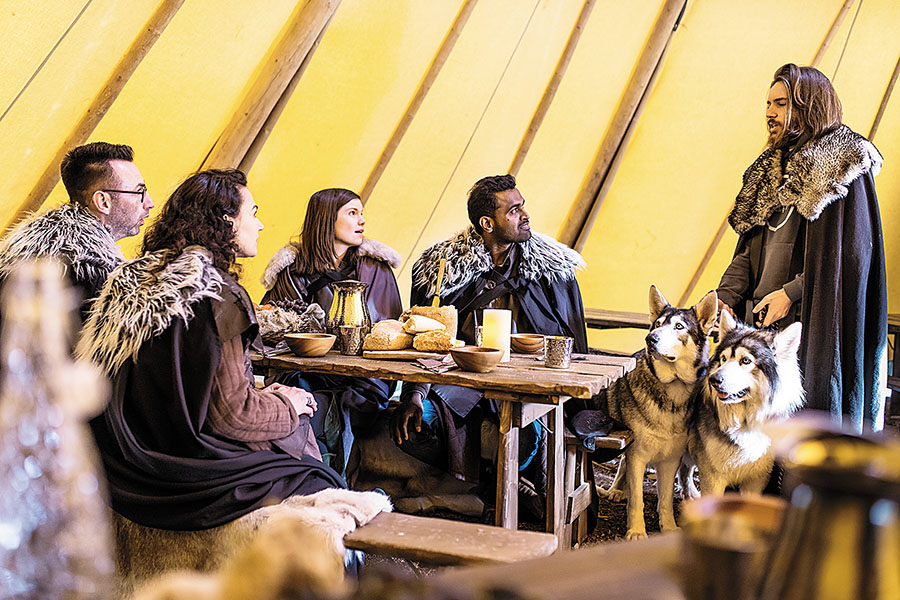 We then take a short drive to Carnlough Harbour, better known as Braavos Canal. This is where, in episode seven of season 6, Arya Stark is stabbed by the Waif and she jumps into the water to save herself. The harbour is one of 26 locations in Northern Ireland where scenes from the series were filmed, and where fans can now visit. According to the government tourism department, one in six leisure visitors to Northern Ireland come because of GoT; this amounted to about 3.5 lakh visitors in 2018, and about £50 million in revenues. Even the cashier at the souvenir shop near Carnlough Harbour tells me that after GoT became a household name, business doubled not just for her but for the entire village of Carnlough.

When fans come to see the harbour, they tend to stay back at the quaint coastal village and experience its walking tours and boat rides on the Irish Sea. It is where tourists like to step back in time and savour Glenarm salmon or Glenarm shorthorn beef, sip an Irish whiskey and relax. 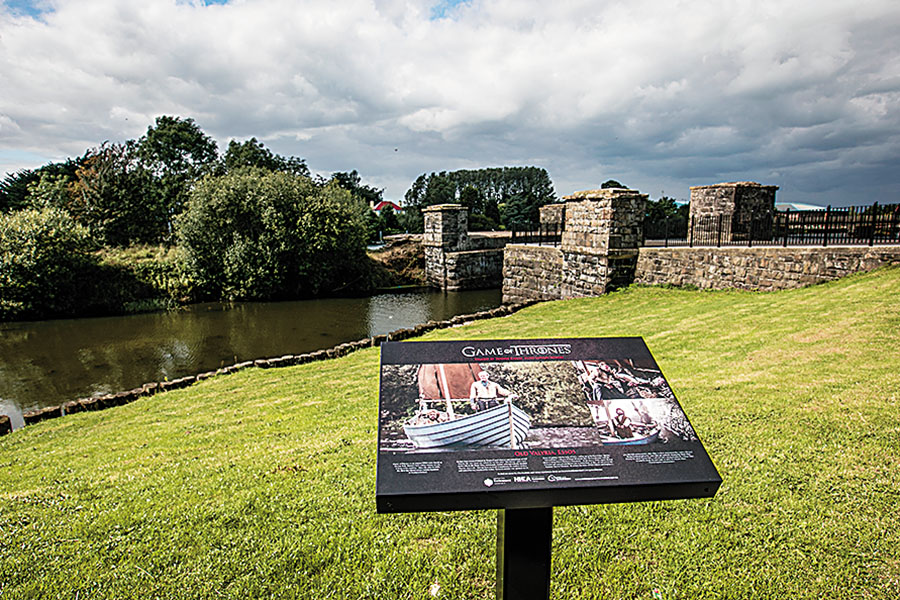 Toome Canal, which has been shown as an old Valyrian Canal
Image: Khursheed Dinshaw


A similar beneficiary is Mary McBride’s Bar, which is located at a walking distance from the Cushendun Caves, which are more than 400 million years old. The fact that the caves have turned into a tourist spot—it was the setting for Melisandre, or the Red Woman, giving birth to the shadow creature in GoT’s season 2—has turned the fortunes of the establishment, which was formerly regarded as one of the country’s smallest pubs, measuring only 5x9 feet. In its present, larger form, which includes rooms to accommodate guests, it offers about 30 whiskeys, while the bar also serves typical Irish humour written on placards, such as, ‘When I die, bury me under the pub, so my husband will visit me 7 times a week’. The pub also hosts the GoT door number eight, representing Arya Stark’s journey in the city of Braavos, complete with the faceless-man coin, and her beloved sword, Needle.

A year after these doors were commissioned, in 2017 the Game of Thrones Tapestry was introduced. Measuring 80 m in length, this hand-woven and embroidered tapestry—it took 16 weeks to complete, was woven on a special jacquard loom, and was made locally—depicts events, characters and shoot locations of the series. This is displayed at the Ulster Museum in Belfast.

“This year, across Belfast, six freestanding stained glass windows known as Glass of Thrones were installed,” says Catherine Gray, media visits co-ordinator, Tourism Northern Ireland, as she talks about how the enthusiasm around the TV series is being kept alive in the country. “Each window showcases a House from Game of Thrones and highlights iconic events.” 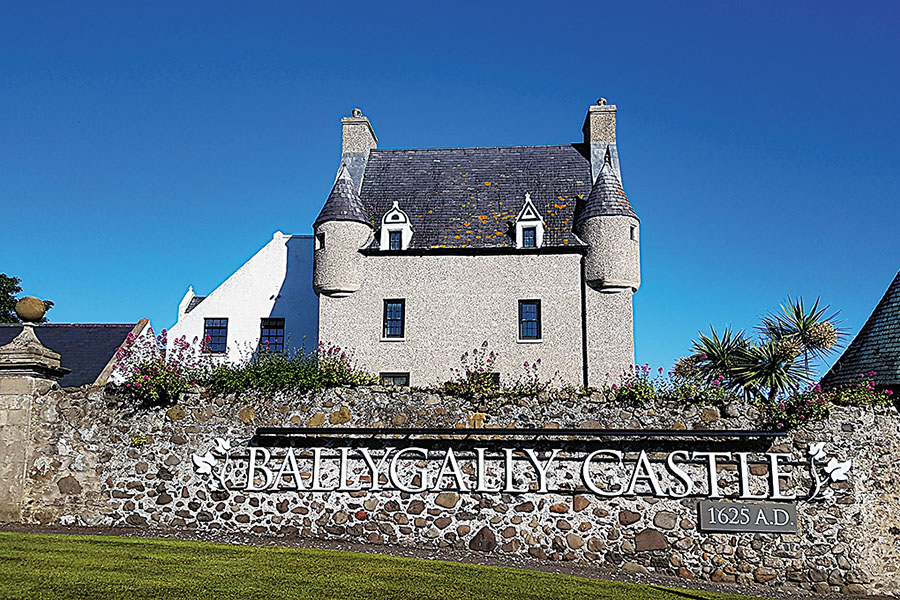 
Everywhere I go in Northern Ireland—from Fairhead, which is home to its tallest cliff, to Ballycastle—there are fans. “These locations were always there. Game of Thrones has not just generated revenue but also helped to create worldwide awareness about the natural heritage of Northern Ireland, be it landscapes, coastlines or mountains,” says Richard Lafferty, owner of Aquaholics, which conducts GoT-theme sea safaris. According to Northern Ireland Screen, £251 million were spent on local goods and services while the series was being produced.

As fans prepare to watch the prequel to the TV series—also written by George RR Martin, it is set thousands of years before the events of GoT—they can also expect more from what Northern Ireland has to offer. “The Game of Thrones Studio Tour is expected to launch in spring next year. The 110,000 sq ft interactive experience is located at the Linen Mill Studios in Banbridge. Fans can re-live the imagery, walk amid the original sets used in the show, complete with genuine props and costumes,” says Gray.

Throughout the trip, as I come across the GoT door, I remain curious about The Dark Hedges. Located at the junction of Ballinlea Road and Bregagh Road at Ballymoney, they are one of the top tree tunnels around the world. When James Stuart got the Gracehill House built in 1775, and named after his wife Grace Lynd, 150 beech trees were planted along the driveway. These are what are known as The Dark Hedges, in which 90 trees remain. They have a gothic appearance, with their twisted branches forming an arch above the road, and providing the ideal setting for Arya Stark to escape King’s Landing in season two.

“Even though the trees were shown for just 15.5 seconds in the show, they have left a mark and are now a popular attraction,” says Deirdre Donnelly, from Dark Hedges Experience. The 270 acre estate also includes The Hedges Hotel where GoT’s door number 7, with the three eyed- raven carved on it, is located.

My personal highpoint comes at Castle Ward, an 18th century castle and 820-acre property—complete with hills and woodlands—which was the location of Winterfell in season 1. After wearing a cloak similar to Sansa Stark, and eating from a wooden bowl, I try my hand at archery on the set. Managing to hit almost all the arrows on target, I am inwardly gloating when my thunder is stolen by Odin and Thor, the two Norwegian inuit dogs who played the characters of Summer and Grey Wind direwolves in the series and have 31,500 followers on their own Instagram page. I add to their fan base by posing for photographs with them.