As distrust of China grows, Europe may inch closer to Taiwan

European nations had long kept Taiwan at arm's length, wary of provoking Beijing, which opposes contact with the island it claims as its territory

By Amy Qin and Steven Erlanger 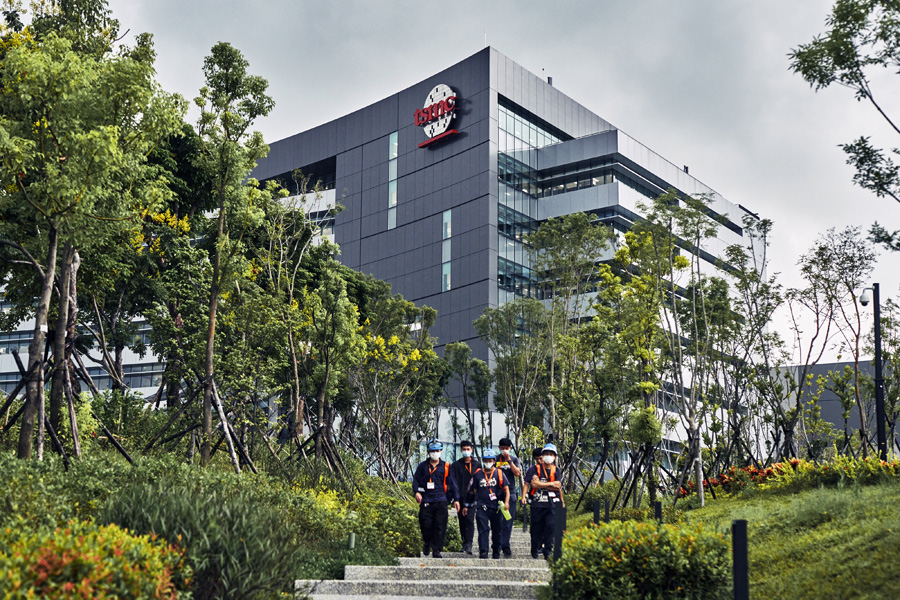 Employees leaving work at a semiconductor chip maker in Tainan, Taiwan on Sept. 18, 2020. A global shortage has highlighted Taiwan’s crucial role in the global supply chain for semiconductor chips, which power everything from iPhones to German cars. (An Rong Xu/The New York Times)

TAIPEI, Taiwan — European nations had long kept Taiwan at arm’s length, wary of provoking Beijing, which opposes contact with the island it claims as its territory.

But an unusual flurry of diplomatic activity suggests a subtle shift may be underway in Europe, driven in part by the region’s growing frustration over China’s aggressive posture.

Two weeks ago, Taiwan’s foreign minister, Joseph Wu, went on a charm offensive in Europe, stopping in Brussels for unprecedented, though informal, meetings with European Union lawmakers. The European Parliament overwhelmingly backed a resolution calling for stronger ties with Taiwan, which it described as a “partner and democratic ally in the Indo-Pacific.”

Then, last week, the Parliament sent its first-ever formal delegation to visit the island, defying Beijing’s threats of retaliation.

“We came here with a very simple, clear message: ‘You are not alone. Europe is standing with you,’” Raphaël Glucksmann, a French member of the European Parliament and the leader of the delegation, told Taiwan’s president, Tsai Ing-wen, in a meeting in Taipei last Thursday.

The burst of diplomatic engagement with Taiwan would have been unlikely even a year ago. At that time, Europe and China were finally and speedily finishing a long-dormant deal to make it easier for companies to operate on each other’s territory, scoring what was briefly seen as a geopolitical victory for Beijing.

But China’s increasingly assertive brand of authoritarianism under its leader, Xi Jinping, has fed distrust and some distaste, too. European lawmakers blocked the investment agreement, citing China’s human rights violations and sanctions. Now concerns about the Chinese Communist Party’s crackdown in Hong Kong, its handling of the coronavirus pandemic and its strategy of intimidating Taiwan with Chinese warplanes appear to have also prompted a growing willingness in Europe to reevaluate — and strengthen — its ties with Taiwan.

“For the first time in history, in a very significant way, there has been a subtle but noticeable shift in European perceptions of Taiwan,” said Janka Oertel, director of the Asia Program at the European Council on Foreign Relations. “There has been a clear realization that the situation in Taiwan is of concern to Europeans not only from a values perspective but from the perspective of regional security architecture.”

To be sure, Europe’s economic interests in China are huge, and the focus on Taiwan is still a minority effort. Europe has shown no intention of abandoning its long-standing policy of recognizing Beijing’s position that there is only one Chinese government.

Europe is both reluctant and badly equipped to get involved militarily in the Indo-Pacific in the face of Washington’s intense focus on deterring China from attacking Taiwan. The recent controversy over Australia’s dumping a major submarine contract with France in favor of one with the United States (in which Britain played a supporting role) has angered many not just in Paris but also in Brussels.

France, Glucksmann’s home, has at least 1.5 million citizens in the Indo-Pacific and some 8,000 troops permanently based there. But no other European country has or intends to have a constant military presence in the region as the United States does. Britain and Germany are more ambivalent about Taiwan; a German warship avoided the Taiwan Strait after a warning from Beijing, while Britain did send one of its new carriers through the strait in September.

Still, to many in Taiwan and in Europe, too, the island would seem a natural partner for Europe, which prides itself as a “union of values.” Taiwan is a flourishing democracy with an independent legal system and strong protections for individual rights and the environment.

Taiwan has also worked to burnish its image globally with its response to the pandemic. Having the virus largely under control at home, Taiwan sent millions of masks to various countries, including in Europe, winning praise from officials around the region.

More recently, a continuing shortage of semiconductor chips has highlighted Taiwan’s role as an indispensable node in the global supply chain for the chips, which are used in everything from iPhones to German cars.

Taiwan has also sought to promote business ties with Europe. It sent a 66-member delegation of officials and business leaders to the Czech Republic, Slovakia and Lithuania to discuss investment and industrial cooperation.

While Taiwan’s ultimate goal is to reach a bilateral investment agreement with Europe, it is also focused on institutionalizing ties to counter China’s efforts at diplomatic isolation. In recent years, Beijing has continued to peel off Taiwan’s formal diplomatic partners. Of Taiwan’s 15 remaining allies, only one — the Vatican — is in Europe. But Taiwan scored a small win this year when Lithuania pressed ahead with plans to open a representative office early next year in Taipei, Taiwan’s capital, despite outrage from Beijing.

“Taiwan is trying really hard to entice the European Union in order to diversify its own exports and decrease our dependence on China,” said Cho Chung-hung, a professor and the director of the Institute of European Studies at Tamkang University in New Taipei City. “Taiwan is trying to take this opportunity to create more sustained and normalized relations with Europe.”

Beijing has protested and vowed to take countermeasures against each act of outreach to Taiwan, including recalling its ambassador from Lithuania in August. But China might be wary of jeopardizing its access to the European market and further pushing the bloc toward the United States. Last month, Charles Michel, the president of the council representing the European bloc’s 27 members, spoke with Xi, China’s leader, for the first time since the investment agreement was derailed in May. After the call, Michel announced on his Twitter account that the two sides had agreed to hold a virtual summit soon.

Despite the call, relations between Beijing and the European Union are unlikely to quickly improve. Beijing is unwilling to back down on issues it sees as core interests, such as Taiwan and Xinjiang, which are a focus of the tensions, said Shi Yinhong, a professor of international relations at Renmin University in Beijing.

It remains to be seen how much of the European support for Taiwan is merely rhetorical. Members of the European Parliament have more leeway than their counterparts in the European Council or Commission to make strong political gestures in favor of Taiwan. The new government in Germany and upcoming elections in France will be crucial to shaping the region’s relationship with both Beijing and Taipei.

Tweets by @forbesindia
How Meesho's big, bold bets took it close to $5-billion valuation at lightning speed
Is e-sport coming to the Olympic Games?