Biden and Harris Are Time's Persons of the Year for 2020 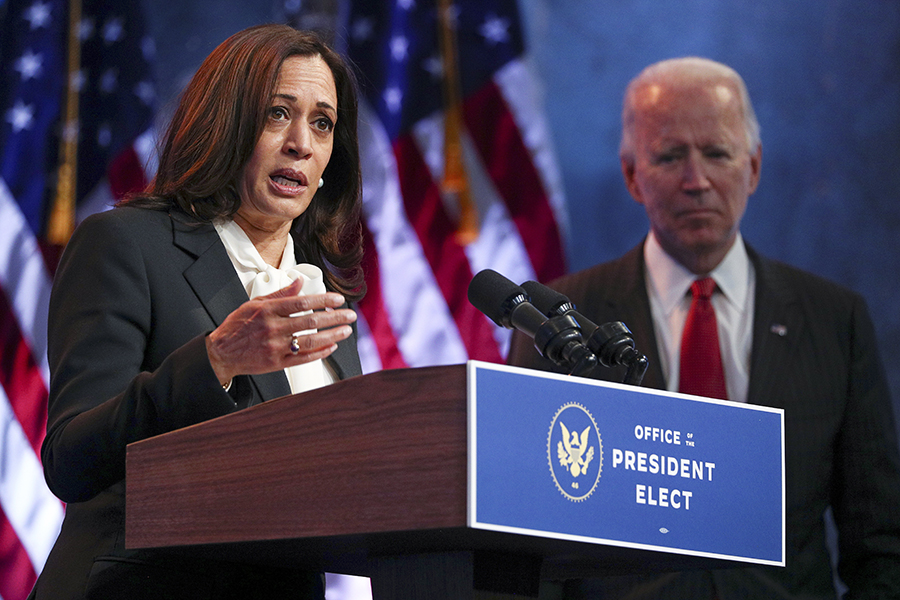 Image: Tom Brenner/ REUTERS
Time magazine on Thursday named President-elect Joe Biden and Vice President-elect Kamala Harris as its persons of the year, citing the weight of the pandemic and racial injustice that will be shouldered by the history-making Democratic ticket. Bruce Springsteen, who narrated a television ad for Biden during the campaign, revealed the magazine’s choice at the end of an hourlong television special on NBC. Biden, 78, the former vice president under President Barack Obama, and Harris, 56, a U.S. senator from California who became the first Black woman and the first Indian American elected to the vice presidency, will appear side by side in a portrait on the magazine’s cover on Dec. 21. They edged out frontline health care workers (along with the nation’s leading infectious-disease expert, Dr. Anthony Fauci), the racial justice movement and President Donald Trump for the distinction. Earlier, on the “Today” show, Time announced the four finalists for the recognition. “Time has always had a special connection to the presidency,” Edward Felsenthal, the editor-in-chief and chief executive officer of Time, said Thursday night. Felsenthal noted that it was the first time that the magazine had chosen to include the vice president as a person of the year. “Person of the year is not just about the year that was but about where we’re headed,” he said. At a time when weekly print magazines have struggled to remain relevant in the media landscape, the marketing hype over the purely ceremonial distinction has continued to create fanfare for Time. The tradition goes back to 1927, when Time named aviator Charles Lindbergh its first man of the year, as the honor was then called. (Last year, the magazine named the young climate activist Greta Thunberg its person of the year.) Time has noted that its selection process is not a popularity contest, however. Its choice reflects “the person or persons who most affected the news and our lives, for good or ill,” the magazine said in 2014.

Tweets by @forbesindia
Airbnb Tops $100 Billion on First Day of Trading, Reviving Talk of a Bubble
Globetrotting from home