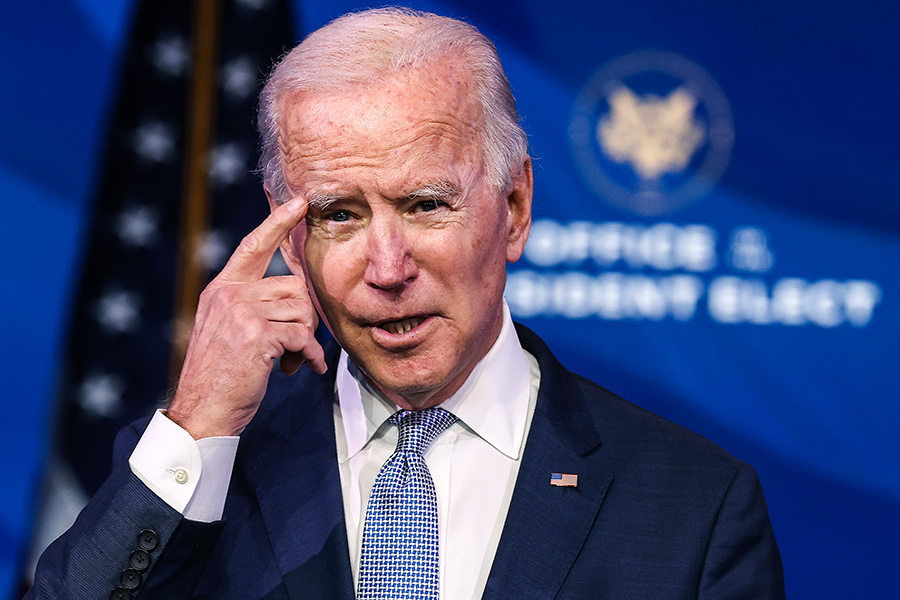 U.S. President-elect Joe Biden delivers remarks about the storming of the U.S. Capitol by a pro-Trump mob at The Queen theater January 06, 2021 in Wilmington, Delaware. Supporters of President Donald Trump stormed the U.S. Capitol Wednesday as members of Congress were certifying the results of the 2020 presidential election, which Biden won; Image: Chip Somodevilla/Getty Images

WASHINGTON — President-elect Joe Biden denounced the storming of the Capitol on Wednesday as the violent expression of President Donald Trump’s refusal to accept his defeat, calling it “an assault on the citadel of liberty” and saying the president had stoked the mob with his brazen and false claims that the 2020 election had been stolen. Biden called the scenes of chaos in the halls of Congress “a dark moment” in the nation’s history, appealed for calm and made clear that he held Trump accountable for instigating violence that left members of both parties and allies around the world appalled. The day had started as one of triumph for Biden and his party, with Democrats coming off elections the day before that sealed control of the Senate by picking up two seats in Georgia and Congress scheduled to clear away the last formal Republican objections to his victory by certifying the Electoral College outcome. But by early afternoon, the assault on the Capitol by pro-Trump demonstrators devolved into a physical confrontation that halted the process of certifying the Electoral College outcome and was egged on by an incumbent president who on Wednesday morning raged to thousands of his supporters that the election was “rigged.” Biden called on the president to “go on national television now to fulfill his oath and defend the Constitution and demand an end to this siege.” Shortly after, Trump posted on Twitter a one-minute video in which he empathized with the rioters because “we had an election that was stolen from us,” but then urged them to “go home now. We have to have peace. We have to have law and order.” The effect of the day’s events on Biden’s political strength remained unclear. In one sense, they were a reminder that in the view of Trump’s most die-hard supporters his election was illegitimate, a belief that could inhibit some Republicans in a closely divided Congress from working with him. Or the “god-awful display” at the Capitol, as he put it, might push the parties together in some sort of temporary solidarity that could give him a chance to forge some early bipartisan deals. Biden expressed hope that it would be the latter.

Tweets by @forbes_india
Photo of the Day: Capitol breached
A young and inspiring businessman: Pratham Waghmare