FedEx founder Fred Smith to step down as CEO

Fifty years after he founded the company, Frederick Smith announced Monday that he would step down as FedEx's CEO in June 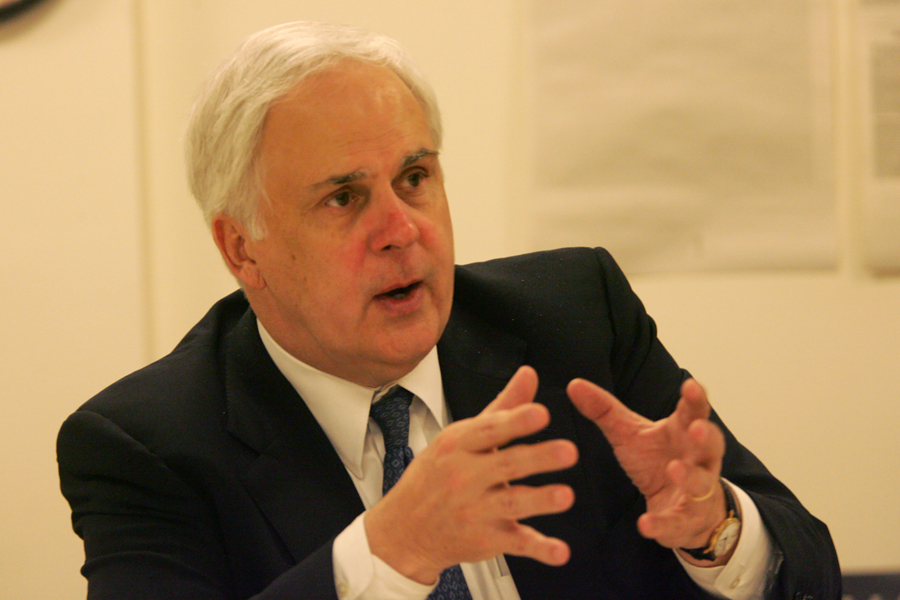 Frederick W. Smith, the founder and chief executive of FedEx, in New York in May 12, 2005. Fifty years after he founded the company, Frederick Smith announced on Monday, March 28, 2022, that he would be stepping down as FedEx’s chief executive in June. (Marilynn K. Yee/The New York Times)

Fifty years after he founded the company, Frederick Smith announced Monday that he would step down as FedEx’s CEO in June.

Raj Subramaniam, the current president and chief operating officer, will succeed Smith, according to a news release from FedEx.

“FedEx has changed the world by connecting people and possibilities for the last 50 years,” Smith said, in a statement posted to the company’s website. “As we look toward what’s next, I have a great sense of satisfaction.”

A former Marine officer who served two tours of duty in Vietnam, Smith came up with the idea for FedEx from a term paper he wrote in 1965 while he was an undergraduate at Yale University. The paper, which explained how companies could deliver items faster if they changed their shipping strategies, was given a C grade because Smith’s professor didn’t think the strategy was viable, according to Entrepreneur magazine.

In its first 26 months of business, the company lost $29 million. Smith has recounted how he was able to keep the company afloat with money he won by gambling in Las Vegas. In one story told in a memoir by a former FedEx executive, Robert Frock, Smith took the company’s last $5,000 to Vegas, and brought back winnings of $27,000 — money that allowed FedEx to pay a fuel bill and keep the company afloat.

During his decades leading the company, Smith grew FedEx into a billion-dollar business that revolutionized the air transport business. According to FedEx, the company operated 695 aircrafts across 220 countries in 2022 and moves approximately 17 million packages per day. This month, it reported profit of more than $1 billion on $23.6 billion of revenue for the three months ending in February.

Smith was an early advocate of the 2017 tax cuts advanced by President Donald Trump. The tax cuts allowed FedEx to avoid more than $1.5 billion in taxes, according to a November 2019 article in The New York Times. Following the publication of the article, Smith challenged the publisher and business editor of The Times to a debate. The debate did not occur, and Smith did not point to factual errors in the Times coverage.

Tweets by @forbesindia
Charles Landry, co-founder and CEO of SpringML, on the future of AI-led data analytics on the cloud
How IPO-bound LIC's brand is built on trust