Johnson & Johnson's Covid-19 vaccine, initially billed as a single shot, fell out of favour in the US and other wealthy countries in part because of its link to a rare but dangerous blood-clotting disorder 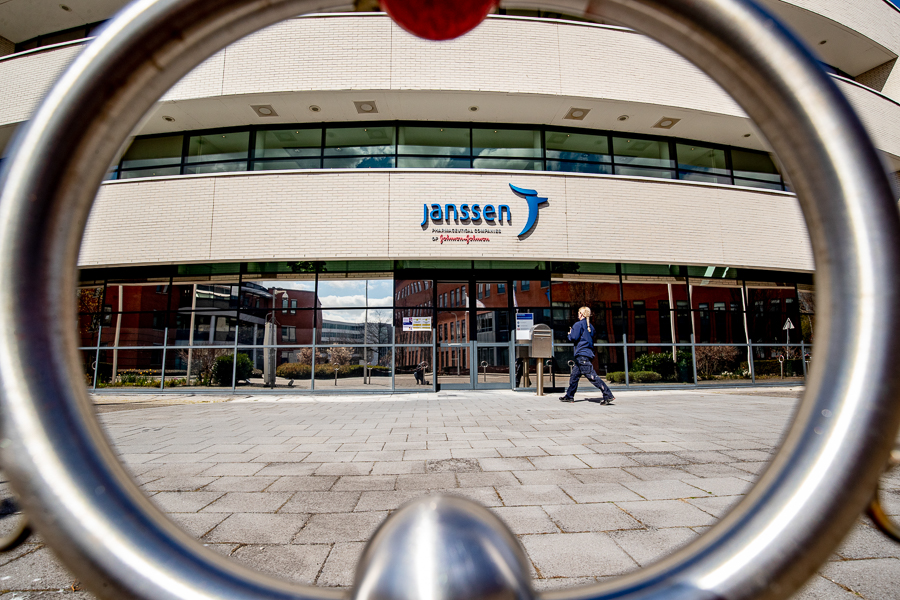 Johnson & Johnson’s easy-to-deliver COVID-19 shot is the vaccine of choice for much of the developing world.

Yet the U.S. company, which has already fallen far behind on its deliveries to poorer countries, late last year quietly shut down the only plant making usable batches of the vaccine, according to people familiar with the decision.

The facility, in the Dutch city of Leiden, has instead been making an experimental but potentially more profitable vaccine to protect against an unrelated virus.

The halt is temporary — the Leiden plant is expected to start churning out the COVID vaccine again after a pause of a few months — and it is not clear whether it has had an impact on vaccine supplies yet, thanks to stockpiles.

But over the next several months, the interruption has the potential to reduce the supply of Johnson & Johnson’s COVID vaccine by a few hundred million doses, according to one of the people familiar with the decision. Other facilities have been hired to produce the vaccine but either are not up and running yet or have not received regulatory approval to send what they are making to be bottled.

Inside Johnson & Johnson’s executive suites, the decision to suspend production at Leiden prompted concerns that it would impair the company’s ability to deliver on its vaccine commitments to the developing world.

Johnson & Johnson’s move also blindsided officials at two of the company’s most important customers: the African Union and Covax, the clearinghouse responsible for getting vaccines to poor countries. Leaders of those organizations learned of the halt in production from New York Times reporters.

“This is not the time to be switching production lines of anything, when the lives of people across the developing world hang in the balance,” said Dr. Ayoade Alakija, a co-head of the African Union’s vaccine delivery program.

Jake Sargent, a spokesperson for Johnson & Johnson, said in an email that the company was “focused on ensuring our vaccine is available where people are in need” and that its global production network “is working day and night” to help fight the pandemic.

He said the company was continuing to deliver batches of the vaccine to facilities that bottled and packaged doses. He also said Johnson & Johnson had millions of finished doses in inventory.

Johnson & Johnson’s COVID vaccine, initially billed as a single shot, fell out of favor in the United States and other wealthy countries in part because of its link to a rare but dangerous blood-clotting disorder. Studies have found that it performs worse by some measures than the shots from Pfizer and Moderna.

But poorer countries remain reliant on Johnson & Johnson’s vaccine, which does not require ultracold refrigeration. It has been shown to provide strong and long-lasting protection against severe disease across variants, including omicron, when given as a two-shot regimen. As a single shot, the vaccine is less expensive and relatively easy to give to hard-to-reach populations.

“In many low- and middle-income countries, our vaccine is the most important and sometimes only option,” Dr. Penny Heaton, a Johnson & Johnson executive, said in December at a meeting of experts advising the U.S. government on vaccines. “The world is depending on us.”

Lower-income countries now have more vaccine options than at any previous point in the pandemic, and the impact of pausing production at the Leiden plant is therefore less severe than it might have been in the past. Some African governments have asked vaccine manufacturers to pause shipments until the countries use what they have on hand. Companies have cited that as evidence that they are providing plenty of vaccines to poorer countries.

But the reality is more complicated.

Only about 11% of Africans have been fully vaccinated (and few have received boosters). Many countries lack the infrastructure — medical personnel, storage facilities and transportation — to quickly inoculate their populations. They do not need a huge pile of vaccines all at once; they need a steady and predictable supply over many months.

As recently as last summer, Johnson & Johnson had projected that it would deliver 1 billion doses of its COVID vaccine in 2021. The company badly missed that target, releasing roughly 400 million doses, according to a person familiar with the company’s vaccine production.

Sargent said the company was continuing to fulfill its contractual obligations to the African Union, which has ordered vaccines on behalf of dozens of countries in Africa and the Caribbean, and to Covax, which buys vaccines for scores of low-income governments.

But Johnson & Johnson failed to deliver anywhere near as many doses to Covax as it planned. The company said in May that it “aimed to supply” up to 200 million vaccine doses to Covax by the end of last year. Covax got only 4 million; another 151,000 arrived last month, according to Gavi, the main nonprofit that runs Covax. (Wealthy countries supplemented that with donations.)

The African Union, which ordered 220 million doses, has fared better. It has been receiving doses on or ahead of schedule, with the bulk of the order due in the next eight months.

Johnson & Johnson hired a contractor, Emergent BioSolutions, to produce its vaccine at a Baltimore plant that is big enough to make the equivalent of up to 1 billion doses a year. Emergent, however, failed to meet federal manufacturing standards, and regulators forced the plant to suspend production last April.

The factory restarted in August, but regulators with the Food and Drug Administration have not yet determined that it can consistently operate in compliance with manufacturing standards, officials said.

As a result, the FDA has insisted on reviewing individual batches of vaccines before they are shipped to be bottled. Regulators have not cleared any batches made since the factory reopened, said Matt Hartwig, a spokesperson for Emergent.

Plans are underway for two other facilities — one a Merck plant in North Carolina, the other run by Biological E in India — to start contributing batches of the Johnson & Johnson vaccine. But those plants are not yet producing usable vaccine substance and are not expected to do so until late spring.

The Merck plant — whose participation in the vaccine production the White House last year hailed as a “historic” breakthrough — was supposed to be producing batches as early as last fall. That timeline has since been pushed back to late spring, federal officials said.

The delays at Merck and Emergent increased the importance of the Leiden plant. After a renovation last year, the facility had the capacity to produce the equivalent of more than 50 million COVID vaccine doses a month, said two people familiar with the matter.

Unlike companies such as Pfizer and Moderna, which have reaped billions of dollars in profits, Johnson & Johnson did not find the COVID vaccine to be a big moneymaker.

Johnson & Johnson vowed to sell its vaccine on a not-for-profit basis. The vaccine generated about $2.4 billion in sales last year, less than 3% of the company’s total revenue.

Since production of the COVID vaccine was halted late last year, the Netherlands plant has been manufacturing an experimental vaccine against respiratory syncytial virus, or RSV, that will be used for a clinical trial in older adults in wealthy countries, a person familiar with the matter said. Even if it proves effective, the vaccine is not expected to become available for several years.

Sargent, the Johnson & Johnson spokesperson, said the company’s manufacturing sites “produce multiple products, as we have an obligation to supply life-changing medicines to patients around the world.”

Even with the Leiden plant no longer making the COVID vaccine, Sargent said Johnson & Johnson continued to provide batches to all of the sites that were handling bottling.

One of those is Aspen Pharmacare in South Africa. Stephen Saad, Aspen’s CEO, said the Leiden shutdown had not interrupted the supply of vaccine to Aspen’s factory.

Johnson & Johnson is preparing to return the Leiden facility to making the COVID vaccine next month.

But that will not translate into an immediate gusher of new doses. The facility’s production will undergo testing and inspections. Doses made from the restarted Leiden production most likely will not be shipped until May or June.

Tweets by @forbesindia
Little push from govt can make India leader of blockchain development: Sowmay, Samyak Jain—Forbes India 30 Under 30 2022
Why this could be a critical year for electric cars