US to send vaccine materials and other supplies to hard-hit India, officials say

The announcement, an abrupt shift for the administration, came after Jake Sullivan, President Biden's national security adviser, held a call earlier in the day with Ajit Doval, his counterpart in India, and as India reports higher case numbers each day 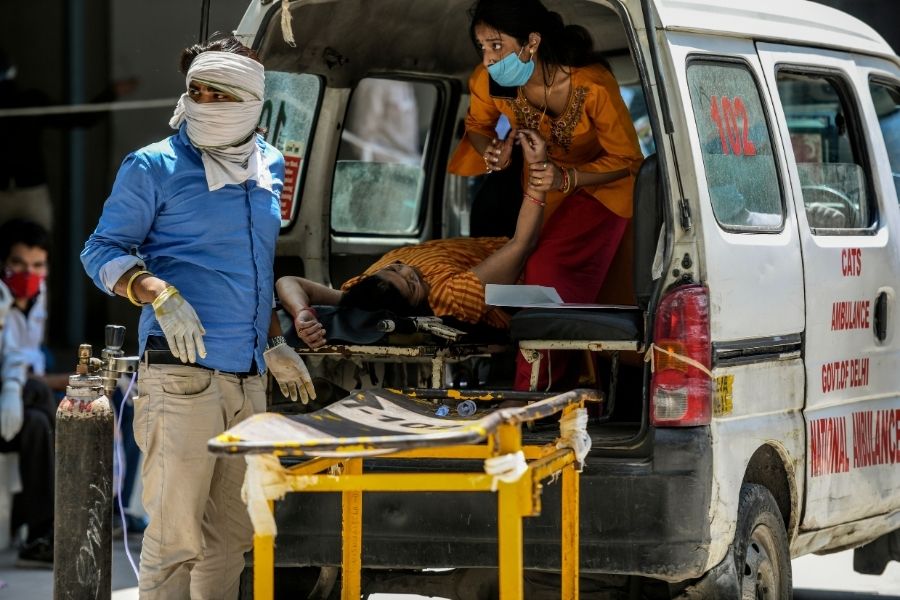 A relative waits with a COVID-19 patient inside an ambulance outside a hospital in Delhi, India, April 24, 2021. (Atul Loke/The New York Times)

Under pressure from vaccine makers in India who say they need supplies to combat a surge in coronavirus cases, the Biden administration said Sunday that it had partially lifted a ban against the export of raw materials needed to make vaccines.
“The United States has identified sources of specific raw material urgently required for Indian manufacture of the Covishield vaccine that will immediately be made available for India,” Emily Horne, a spokesperson for the national security counsel, said in a statement Sunday. Covishield is the India-produced version of the AstraZeneca-Oxford vaccine.
The announcement came after Jake Sullivan, President Joe Biden’s national security adviser, held a call earlier in the day with Ajit Doval, his counterpart in India, and a day after the Indian government reported more than 346,000 new infections, a world record. Government officials in India say they are running desperately low on supplies, including oxygen and protective gear. A new variant, B.1.617, is thought to be at least partly the cause of the catastrophic rise in cases.
Previously, Biden administration officials had pushed back as pressure mounted for the United States to broaden its effort to combat the surge in India, even as horrifying images of strained hospitals and orange flames from mass cremation sites circulated around the world. 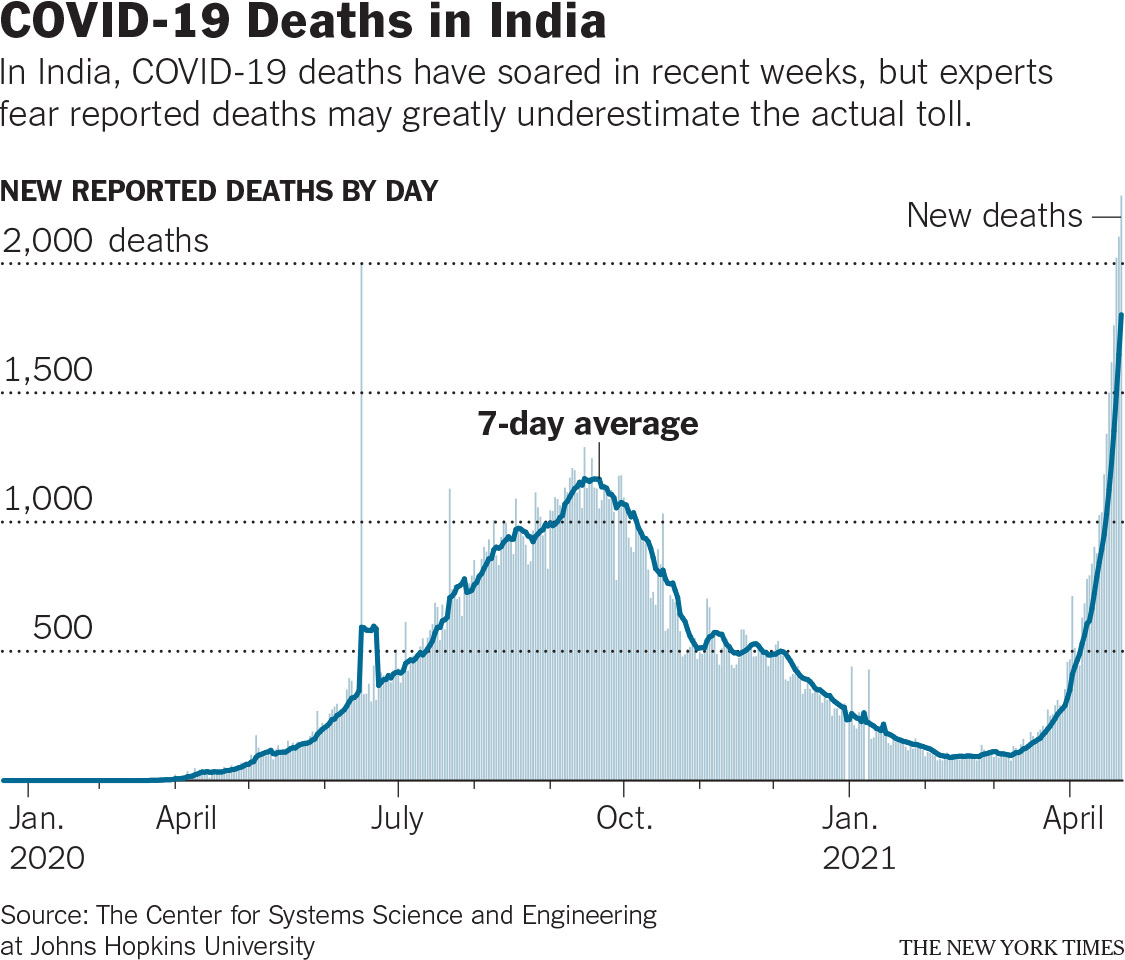 In India, COVID-19 deaths have soared in recent weeks, but experts fear reported deaths may greatly underestimate the actual toll.
Asked on Thursday why America would not lift its ban on exporting raw materials, Ned Price, a State Department spokesman, told reporters that “the United States first and foremost is engaged in an ambitious and effective and, so far, successful effort to vaccinate the American people.”
The resistance was met with criticism from Indian politicians and health experts.
“By stockpiling vaccines & blocking the export of crucial raw materials needed for vaccine production, the United States is undermining the strategic Indo-US partnership,” Milind Deora, a politician from Mumbai, one of the hardest-hit cities, said on Twitter.
The statement Sunday marked a change in approach: In addition to assisting India with protective gear and deploying a team of public health advisers from the Center for Disease Control and Prevention, the statement said the U.S. government would help fund an expansion of manufacturing capability for BioE, the vaccine manufacturer based in Hyderabad, India. That would allow the company to produce least 1 billion doses of COVID vaccines by the end of 2022.
Vaccine production has lagged behind the needs of India’s population of 1.2 billion people. Adar Poonawalla, chief executive of Serum Institute of India, the world’s largest vaccine manufacturer, appealed to Biden less than two weeks ago to “lift the embargo of raw material exports out of the US so that vaccine production can ramp up.” His company this week faced criticism in India for the high price of its vaccines.
Biden said earlier this week that the United States had sent some unused vaccine doses to Canada and Mexico and was considering sharing more. “We’re looking at what is going to be done with some of the vaccines that we are not using,” the president said Wednesday. “We’ve got to make sure they are safe to be sent.”
On Friday, The Times reported that millions of doses sent to Canada and Mexico were of the AstraZeneca vaccine, which is not yet approved for use in the United States, and that they were manufactured at a troubled Baltimore factory operated by Emergent BioSolutions. On April 16, the factory halted operations at the request of the Food and Drug Administration after the discovery that some doses of the Johnson & Johnson vaccine also made there had been contaminated with components from the AstraZeneca vaccine, and vice versa.
Canadian and Mexican officials said that they had received assurances from AstraZeneca that the millions of doses they received were safe. Some of the doses have been distributed to the public in both countries, the officials said.

Tweets by @forbesindia
Oscars 2021: Here are all the winners
This is not a joke: The cost of being humorless