Warner Bros. says all 2021 films will be streamed right away

Rather than having to wait roughly 90 days, the period that studios have long given theaters to play films exclusively, HBO Max subscribers will receive instant access to big-budget extravaganzas like a "Suicide Squad" sequel, "Godzilla vs. Kong," "Dune" and "The Matrix 4" 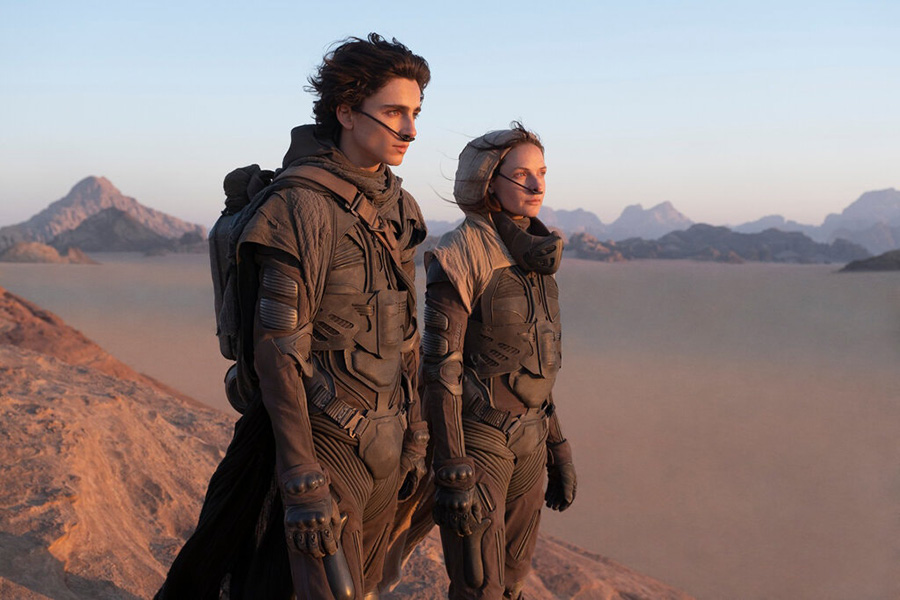 Timothée Chalamet and Rebecca Ferguson in “Dune,” one of 17 films Warner Bros. will release in theaters and on HBO Max simultaneously next year.Credit...Chia Bella James/Warner Bros.

LOS ANGELES — In a startling move that marked the biggest challenge yet to Hollywood’s traditional way of doing business, Warner Bros. announced Thursday that 17 movies — its entire 2021 slate — would each arrive simultaneously in theaters and on its sibling streaming service, the underperforming HBO Max. Rather than having to wait roughly 90 days, the period that studios have long given theaters to play films exclusively, HBO Max subscribers will receive instant access to big-budget extravaganzas like a “Suicide Squad” sequel, “Godzilla vs. Kong,” “Dune” and “The Matrix 4.” Other movies speeding to living rooms next year include Lin-Manuel Miranda’s “In the Heights,” Clint Eastwood’s “Cry Macho,” the next “Conjuring” horror film, “Space Jam: A New Legacy” and a “Sopranos” prequel called “The Many Saints of Newark.” While the move amounted to 17 shots in the arm for HBO Max, which has struggled to attract subscribers since its introduction in May for $15 a month, it was also a strikingly grim comment on the future of movie theaters. Even with a widely deployed vaccine, which is expected in the coming months, WarnerMedia does not believe that moviegoing in the United States will recover until at least next fall, an assessment that stands in sharp contrast with what other major movie studios and multiplex chains have signaled. “Like a lot of businesses, theaters are in a tough spot right now,” Jason Kilar, WarnerMedia’s chief executive, said by phone. “We are all in the middle of a pandemic, and we are all trying to figure our way through it. One of the things we can do to be helpful to them is to provide them with a steady stream of big-budget, well-told stories.” Kilar said the company had no plans to be flexible; even if the coronavirus threat receded dramatically in the summer, the new distribution model will stand for the year. There is one wrinkle: Each movie will appear on HBO Max for only one month before leaving the service. At that point, films will cycle through the usual release “windows,” leaving theaters when interest has run out and heading to iTunes, DVD and points beyond, eventually cycling back to HBO Max.