The phenomenon is not unique to Japan and in most advanced economies, the once tight correlation between economic growth and increases in pay has broken down 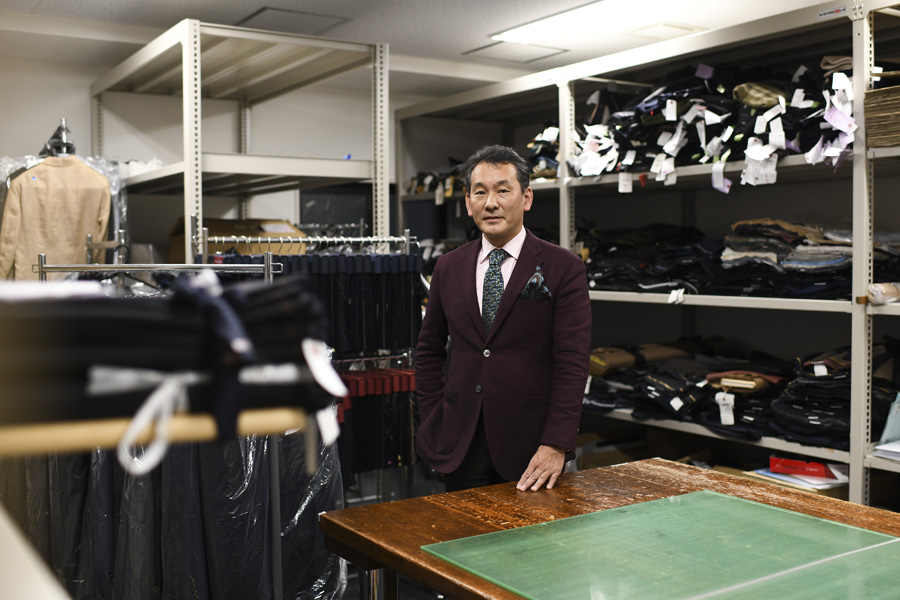 TOKYO — Over the last two years, Masataka Yoshimura has poured money into the custom-suit business his family founded more than a century ago. He has upgraded his factory, installed automated inventory management systems and retrained workers who have been replaced by software and robots.

Japan’s prime minister, however, wants him to do one more thing: Give his employees a substantial raise.

The reasoning is simple. Wage growth has been stagnant for decades in Japan, the wealth gap is widening and the quickest fix is nudging people like Yoshimura to pay their employees more. Higher wages, the thinking goes, will jump-start consumer spending and lift Japan’s sputtering economy.

But raises are a nonstarter for Yoshimura. Increasing wages would be “truly fatal,” he said last week from his office at Yoshimura & Sons in Tokyo. And he is far from alone in his thinking. Business groups, union leaders and others have questioned the feasibility of a plan by Prime Minister Fumio Kishida to offer sizable tax deductions to companies that raise pay.

That businesses would resist increasing wages even when essentially paid to do so shows just how intractable the problem is. Years of weak growth and moribund inflation rates have left companies little room to raise prices. Without steady, moderate increases in inflation, corporations’ profits — and their workers’ wages — have languished, economists say.

The reaction to the wage proposal is an inauspicious sign for Kishida, who took office two months ago promising to reverse the economic damage of the past two years and put Japan’s economy back on track through a “new capitalism.”

Kishida’s plan is a first step toward defining the still nebulous concept, which he has described as a framework for creating sustainable growth and reducing economic inequality.

As a start, the prime minister is calling on employers to increase pay as much as 4% in 2022. Companies that comply will be allowed to increase their overall corporate tax deductions up to 40%. The government has announced that it will raise officially regulated wages 3% next year for nurses and workers providing care for children and seniors.

At a news conference Tuesday, Kishida said it was “vital for the country to take every measure to create an atmosphere where companies feel like they can raise wages.” Increasing pay “is not a cost,” he added. “It’s an investment in the future.”

While many businesses have recognized the need for higher wages, they have questioned whether the measures, as announced, will have any effect on the country’s regular pay-setting process.

Major companies and unions negotiate raises each spring in a ritual known as “shuntou” — literally, “spring offensive.” The last time the result even approached Kishida’s recommended level was in 1997, when workers won a 2.9% raise.

In 2013, Prime Minister Shinzo Abe introduced a similar plan, with little success. Today, average wages remain stuck at around $2,800 a month, about the same level as two decades ago.

During the pandemic, Japan has avoided the unemployment spikes seen in countries like the United States. But it has also meant that many companies have limited flexibility in hiring and firing under the system of lifetime employment, potentially making them less responsive to changing economic conditions.

Low wage growth is effectively the outcome of a compromise struck between labor and capital. Since the 1990s, “Japanese workers have preferred job security over wage growth,” said Naohiko Baba, chief Japan economist at Goldman Sachs, though companies do pay workers biannual bonuses that can fluctuate significantly with corporate profits.

To protect their bottom lines, companies tend to limit their permanent workforce through the use of temporary or part-time workers, avoiding the work-for-life contracts that were common in Japan through the early 1990s, when the country’s economic bubble burst.

Today, so-called nonregular employees make up around 37% of the country’s labor force, a permanent underclass of low-paid, dispensable workers, nearly 70% of whom are women.

Those workers are paid less than their counterparts, and their increasing numbers have depressed wages in part by weakening Japan’s labor organizations. In the 1950s, over half of all Japanese workers were in unions. Today, only around 17% are.

Given the downward forces on wages, it is not clear that any government policy can push up pay, especially when a long-standing labor shortage, driven by Japan’s graying population, has failed to make salaries budge.

The timing of Kishida’s plan is also problematic. With many companies already struggling because of the pandemic, some have had to turn to large government subsidies just to keep their current workforces employed.

And then there is the issue of unprofitability. For nearly a decade, a majority of Japanese businesses have been unprofitable — around 65% in 2019, the lowest figure since 2010. They have been kept afloat by cheap money underwritten by the Bank of Japan, but no profits mean no corporate tax liability, so those businesses would not be eligible for Kishida’s incentives.

To many workers, the political focus on raising wages is misplaced. Other workplace issues are more pressing.

“The problem that exists in the labor market is more likely to be employment protection, or child care, or the kinds of benefits you need to manage work and family,” said Yukiko Abe, a professor of economics at Hokkaido University.

Yoshimura, the head of the men’s clothing company, agrees that the government is trying to solve the wrong problem.

He believes wages are important, but argues that the government needs to help companies first.

“If we don’t create an environment where we can raise revenues a little higher,” he said, “the economy won’t improve.”

Tweets by @forbesindia
Forbes India Rewind 2021: The best podcasts we heard
Photo Of The Day: Joy of dancing