From Slate's Slow Burn to Wondery's Business Wars, here's a wrap up of the best podcasts that the Forbes India team heard this year 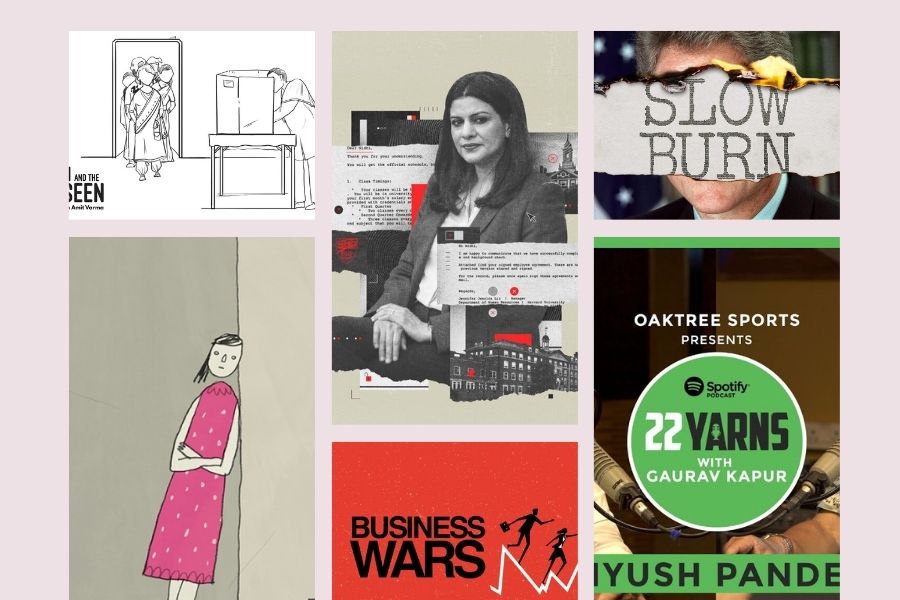 Top row: The Seen and the Unseen, The Harvard job offer no one at Harvard ever heard of, Slow Burn
Bottom row: Modern Love, Business Wars, 22 Yarns with Gaurav Kapur
This year, as we continued to work from home, team Forbes India indulged in their fair share of podcasts. Here’s a few that kept us engaged, informed, and entertained. They range from politics and history to business wars, to cricket, and more. 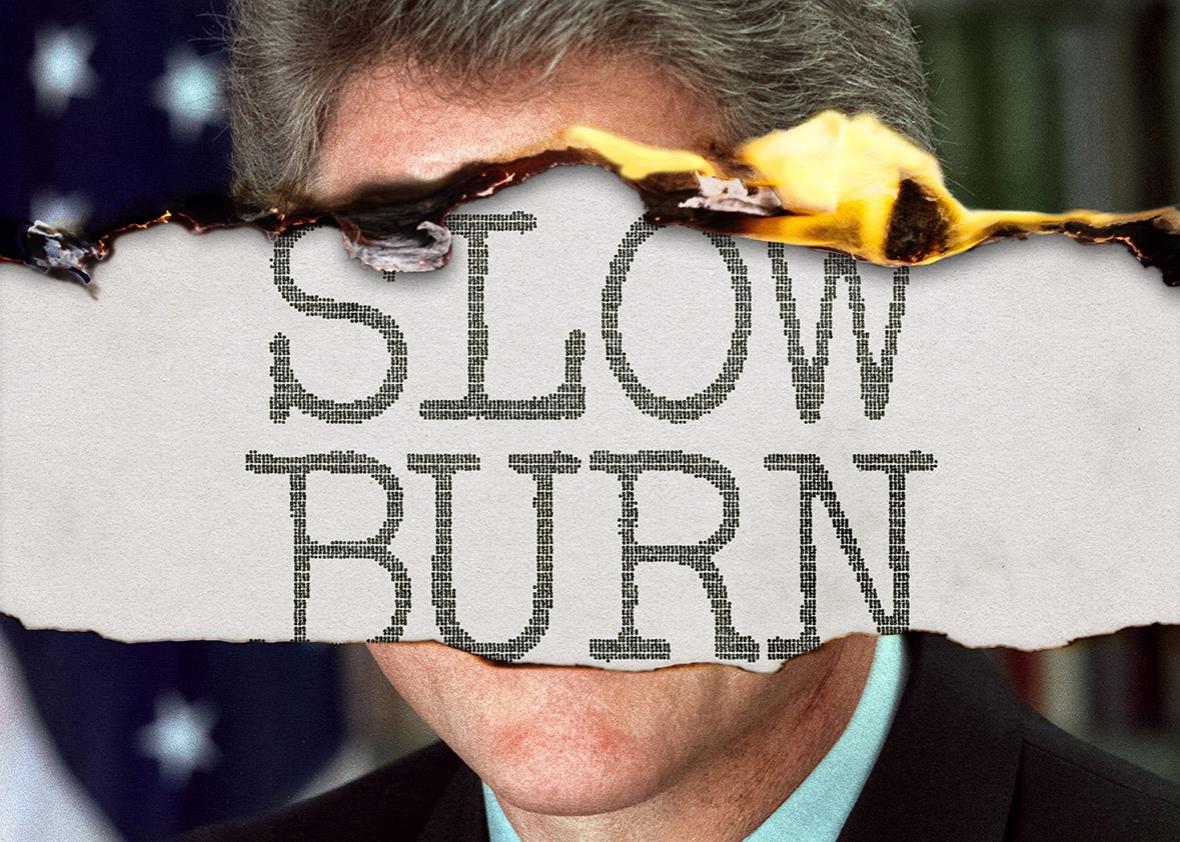 Slate Podcast’s production Slow Burn promises a fly-on-the-wall view of some of the biggest scandals that have rocked the US. The two seasons I indulged in tackled the Watergate and the Bill Clinton-Monica Lewinsky scandal. In the 581 minutes I spent listening and walking to this podcast in 2021 (thank you, Spotify Wrapped), host Joel Anderson eventually felt like a friend I longed to listen and talk to every evening—someone who was invested in my journey of learning about the two events that have shaped modern politics in the US (the Lewinsky one goes much deeper into Clinton’s presidency). Anderson achieves the intimate view of the incidents by speaking to key people who were active during or involved in the Watergate (for example, Martha Mitchell, the “crazy” celebrity wife of Nixon’s closest henchmen who tried to blow the whistle on Watergate) and Clinton-Lewinsky (Linda Tripp, Lewinsky’s Pengaton colleague and friend who gave her away) scandals. To a multimedia journalist like me, his style of tackling the two crucial episodes of US history, his deep research and interviews, and the production of the podcasts provided great many learnings.

Modern Love is one podcast I can listen to over and over again. First are the stories, extremely relatable, and it’s almost like I never want an episode to end. Second is the format—starts with a brief intro, followed by the reading of the essay and then an actual conversation with the author, or a short story. While most people binge watch TV Shows, I think Modern Love is one podcast I “binge-listen”. All thanks to Modern Love, my 30 minute evening walks have gone up to almost 1.5 hours, and they always leave me smiling. If I were to recommended just one episode, it would definitely be “Dusty-Danger Dog”.
Business Wars
While I listen to Modern Love on my walks, Business Wars is when I am cooking. 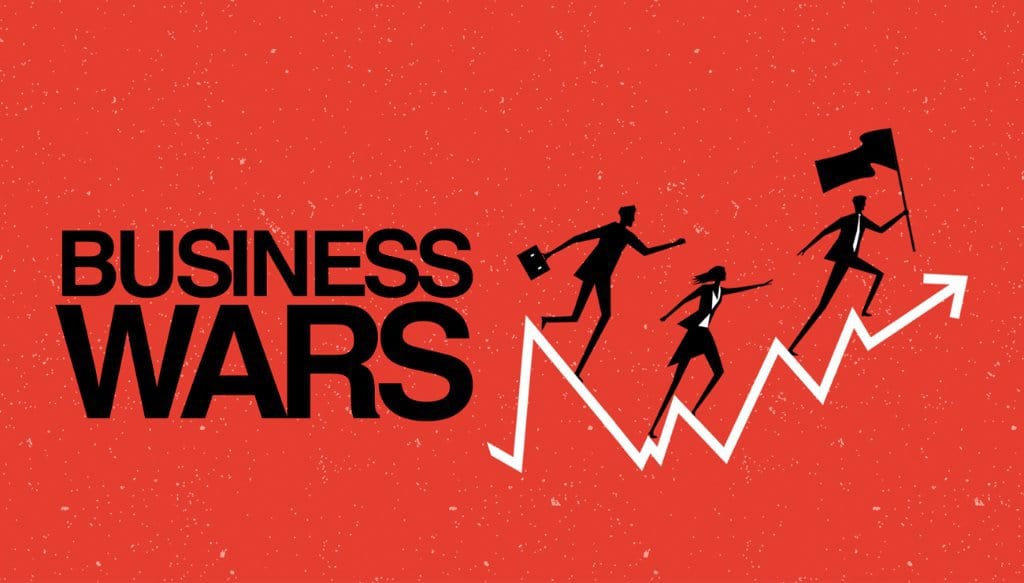 As the name suggests, Business Wars is a podcast that examines the rivalries between two organisations or brands, over a couple of episodes. I found out about this podcast two years back, and I’ve been hooked ever since. The most interesting part about this podcast is its format—looking at the history of the two organisations, what drives these companies, their leaders and investors, and strategic changes. Be it the rivalry between Starbucks and Dunkin, Nike and Adidas, or Netflix or HBO, Business Wars has it all. Hosted by David Brown and produced by Wondery, this is my number 1 business podcast. 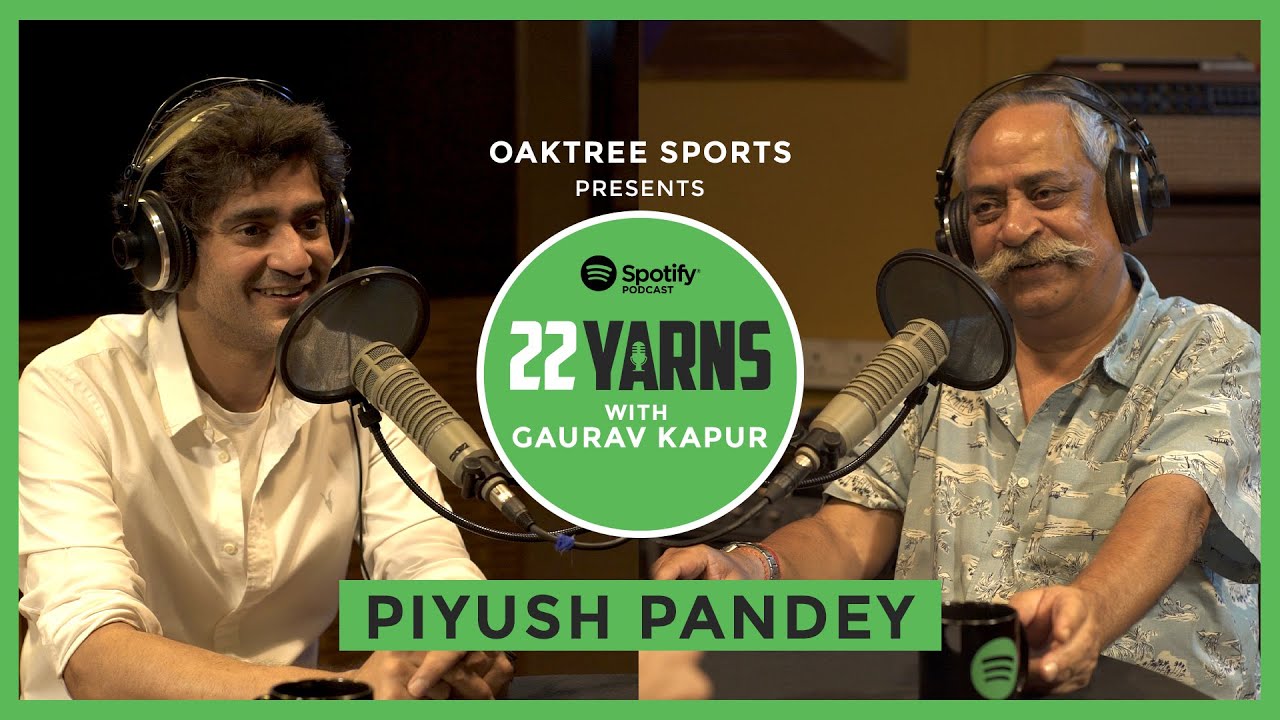 Contrary to the common trend, podcasts are yet to become my 'thing'. HBO's Succession podcast is an ancillary tool I follow to understand the genius of the writers. But 22 Yarns with Gaurav Kapur is a charming little corner of the podcasting world I always seek refuge in. Kapur's Breakfast with Champions pulled me towards his easy, comfortable style of communication and, with 22 Yarns I feel it becoming cosy in its curiosity of cricket. The main draw of this podcast is the conversation with people who are not the stars of the gentleman's game but are connected to it just because of their passion. Currently, in its second season, the podcast features legends such as veteran journalist Ayaz Memon, superlative commentator Harsha Bhogle, and PR Man Singh who was the manager of the 1983 world cup winning Team India. My personal favourites include: A conversation with genius adman Piyush Pandey about the inception days of IPL; Yuvraj Singh on his six sixes and winning two World Cups; a two-parter with master cricket storyteller, Jarrod Kimber, that sheds light on how Rahul Dravid played a crucial role in his marriage. 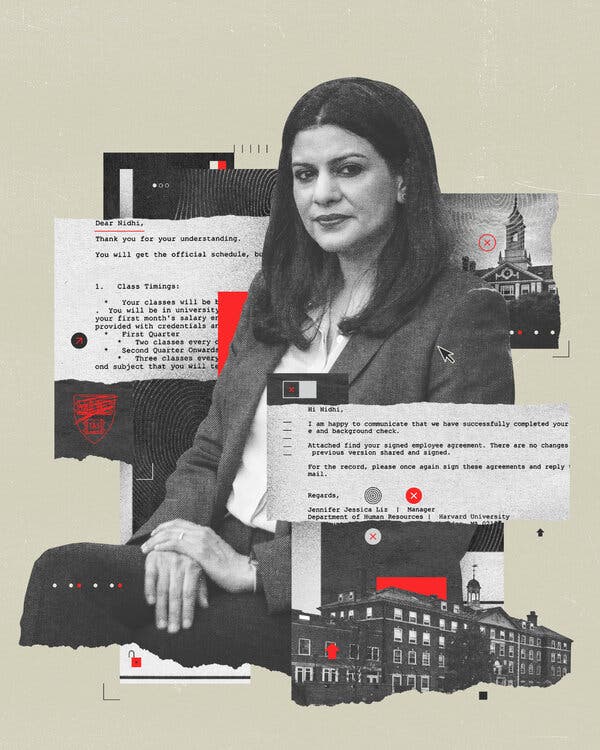 Courtesy: The Harvard job offer no one at Harvard ever heard of – The New York Times
The recent news story by The New York Times, The Harvard job offer no one at Harvard ever heard of, was a very fascinating and intriguing listen. The phishing scam in which many prominent women journalists of the Indian media, including NDTV’s primetime host Nidhi Razdan, were prey to, is a story that shocked the nation, or least the Twitterverse. Razdan first announced her decision to quit the TV channel for a Harvard teaching job, and later that she had been cheated and there was no job offer for her at Harvard University. Many looked at it as a great opportunity that could put an Indian journalist on the global map. It’s an eye-opener because the pattern to scam women remained the same but everyone realised it at different levels of the scam, except Razdan. When she says, “I messed up,” one can feel the despair, the helplessness. Some may argue it’s her carelessness of not demanding a video call with the administrators of the university since the very beginning, and rightfully so, but we’ve all had moments where our judgments have been clouded and maybe that’s how it was for her too. While there is no conclusion for who the real culprits are, it is a pod leaves you with a cliffhanger. It is also disappointing to learn that a university as prestigious as Harvard, that according to the podcast takes extreme steps to protect its identity, hasn’t launched any investigation into it. But overall, this podcast that has great insights and learnings to offer.

The Seen and the Unseen by Amit Varma 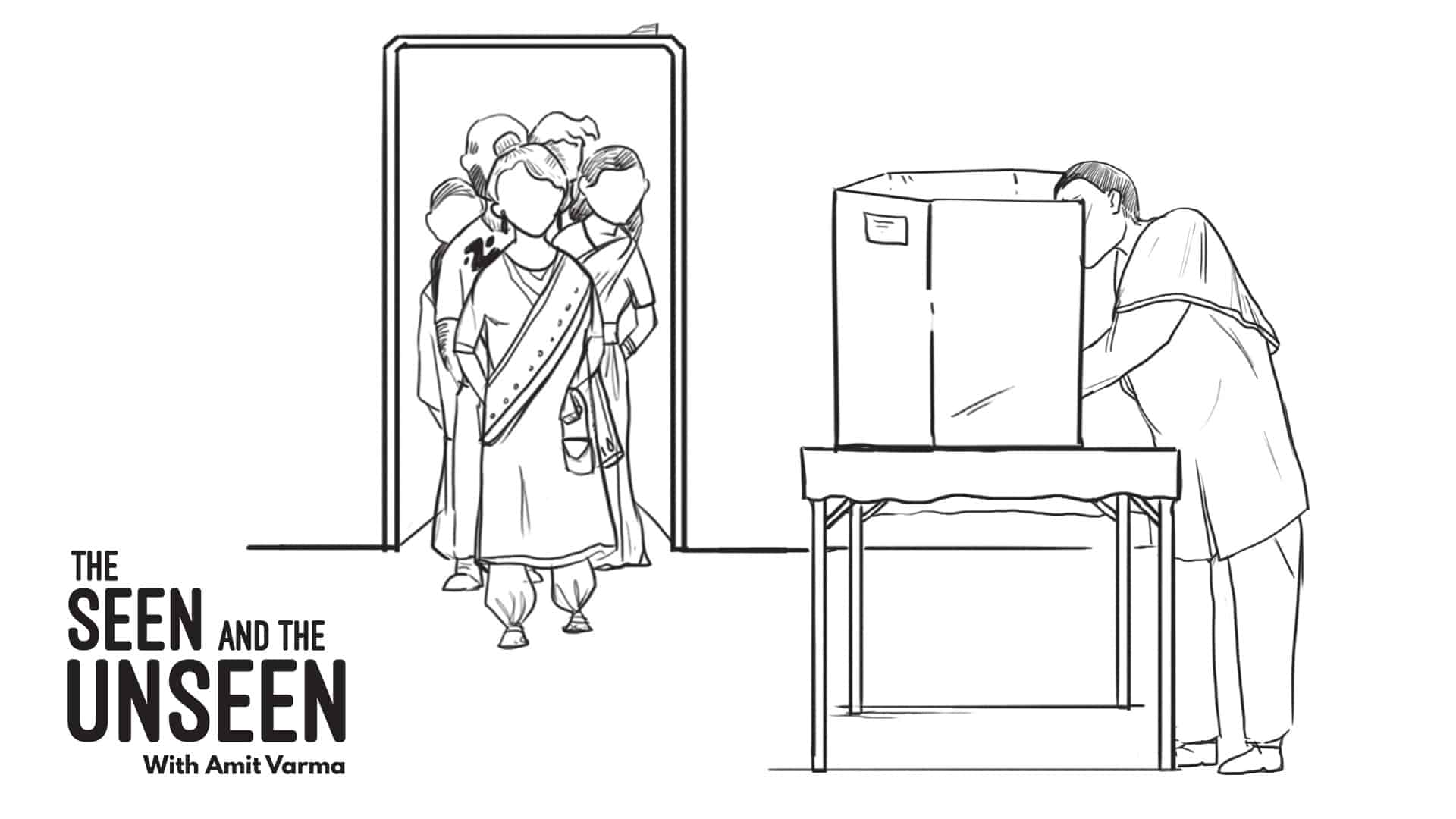 Courtesy: The Seen and the Unseen by Amit Varma

Through long meandering conversations with his guests, Amit Varma explores varied topics like the state of our economy to the business of winning elections; the dark side of Indian pharma to understanding the country through its languages. Varma and his guests provide deep and illuminating insights on the topics covered which have helped me better understand all that makes the headlines. Other podcasts I regularly tuned in to over the last year, if not every day, were 3 Things by the Indian Express for its neat wrap up and analysis of the day’s top stories, and the Guardian’s Today in Focus.

Tweets by @forbesindia
Storyboard18 - Food is as much a passion as fashion: Simeran Bhasin of Licious
Why even a 40% tax break won't move Japan's employers to raise pay