World no. 1 Ashleigh Barty retiring from tennis at just 25 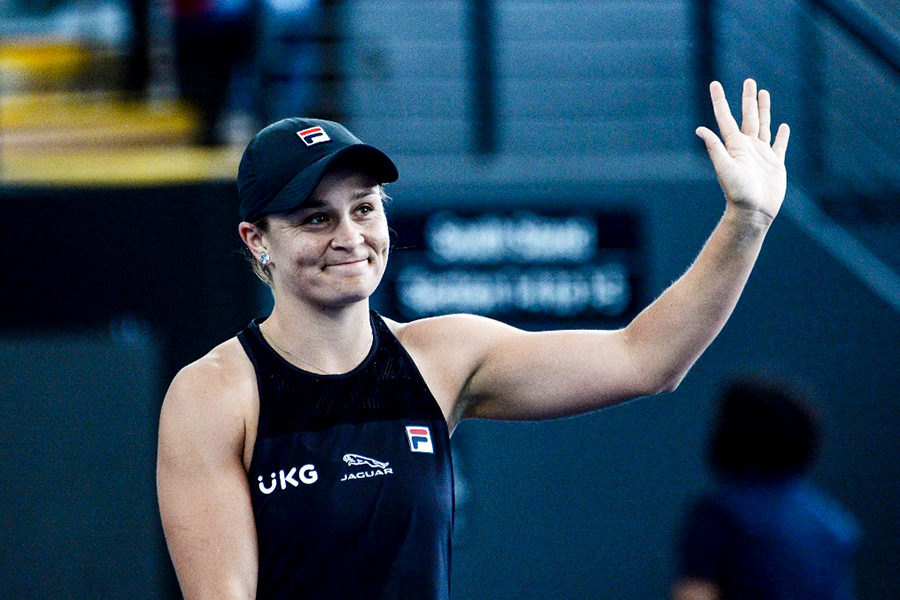 This file photo taken on January 7, 2022 shows Australian Ashleigh Barty celebrating after defeating Sofia Kenin of the US at the Adelaide International WTA women's singles tennis tournament in Adelaide. - Australian world number one Ashleigh Barty shocked the tennis world by announcing her retirement from the sport on March 23, 2022 at the age of just 25. (Photo by Brenton Edwards/ AFP)

At the top of her sport, Ashleigh Barty is retiring from tennis.

In a stunning move, Barty, the No. 1-ranked women’s player who won her country’s major tournament, the Australian Open, in January, announced Wednesday that she was leaving tennis for other pursuits.

“It was hard,” she said of her decision. “But it’s right and I know, and that brought me a lot of comfort knowing that this is right for me. But I’m very excited.”

Barty, who turns 26 next month, posted a video to Instagram announcing her decision through a conversation with her compatriot Casey Dellacqua, a retired player, one of her closest friends and a former doubles partner. Barty said she also would hold a news conference.

“I’m so grateful to everything that tennis has given me — it’s given me all of my dreams, plus more — but I know that the time is right now for me to step away and chase other dreams and to put the rackets down.”

It was the third time that Barty had stepped away from professional tennis but the first time that she had announced her retirement. In 2014, at age 17, when she already was one of the top doubles players, she took an indefinite break from the tour. She was depressed and weary of the travel and the pressures generated by early success. During that 17-month hiatus, she played professional cricket, but with encouragement from Dellacqua she returned to tennis in early 2016 reinvigorated and began her climb to the summit under the guidance of a new coach, Craig Tyzzer, an experienced and unflappable Australian.

Barty also took an 11-month break from the tour at the onset of the pandemic, remaining in Australia instead of traveling to tournaments abroad even after the tour’s five-month hiatus ended in August 2020.

But her surprise retirement announcement, coming with the tour back in full swing and shortly after her triumph in Melbourne, is clearly a decision that she has considered at length and made from a position of strength.

“There was a perspective shift in me in the second phase of my career that my happiness wasn’t dependent on the results and success for me is knowing that I’ve given absolutely everything, everything I can,” Barty told Dellacqua. “I’m fulfilled. I’m happy.”

Tweets by @forbesindia
Taliban orders Afghan girls' schools shut hours after reopening
First the pandemic, then war affect markets, economy but all is not lost