"Our soldiers, our border guards, our territorial defense, even simple farmers are capturing Russian soldiers every day, and all of them are saying the same thing: They don't know why they are here,'' Zelenskyy said in a speech posted on his Facebook page 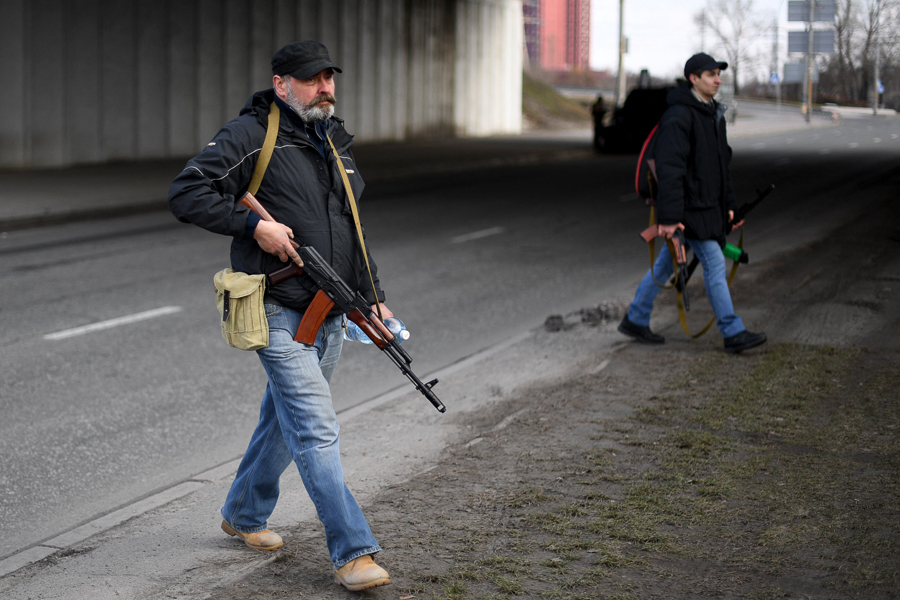 President Volodymyr Zelenskyy of Ukraine early Thursday portrayed invading Russian troops as directionless and asserted that the invasion plans of Russian President Vladimir Putin had been “ruined,” even as the first major Ukrainian city fell in the war.

“Our soldiers, our border guards, our territorial defense, even simple farmers are capturing Russian soldiers every day, and all of them are saying the same thing: They don’t know why they are here,’’ Zelenskyy said in a speech posted on his Facebook page. “These are not warriors of a superpower. These are confused children who have been used.”

Since the invasion started a week ago, Zelenskyy has issued a call to arms with daily speeches and social-media comments. His willingness to fight — he has said he’s Russia’s target No. 1 — against a superior army has made him something of a folk hero for many people who oppose Russian invasion. He received a standing ovation Tuesday when he addressed the European Parliament on a video link. His urging of a civilian resistance has echoes of Winston Churchill’s defiance of Nazi Germany.

“Even though there are 10 times more of them, the enemy’s morale is getting lower and lower,” Zelenskyy said. “We are a people who have ruined our enemy’s plans in one week.”

But Russia has stepped up bombardments of civilian targets across Ukraine and has begun to make some advances. Russian forces now control the southern port of Kherson and have a path to Odessa as they try to capture all of Ukraine’s Black Sea coast. They have also surrounded another southern port, Mariupol, and the second-largest city, Kharkiv, in the country’s northeast. And, they have massed a convoy outside the capital, Kyiv.

Zelenskyy said 9,000 Russians have been killed in Ukraine so far, while the Kremlin put its losses at 498. Neither of those figures could be independently verified.

Tweets by @forbesindia
In the pandemic, make sure your people don't have to worry about jobs, salary: Kulpreet Kaur, RELX India
Carlos Ghosn's former Nissan deputy gets suspended sentence