Could the government spend more during the lockdown?

What are the inherent rigidities of fiscal policies that prevent a government to spend more even if finances are available? Let's take a look at India's case 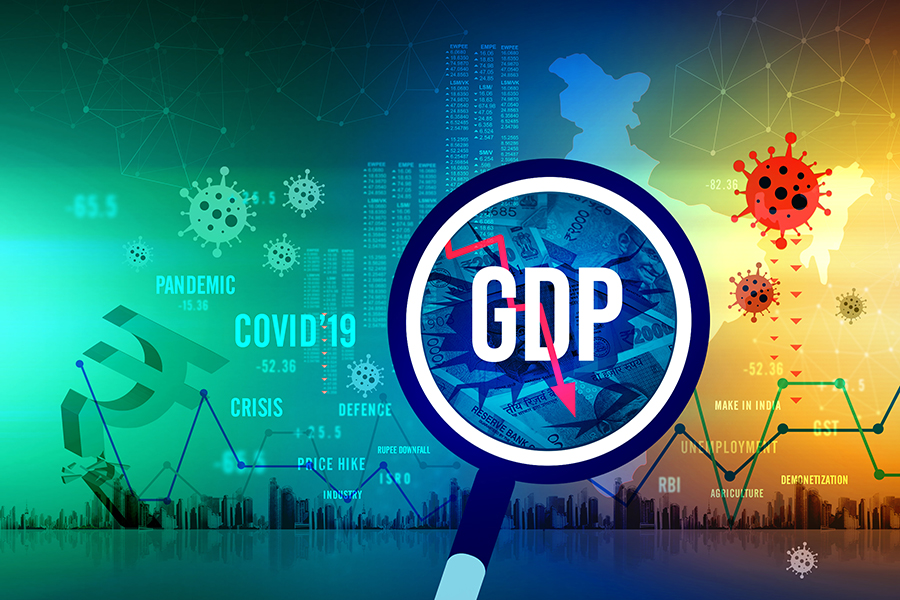 It is quite natural for peoples’ expectation from their governments to rise during a pandemic, and visibly, governments fell short of these expectations during Covid-19. Why could the governments not act fast enough and provide adequate relief? We may cite several reasons, including inadequate empathy, inadequate infrastructure, inadequate finances or inadequate power. While all these reasons may be true to some extent, it may be pertinent to understand why a government may face such inadequacies. What are the inherent rigidities of fiscal policies that prevent a government to spend more even if finances are available? Let's take a look at India's case.

On Feb 1, 2020, the Union Budget was presented to herald a decade of growth and prosperity. The Budget was to address the concerns of falling GDP growth rates. Against an expected revenue of Rs 22,45,893 crore, the government presented an expenditure statement of Rs 30,42,230 crore. Fiscal deficit of Rs 7.96 lakh crore looked too high though the nominal GDP growth rate it could generate was merely 10 per cent, even less than the 12 per cent planned in 2019-20.

Here, it would be pertinent to think of how much time a government spends in preparing the statement for expenditure of Rs 30.42 lakh crore. The Union Budget preparation exercise for FY 2022 has begun in October, a full four months ahead of the presentation. Different ministries would have evaluated projects that may be presented to the Finance Ministry for due consideration. All the hard work of several months of evaluating potential projects went down the drain as the country got hit by Covid-19. By the second week of March 2020, the number of positive cases had risen to 500. The priorities of the government had to be redrawn. In less than two months of announcing the budget, the government announced a nationwide lockdown to counter the threat of Covid-19. The government had earlier announced the National Infrastructure Pipeline (NIP) of projects worth Rs 102 lakh crore, which will commence in phases from 2020-21 to 2024-25. Projects worth ₹19.5 lakh crore are to be implemented during the current fiscal, as per the draft report. Due to the lockdown, the first three months of the financial year, i.e. April, May and June, have been almost a washout. Instead of government spending money on infrastructure, it had to plan to provide food security to the vulnerable sections of the society expected to lose jobs and earnings during the lockdown.

On March 25, India announced a complete lockdown. The government subsequently announced a Rs 1.7 lakh crore package largely to counter food insecurity. Further, it announced prohibition on demand for rent and any form of wage cuts. Schools were instructed to not to charge fees. This was bolstered by additional support of Rs 90,000 crore announced on June 30, which provided 5 kg foodgrains and 1 kg pulses for free to 80 crore beneficiaries, until November 2020. These expenses were not planned for in the Budget—and rhose that were planned could not be carried out. Almost all economic activity had come to a standstill, and the aggregate spending fell. What can people spend on during the lockdown? Basic home cooked food, medicines, sanitizers, entertainment on TV and Internet etc.

How would growth, then, be generated in such a scenario? Private consumption fell by about Rs 5.33 lakh crore and private investment went down by a similar Rs 5.3 lakh crores. This shortfall of Rs 10.63 lakh crore had to be met by government spending. The government increased the expenditure by 16 per cent, but it was too less to register a growth in GDP. The Q1 2020-21 GDP came out to be just Rs 26.9 lakh crore against Rs 35.35 lakh crore of Q1 2019-20. A 23.9 per cent decline. If the GDP were to grow even by 1 percent, the aggregate expenditure should have been Rs 35.70 lakh crore, implying a shortfall of Rs 8.8 lakh crore. This means that to register a growth of mere 1 percent, the government needed to spend Rs 8.8 lakh crore additional during the three months. This amount is even higher than the Rs7.96 lakh crore fiscal deficit for the year. Even if this money was available with the government, could it spend it without inviting proposals, evaluating them and awarding projects? The lockdown didn’t let any progress on the Rs 19.5 lakh planned projects under the National Infrastructure Pipeline, how would a government spend Rs 8.8 lakh crore without any project proposals at hand? Some economists said that cash could have been provided to the people through Jandhan accounts. Such recommenders probably forget that when logistics and production are stalled, supplying so much cash would mean a huge amount of money to chase small amounts of goods, thus expecting a steep rise in inflation. One shouldn’t forget that the modest cash provided to public during the lockdown led to sudden food inflation, rising to 9.2 per cent in May 2020. Inflation in June rose to 6.1 percent, much above the RBI’s target of 4 percent and also breaching the +/- 2 percent band. The fiscal system is such that a de-growth of 23.9 per cent or more was inevitable. As the unlock progresses, the economy will tend to come to normalcy. There are some green shoots in form of marginally higher September GST collections; fuel consumption and auto sector sales, but there is a long battle ahead and losing steam because of one quarter debacle will do the nation no good.