Make India vs Make in India

Make in India hinges on efforts to attract foreign investments to India. While that remains, and shall remain an important policy outlook, it will remain a distant dream if we do not address the impending problem—that of labour supply 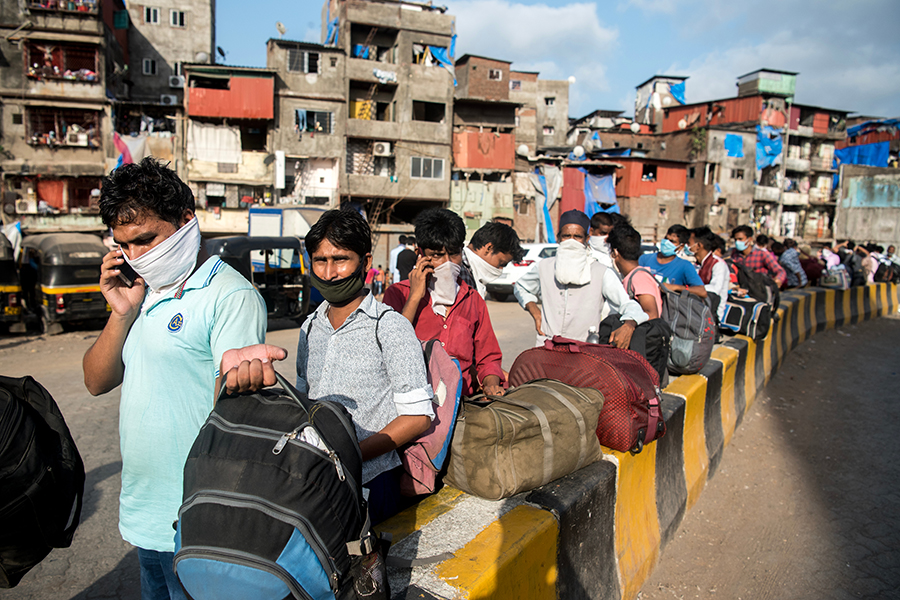 As we complete more than three months from the first case of Covid-19 in India, two facts are undisputed. One, the economy is collapsing; two, Covid-19 is yet to peak in India implying that the tradeoff economics and social distancing is getting ever more difficult.

Therefore, it is not surprising that the Centre as well as various State governments are now approaching lockdown in a discretionary way—across local areas, sectors and administrative jurisdictions.

While a cure for Covid-19 or its vaccine may not be readily available any time soon, a cure for the economy is urgent. It may perhaps mean doing major reforms immediately. The mantra for that reform must be ‘Make India’ and not ‘Make in India’. This is not semantics. Let me elaborate.

Make in India hinges on efforts to attract foreign investments to India. While that remains, and shall remain an important policy outlook, it will remain a distant dream if we do not address the impending problem—that of labour supply. Indeed, it may seem unthinkable that the Indian economy will ever be plagued by supply shock, that too of labour. However, recent developments and what we have planned for the next few months will lead us to that path.

Going by the trends of reverse migration, in another two months, most of the migrant labourers would have reached their places of origin. Given that the backbone of our economy rests on the informal sector and millions of such migrant workers, we need to urgently focus on how to attract them back. As it stands, it may not be an easy task to do so given the psychological trauma and the treatment they have received. This is what ‘Make India’ must aim at. Attracting foreign direct investment (FDI) will follow later. To get the labour back, one needs to evaluate the political economy.

Economics 101 has little place for government and nothing for politics. However, for economic policy making in India, leaving out the political economy is suicidal. Given the current economic distress most states find themselves in, some of the woes compounded by factors unrelated to lockdown, including AMPHAN and locust attacks, any policy announcements by the Centre without taking the States into confidence will be disastrous. In this scenario, the role of the Centre as well as the State must be revisited.

So, what exactly are the political economy challenges? Why has it become more demanding now? To answer that, let us look at few numbers. Based on the 2011 census reports, there were 172 million inter district migrants and 56 million interstate migrants. While most inter-district migrants are women and by marriage, interstate migrations, by contrast, is usually for economic opportunity. Not surprisingly, two states—Bihar and Uttar Pradesh—together account for 20.9 million (37%) of the total interstate migrants. Add Assam and West Bengal to it, there are 2 million more.

So why are these four states important? The answer is obvious. In the next 24 months, these four states, along with a few others, are heading towards their Assembly Elections. We should now brace for some competitive economic announcements from these states.  Unless careful, such competition will peg our economy further.

Keep in mind the fact that the economies of most states are stressed owing to nonpayment of accrued GST dues; the future isn’t too optimistic given a falling economy. Hence, any hope to pump more funds to revive the local economies to woo the voters is remote. Would it be too unnatural to assume that the respective state governments will now try to be extra ‘nice’ and overtly protective of the migrants who were pushed back home? Some Chief Ministers have already hinted at that.

Simply put, the supply bottleneck will start developing with the home states. The states will promise social security announcements for labourers who have returned, at least till the elections are over. Add to it the question whether labourers would be enthusiastic to go back to cities again, from where they were pushed back, given their recent experiences?

Traditional economics may not provide deep insights evaluating the cost of trauma over economic opportunity. But what economics can do is to help design labour laws that will incentivise labourers to join units that are now deserted. However, the early chatters, the kind of labour reform that some states are indicating is quite the opposite of what the labour needs. Once again, labour reforms are being aimed at attracting investment, while the immediate need is to attract labour. Instead of talking about extending working hours, doing away with labour management disputes, hire-and-fire policies, what is needed is a promised safety net for labourers, along with higher wages. This is the most effective way to tackle the ongoing demand constraint, along with the impending supply constraint.

An idealist might argue this is an opportunity to take the production units to areas where the labour supply is. It is an outcome that one can aspire for in the long run, but we are now in a crisis. Can we afford a gestation lag of over two years for production units to be set up? Instead, the effort should be to ease movement of labour again. This is where the roles of State and Centre need to be redefined. The States may announce competitive labour policies but the Centre is the one who can coordinate and facilitate the labour movement. Let the states compete for labour with labour-friendly laws; the Centre needs to step in only to enable the passage. Unless we address the issue of how to get the labour force back, we are headed for a mess far deeper than the one we are now experiencing.

Tweets by @forbesindia
Covid-19 warriors: A window to the world for residents in containment
Don't call us heroes. We are victims: Workers who cross the 'Lakshman Rekha' daily