Is the World Out of Recession?

Yes, if you go by the textbook. But it gets hazy if you look at other indicators

Going by the Book
Text books say when the economy shrinks in two consecutive quarters, you have recession. By this measure, the recession is very much behind us. In fact, International Monetary Fund’s World Economic Outlook, released last October starts with this sentence: “After a deep global recession, economic growth has turned positive.” But, that recovery was led by developing economies, and advanced economies were still in recession then. 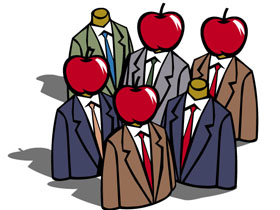 That has changed now. The US grew 5.7 percent in the last quarter of 2009. Germany, UK, Japan, all grew, albeit at a slower rate. Economists and policy makers are cautious. Harvard’s Kenneth Rogoff, has warned about more sovereign defaults like the one in Greece.
Among BRIC countries (Brazil, Russia, India and China), China and India never went into recession. Brazil briefly did, but its recovery seems pretty strong.
Jobs Where It Matters
Ronald Reagan famously said: “A recession is when your neighbour loses his job; a depression is when you lose yours.” By this definition, recession is still around. In the US, payrolls continued to decline in January (when it declined by $20,000 net). Germany has more unemployed today than three months ago. In Japan, unemployment rate has marginally come down. In developing economies, again, the job market is improving.
What Consumers Say
Real recovery is when consumers spend. US consumers, who reportedly led the boom after the East Asian crisis, aren’t in a hurry to spend now. The Conference Board Consumer Confidence Index came down to 46 in February from 56.5 a month earlier. UK consumer confidence improved in January compared to the previous two months, but deteriorated compared to a year ago. In Brazil and China, retail sales are growing. 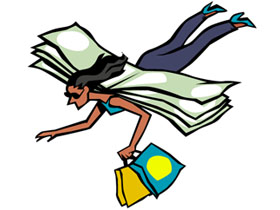 Deal Makers Are Slightly Busier
Deal makers haven’t been busy in the last two years. Managers were busy putting the fire out in their backyard, and money was hard to come by as investors became risk averse. But in India, mergers and acquisitions (M&A) activity doubled in January compared to the same period last year, according to financial research services provider VCEdge. In 2009, M&A deals worth $1.9 trillion took place, down by a third from 2008.

Gold Prices and TED Spreads
When investors lose faith in other assets, they turn to gold and gold prices go up. In a recovery gold prices fall. Gold prices have been falling, but are still much higher than what they were before the crisis. The Treasury Eurodollar (TED) spread gives a different story. It’s the difference between US Treasury Bill rate and Eurodollar rate; a high TED spread indicates risk aversion. In September 2008, it was more than 450 basis points; now, it’s less than 20 basis points. 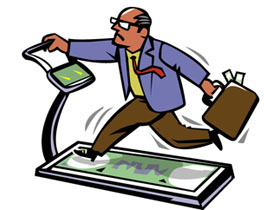 What Do the Businessmen Say?
A McKinsey survey, conducted in February, found executives seeing improvement in business prospects — a third saw increase in profits — but their hopes for continued economic recovery had dampened compared to December. Fewer respondents (59 percent compared to 69 percent earlier) said they expect their national economies to be better in six months. Executives in emerging economies had a different and optimistic story to tell.
Graphics: Malay Karmakar

(This story appears in the 19 March, 2010 issue of Forbes India. To visit our Archives, click here.)