Sovereign Wealth Fund: Is It Right For India?

There is a call for India to create a sovereign wealth fund. We look at the risks and the rewards

Oil Companies Want It
Creating a sovereign wealth fund (SWF) will allow India’s forex reserves to be used for investment in oil assets. There are about 37 major sovereign funds worldwide — about two-thirds of this money comes from oil and gas revenue. The most successful examples of SWFs are those from Norway, Kuwait and Brunei. 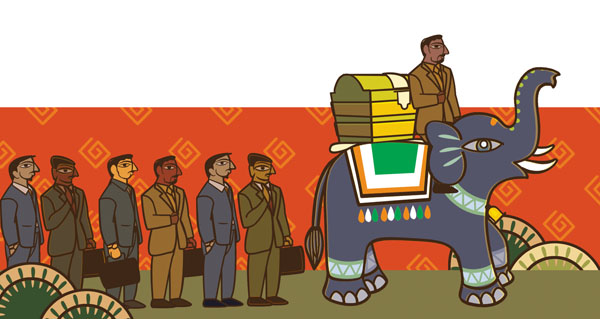 Does ONGC Really Need The Money?
Oil and Natural Gas Corporation is one of India’s most under-leveraged companies with a debt-equity of 0.01. It had cash and short-term investments amounting to close to Rs. 9,000 crore at the end of March 31, 2009. For all these years of overseas acquisitions through subsidiary company ONGC Videsh (OVL), its problem has never been shortage of cash. Whenever ONGC has lost out to Chinese players or other competition, the problem has been the value the Indian oil major was willing to put to the deal.

“Instead of having a separate SWF, Indian oil companies should be doing this job on their own as they are in a better position to handle it by raising their own funds,” says a fund manager with a leading mutual fund.

Others Are Doing It; Why Can’t We?
With reserves of $2.4 trillion and a $300 billion sovereign fund, China has outpaced India in the quest for resources to feed its economy. Chinese companies spent about $32 billion last year buying oil, coal and metals assets abroad, while ONGC invested $2.1 billion to buy Imperial Energy.

China has the backing of China Investment Corp. and SAFE (State Investment of Foreign Exchange) Investment Company, both together account for an SWF of $636 billion. Oil companies and the petroleum ministry feel this could be the right way to go. But experts say this is not the best way to use foreign reserves.

Do We Have The Appetite For The Risk?
One of the concerns is how much risk a government-controlled fund will be willing to take. Investments in oil are often high-risk-and-high-return bets. The petroleum secretary, S. Sundereshan, who is seen to be supporting the move towards forming an SWF, says he would like to see Indian oil companies make one big acquisition every year. Many of the deepwater bets taken by the smartest oil companies in the world have proved to be wrong, sinking millions of dollars. Will an Indian sovereign fund, where every decision has to be cleared by an empowered committee, be able to take these risks? The other problem is the speed of decision making. Government-owned oil companies like ONGC and BPCL already face red-tape and delays in getting clearance, often resulting in the opportunity being lost. Will it be any different for the sovereign fund? The fund will have to be answerable for its returns.