Women in senior management have more negotiation power than they think in today's labor market, says research by Paul Healy and Boris Groysberg. Is it time for more women to seek better opportunities and bigger pay? 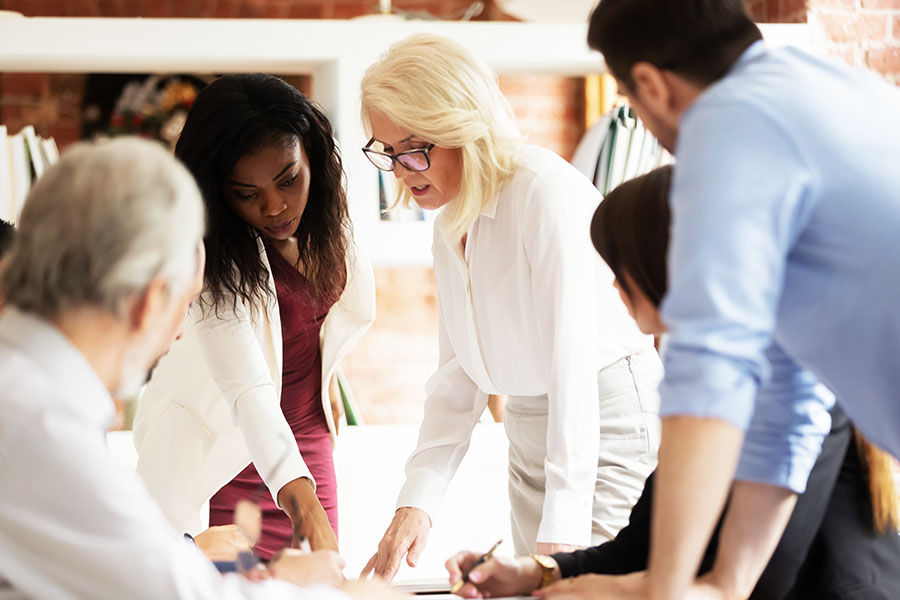 The push for gender diversity in senior management could spell an opportunity for women to make a case for higher salaries, especially in fields where their gender is underrepresented Image: Shutterstock

Pressure to increase gender diversity in C-suites is so intense that companies are trying to draw women candidates with higher salary offers, a phenomenon that is closing the gender pay gap among senior executives, research shows.

Female executives still don’t earn as much as their male counterparts, but a woman in a senior leadership role who switches to a new firm can now expect a salary bump of 25 percent on average, whereas a man making a similar move will see 9 percent more pay, says Paul Healy, the James R. Williston Professor of Business Administration at Harvard Business School.

A search firm executive who was interviewed as part of Healy’s research explained how eager companies are to recruit women to their upper ranks: “Virtually all of my clients [looking to fill a senior role] will go out of their way to include a woman on the short list,” the executive said. “… If a woman is not initially interested in a role because it is not quite big enough or broad enough for her, they’ll often say, ‘OK, OK. You can have this other division of the company as well.’ … They will absolutely happily pay more for women. There is just such a strong push and momentum behind bringing women onto the exec team.”

That push for gender diversity in senior management could spell an opportunity for women to make a case for higher salaries, especially in fields where their gender is underrepresented, Healy says. “You can bring that power to the negotiating table in at least trying to make sure you're treated fairly,” he says.

Healy partnered with Boris Groysberg, the Richard P. Chapman Professor of Business Administration at HBS, and Eric Lin at the US Military Academy, on Job-Hopping Toward Equity, published recently in the MIT Sloan Management Review.

The difference in pay that comes from job-hopping only helps to shrink—not eliminate—a longstanding gender pay gap, but any progress is important, considering the stickiness of the problem, the researchers say. Despite growing awareness and activism, the wage gap has remained largely unchanged for the last 15 years, according to a recent study by the Pew Research Center, which found that in 2020, women earned 84 percent of what men made for similar jobs.

Meanwhile, women have gained higher levels of education and workforce integration, leading analysts to blame ingrained bias and “occupational sorting” for the difference. Occupational sorting occurs when people select jobs based on their demographics. For example, women often choose lower-paying roles that provide the flexibility they need to work and be caregivers.

Indeed, Healy and colleagues find that between 35 and 55 percent of the gender wage gap for executives reflects differences in the types of jobs that women choose versus men with the same qualifications.

At the same time, workers are moving to new firms more than ever. While people used to stay put for several years at one firm, prizing loyalty and slow-but-steady increases in pay and responsibility, by the early 2000s, 33 percent of new CEOs came from outside firms, up from 15 percent in 1970.
Women earn more in male-dominated fields

To study the effect that job-hopping had on salaries, Healy and colleagues studied data based on 2,000 senior-level job switches from executive placement firms, LinkedIn career information, and interviewing search professionals. Overall, the research results suggest that, at least within top-tier companies and especially within traditionally male-dominated industries and job functions, women moving to new firms help shrink the gender pay gap.

Also read: Women at work: Can we bridge the gender pay gap once and for all?

How much a woman’s pay rises when she switches firms varies. The more visible the role, the more likely the employer is to pay a woman more, since highly visible roles meet societal or board pressures to address equity concerns. The results also showed:


“When there's more scarcity and higher demand, that puts a premium on the type of person and on your willingness to pay,” explains Healy.

What female executives should consider

It’s important for women in upper management to be aware that they are in high demand, so they can seek higher salaries, Healy says. “You have a little bit more power than you might have thought,” he says.

Indeed, one search executive interviewed by the researchers noted that this knowledge can translate to big payoffs for women in corporate leadership roles: “Some of the female executives who are aware of [the scarcity effect] have negotiated remarkable compensation agreements. I think that the phenomenon is very real, and the few women who’ve figured it out have monetized it nicely.”

Although the prospect of a generous salary may be tempting, Healy cautions that women should be careful to research any organization they’re moving into to make sure it’s diverse and welcoming.

“There’s probably no free lunch here because going into an organization that has fewer women and has potentially had more of a problem with diversity may be a more challenging work environment,” he says.

Healy and his colleagues recognize that job hopping is only one step toward achieving gender parity—and more needs to be done.

“Although we’re seeing progress for some,” they write, “compensation remains far from equitable overall. But there’s movement—and by understanding where it’s happening, both employers and job candidates can build on it.”