Salary Negotiations: A catch-22 for women

Too assertive or too nice? New research from Julian Zlatev probes the lose-lose dynamics that penalize women in negotiations and perpetuate gender inequity 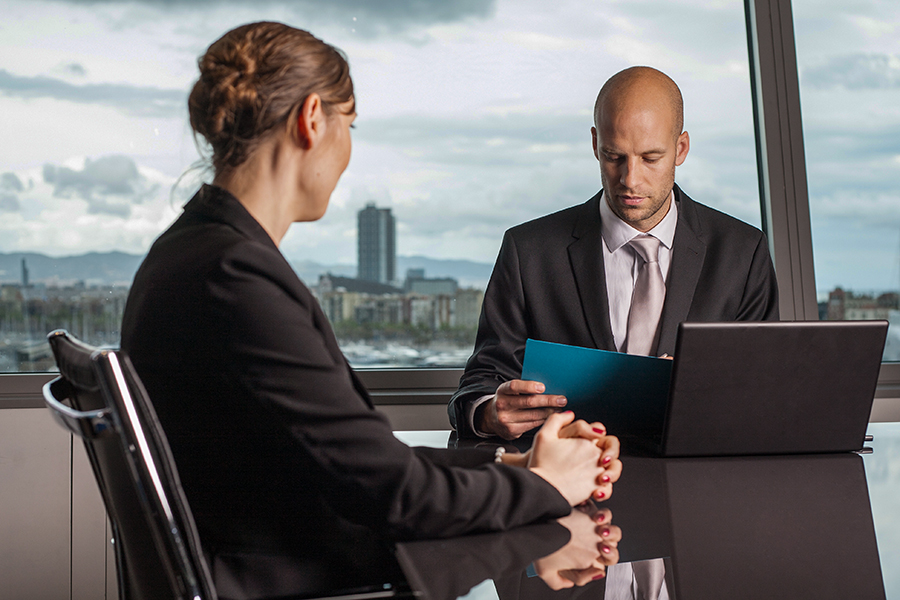 Critical obstacles still stand in the way of gender equity, particularly when it comes to pay and promotions Image: Shutterstock

The higher a woman rises through a company’s ranks, the more backlash she faces if she negotiates her salary assertively—a phenomenon that contributes to the wide gender gap in the C-suite, new research suggests.

By analyzing data from more than 2,500 negotiators, Harvard Business School Assistant Professor Julian Zlatev and colleagues found evidence that women who felt empowered at the negotiation table were more likely to reach worse deals or no deal at all. The results held regardless of their negotiation partners’ gender.

Eight years after Sheryl Sandberg encouraged women to persevere on the corporate ladder in her book Lean In, critical obstacles still stand in the way of gender equity, particularly when it comes to pay and promotions. Based on the results of their study, Zlatev and his colleagues surmise that negotiation dynamics not only contribute to the dearth of women in leadership roles, but also create a lose-lose situation for all women in the workplace, as neither assertiveness nor conforming to stereotypes leads to success. To address these issues, companies will need to reimagine the negotiation process, says Zlatev.

“Something needs to be done at the organizational level to keep assertiveness from leading to this backlash in the first place,” he says. “I don't think the idea should be to tell women, for example, not to lean in.”

Zlatev and his co-researchers, Jennifer Dannals of Dartmouth College’s Tuck School of Business, and Nir Halevy and Margaret Neale, both of Stanford University’s Graduate School of Business, analyzed data from 2,552 MBA students and executives from five continents who took part in virtual and in-person classroom exercises in negotiation. The researchers wanted to understand why women consistently underperform men in similar negotiation settings, as has been repeatedly shown by past research.

Having a strong alternative shapes behavior

When a woman with a strong outside option, such as a job offer from another company, is negotiating, the likelihood that the discussion will end in an impasse nearly triples, regardless of whether she’s negotiating with a man or a woman, the study shows. A strong backup offer presumably frees a person up to negotiate more assertively, says Zlatev, giving them more power in the exchange. But the study shows that a more powerful woman triggers a more powerful “backlash” response in her negotiation partner, likely based on ingrained stereotypes and subconscious notions about how women “should” act.

“If you’re not assertive enough, you don’t get your desired outcome, and if you are assertive, you risk getting this backlash,” Zlatev says.

In the corporate setting, the backlash a woman faces will likely intensify as she gains power, the researchers say.

“This research lends further credence to the notion that it may be difficult for women to reach higher rank positions in organizations even though women may actually often practice advantageous leadership styles once they achieve these positions of higher rank,” the researchers write in the article, The Dynamics of Gender and Alternatives in Negotiation, which was published in the Journal of Applied Psychology.

Asked whether the classroom setting of the negotiations included in the study might have affected participants’ behavior, Zlatev says he and his co-researchers believe that it may have lessened the effects that their research revealed, as people tend to be more assertive or unyielding when real money is on the line. While gender was a key dimension in the study sample, Zlatev stresses that gender is just one of many factors at play that affect negotiation outcomes.

Also read: Women are taking up more leadership roles but not in the boardroom

Some companies, such as Reddit, have eliminated salary negotiations from the hiring process in an effort to quash gender bias and pay gaps, but doing so also eliminates opportunities to maximize value for both parties.

“Negotiation is not a zero-sum game,” says Zlatev. “It's about trying to figure out what you value in the negotiation and what your counterpart values and how can you trade off on those different issues to try to grow the size of the pie and really get as much out of the negotiation for both parties as possible.”

To retain those trade-offs, Zlatev suggests that companies consider making certain elements of a compensation package non-negotiable, especially as research reveals the most gap-widening aspects, such as salary. Seemingly lending support to this approach, past studies have found that situational ambiguity in a negotiation exacerbates the gender gap, and that decreasing that ambiguity helps to close it.

“By allowing for negotiation, but putting some guardrails on that negotiation,” Zlatev says, “I think that would be one way to try to close the gender gap as much as possible while still allowing many of the benefits of negotiation to come through.”
About the Author