Are we entering an era of Neuromanagement?

Will you be taking a brain-scan for your next job interview? Jim Heskett explores the emerging world of neuromanagement and what it means for both organizations and employees. What do YOU think? 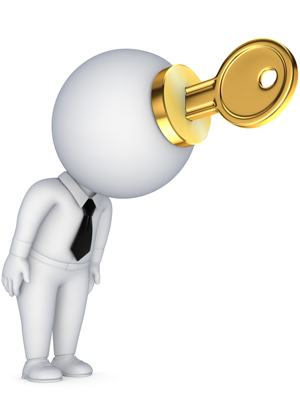 For years, behavioral scientists have been telling us that they have a great deal to contribute to decision theory and management. Their work most applicable to business, however, was often overshadowed by that of economists. But as the assumptions of rational behavior and "perfect information" that formed the basis of much of the work in economics concerning markets came into question, behavioral science not based on those assumptions gained ascendance.

At first, the contributions from behavioral science were based on laboratory tests, too many of them involving handy college students. They helped describe biases (at least among those being tested). For example, we learned that people tend to devalue long-term returns in relation to short-term gains. They tend not to buy and sell according to self-set rules.

A person willing to pay up to $200 for a ticket to a sporting event is not, once he owns it, willing to sell it at any price above $200—counter to what economists would predict. Behavioral science regards it as perfectly reasonable behavior, explained by what they call the "endowment effect." It is one of many behaviors that help explain why markets are not always "rational," why they may not be a reflection of perfect information, why people buy high and sell low.

A recent study of "midlife northeast American adults" raises questions about whether we are entering the next stage in what might be termed an era of neuromanagement. In it, a group of researchers claim to have found that brain structure and the density of cells in the right posterior parietal cortex are associated with willingness to take risks. They found that participants with higher gray matter volume in this region exhibited less risk aversion. The results "identify what might be considered the first stable biomarker for financial risk-attitude," according to the authors.

The study is a distant cousin to those that have located the side of the brain associated with creativity and the portion of the brain that is stimulated, for example, by gambling or music. Assuming: (1) there will be more research efforts combining the results of brain scans with behavioral exercises, and (2) findings are proven to be more valid than, say, those associated with phrenology, it raises some interesting questions about the future.

Is it possible that some organizations selecting and hiring talent may, in the future, require a brain scan, just as some require psychological testing today? Is hiring on the basis of brain structure much different than hiring, for example, on the basis of height or other characteristics required to perform certain jobs? Or does it raise too many ethical questions? For example, who will own the data? How will it be used? How would we apply the results?

Are we entering the next stage in an age of neuromanagement? What will it look like? What do you think?