Corporate restructuring is never easy. It is an arduous task which is fraught with difficulties and takes up a great deal of senior management's time 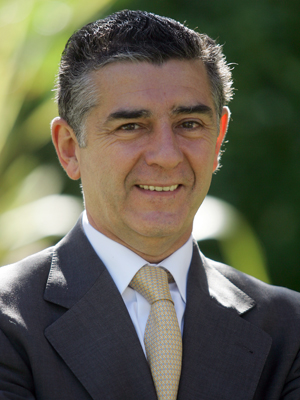 In the wake of the financial crisis some of the worst hit nations – including Greece and Ireland – had to restructure their debts.  Their incomes could no longer cover their debt payments.  They were not alone.  Recession pushed many companies to the brink.  Some failed, others restructured their finances and operations and emerged on the other side.

Among those who restructured their way from the precipice was the Spanish toy company, Famosa. The onset of the financial crisis in 2007 decimated Famosa’s sales and narrowed margins. The company racked up losses in 2007 and 2008.  After more losses in 2009, bankruptcy beckoned. But, after restructuring, Famosa was able to survive. It set up a negotiated process so that the company optimized operations and adapted payments to its ability to generate cash flow.

Over recent years, many firms like Famosa have escaped bankruptcy and closure by restructuring their liabilities.  They are the fortunate ones, but corporate restructuring is never easy.  It is an arduous task which is fraught with difficulties and takes up a great deal of senior management’s time.

The stakes are high. During any restructuring, the very future of the company is at risk. Each restructure is unique, dependent on the company and executive team, but to succeed five common pitfalls need to be avoided:

1. It’s more than refinancing
Restructuring a failing company means introducing changes that will make it viable and profitable once again and to implement changes so that it will generate enough free cash flow (FCF) to cover the service of debt and satisfactorily remunerate shareholders. While any corporate restructuring implies financial changes, it is not only about refinancing. It is important to understand the underlying causes of the liquidity problem and not to blame others (for example, the lack of support from banks). Furthermore, because restructuring comprises the implementation of improvements in the scope of the firm, its asset management, and capital structure, the process is more than a matter of changing the terms and conditions of the debts.

3. Preparation is essential before the negotiation starts
Every negotiation requires preparation and a strategy. Managers cannot walk blindly into negotiations.  They need first to think of specific requests as well as the guarantees they can offer, before negotiation with the banks even begins. During their preparations executives can propose and determine how the possible refinancing is going to be distributed, under what conditions, and subject to what limits and guarantees. Negotiating strategy and tactics should include identification of the negotiable points, possible counter-proposals from the banks, and matters kept in reserve (if possible) to be raised during the process.

4. Consistency will deliver results
At this crucial stage in a company’s life, inconsistency in communication or strategy can be fatal.  Some ways to be consistent:


5. Don’t get lost in the process
Independently of the legal, technical and tax complexities involved in a restructuring, don’t forget what the process is all about. Remember: Successful restructuring is a team effort.  Success requires that companies work closely with their investment partners. In a restructuring, investors are not only shareholders, but also supporting financial entities. For managers the challenge is always to be a step ahead by preparing the (eventual) next round; to be transparent; and to communicate effectively. Follow these rules and avoid the common most restructuring pitfalls and they might just save their company’s life.

Tweets by @forbesindia
Learning to Manage Global Innovation Projects
Are we entering an era of Neuromanagement?