Rock-a-bye Baby, In the Car Seat

The benefits and lessons from rear-facing car seats 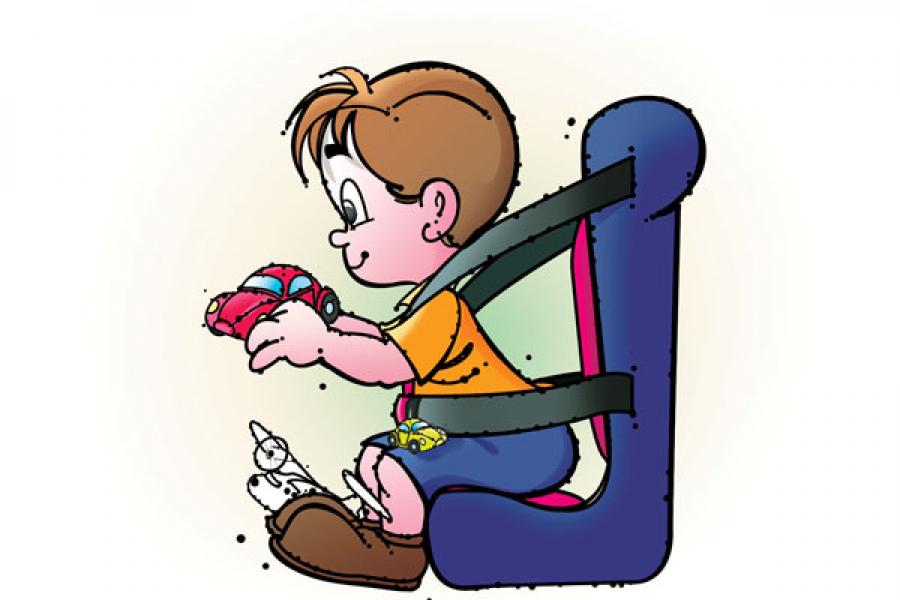 There are times when it is appropriate to turn your back on your audience. My nephew taught me this as he snoozed away in his rear-facing car seat on our first long drive together. As someone who has struggled to stick to a lane, change gears with fluency, or in general drive well, I am exactly the kind of driver that justifies packing a child into a protective car seat. Most of us intuitively appreciate that car seats are safe. What may be less clear is how they should be used and what they can teach the grown-up world.

The American Academy of Pediatrics recommends that parents always use a car safety seat for infants and young children. Studies show that the safest place in a car for a child is a car seat fastened to the centre of the back seat. Children in the US under the age of three were nearly half as likely to sustain an injury in a car crash when seated this way. Though the rear side seats may seem more secure, the centre seat is safest as it keeps the child farthest from any potential impact to the side of the car. What about protection from forward momentum? The rear-facing seat was specially designed for that.

A Swedish inventor, Bertil Aldman, studied injuries in astronauts undergoing high acceleration during takeoff and in 1964 created the first rear-facing car seat. It protects a child by distributing the force from a forward collision across the relatively large area of the back, neck and head. Also infants have weak neck muscles, and this configuration saves them from whiplash-like injuries. While official recommendations are to keep infants less than one year or below 10 kg in a rear-facing car seat, there is increasing data that kids should continue rear-facing as long as they agree. Limitations are that rear-facing car seats are difficult to find for children over four and by six most children will be loathe to sit in a child seat of any kind. Luckily, my parents did not read articles like this and I carry no marks from being trapped in a car seat until puberty, which I think I did hit by six. Another important consideration is that for a car seat to be safe and effective, it must be properly installed. Many cars now come with standardised ISOFIX fasteners in the rear seats that make installing and safely securing a car seat simple. There are good online resources such as www.babycenter.in with information on the types of car seats available.

What can we grown-ups learn from car seats? Most obvious is that we should travel rear-facing as well. Air crash investigations have shown that rear-facing flight attendants suffer fewer injuries than passengers who face forward. Some airlines such as British Airways in its Club World cabin have rear-facing seats. Most other airlines have not played much with the orientation of their seats out of concern that passengers are happy to sit facing forward. The ballsy budget airline Ryanair has also not proposed rear-facing seats. Its latest plans, though, will have you on your feet.

The airline recently announced that it will create a series of vertical seats that passengers can book, and then lean on, for as low as 5 euros. Safety experts say that there are many hurdles to overcome before standing seats will be approved. Critics claim this is another publicity stunt by Ryanair that once floated a plan to levy a fat tax on its larger flyers. Ask me and the whole grown-up world has just gone too complex. I wonder if being strapped into a car seat during the formative years has any role to play.

Tweets by @forbes_india
Raghuram G. Rajan: There is No Substitute for Good Regulation
The Role of Risk