Pac-Man is the Bible of Gaming - A Look Back

Ultimately, it was the choice of a few letters that turned Pac-Man into one of the world’s most successful video games ever, instead of an ideal target for adolescent vandals. 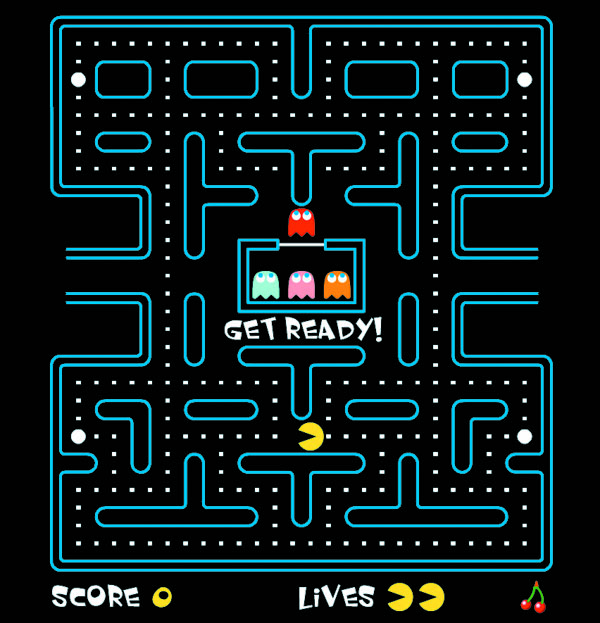 For “Puckman” was the name coined by young Toru Iwatani, a designer with Japanese video game developer Namco, for the central character of an offbeat game he came up with in 1980. Iwatani’s game involved a yellow blob racing through a maze, gobbling up the dots in its path. The enemies were four animated blobs, called “ghosts”, which kept crisscrossing the maze in search of Puckman.
After lacklustre adoption in Japan, the game headed out to the USA in 1981 through licensor Midway Games. Fortunately Midway executives were able to imagine what young players armed with a spray-can would do to arcade game machines named “Puckman”, so they renamed it “Pac-Man”. That small act saved the game from spray paint and ridicule, in return for unprecedented success and admiration.
“Pac-Man is like the Bible of gaming,” says Alok Kejriwal, the co-founder and CEO of Games2win, one of the largest video game developers in India. So powerful was the game’s appeal, he adds, that Pac-Man game scores became the de-facto “currency of competitiveness” during the 1980s in schools. “We used to compare Pac-Man scores in school like the youngsters of today compare GMAT scores,” he says.
Experts attribute Pac-Man’s multi-decade success to many individual reasons — uncomplicated gameplay, quirky theme music, easy-to-use controls and a non-threatening game environment that appealed to adults, including women. Though many games before and after Pac-Man have replicated some of these features, very few have been able to replicate all of them.
Pac-Man’s success wasn’t all cultural either. It is estimated to have earned over $100 million in the last three decades for its game developer and its various licensees around the world. There were authorised Pac-Man T-shirts, board games, lunchboxes and music singles. The game itself was spun, legally and illegally, into numerous sequels over the years — Pac-Man Plus, Jr. Pac-Man, Professor Pac-Man and Ms. Pac-Man. Though originally launched as an arcade game, it was soon ported to various devices like game consoles, computers, mobile phones and even iPod music players.
Atindriya Bose, the head of Sony’s Playstation gaming console business in India, attributes a large part of Pac-Man’s success to its ability to morph across hardware platforms. By using updated graphics and presentations, while relying on a basic game engine that has remained more or less the same for decades, Pac-Man became independent of hardware platforms and therefore universal, says Bose.
Kejriwal’s analysis is even deeper. Using a proprietary game analysis model, an independent game rating team within his company compared Pac-Man against 10 of today’s most popular games. The result: A three-decade-old game is still more appealing than six other games, developed with millions more dollars. 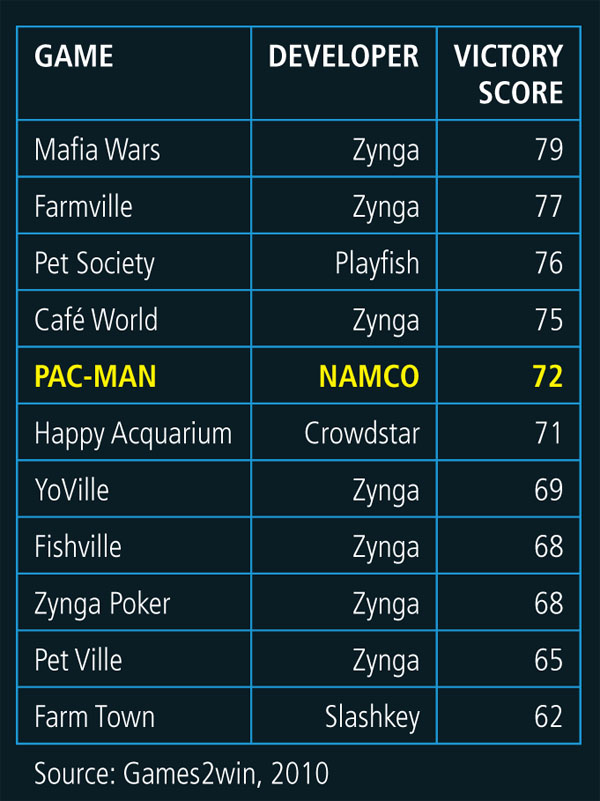