India’s premier business school IIM-Ahmedabad did the unthinkable — it junked its day-based placement system that has been around for decades and replaced it with a cohort-based system.
In the day system, recruiters converged on campus during the designated placement week. The most-coveted companies would come on the first day or Day Zero, and get a chance to interview students first. For business schools, the day-based system became a barometer of success. The less time you took to place your batch, the more successful you were. 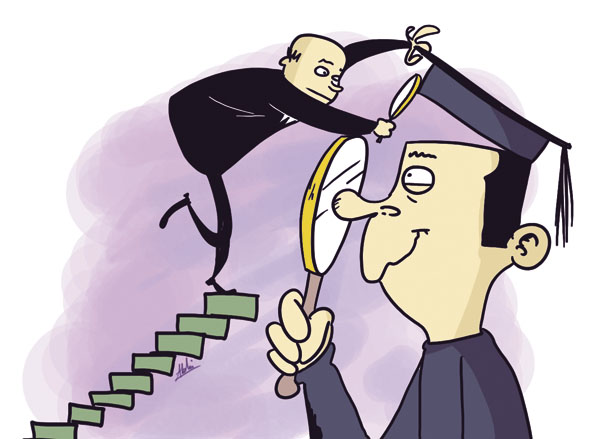 In the new cohort-based system, placements will happen over consecutive weekends and the entire process will last for six to seven weeks. Each cohort, consisting of a group of companies offering similar roles, would come to IIM-A and interview students on one weekend. After a break of five days, the next cohort would come to campus. There will be no spot offers in the new system. Placements chairperson Saral Mukherjee along with the student placement committee has been working on the new system for nine months now. Yes, the new system will disrupt their academic calendar. But the cohort system has its benefits too, as it allows recruiters and students to interact over an extended period of time and gauge the right fit.
The change was long overdue. This year’s batch at IIM-A has around 315 students and this is slated to grow to around 400 next year. This has squeezed the placement process.
Ravi Srivastava, partner and director, BCG says, “Four-five years back we would go to IIM-A and get 45 minutes for the first interview and enough time for subsequent interview rounds. But now the time allowed for recruiters to meet candidates is crunched — we often have to do two interviews in 45 minutes.”
There are serious concerns about whether the right people are being placed in the right jobs. Spot offers, especially, can result in a mismatch because a student is allowed to “hold” only a limited number of offers. “Recruiters were complaining that the day-based system had become like a speed-dating process,” says Mukherjee.
In this pressure to get a quick placement, very often individual interests and career choices would be ignored and students would accept offers regardless of fit.
In the long run, the real solution lies in allowing students and recruiters to get to know each other over an extended period of time. IIM-A has launched a Talent Bouquet Web site with profiles of each student and recruiter. The site will allow recruiters to see the entire student database and post job descriptions. They will also be able to search using keywords.
The other IIMs are not following IIM-A’s footsteps — but they also feel that a change is needed. Says Prafulla Agnihotri, placements chairman, IIM-Calcutta, “The old system has certainly become obsolete.”