Danes are the happiest people in the world and sport has much to do with it. India too could take some lessons and transform its sporting landscape 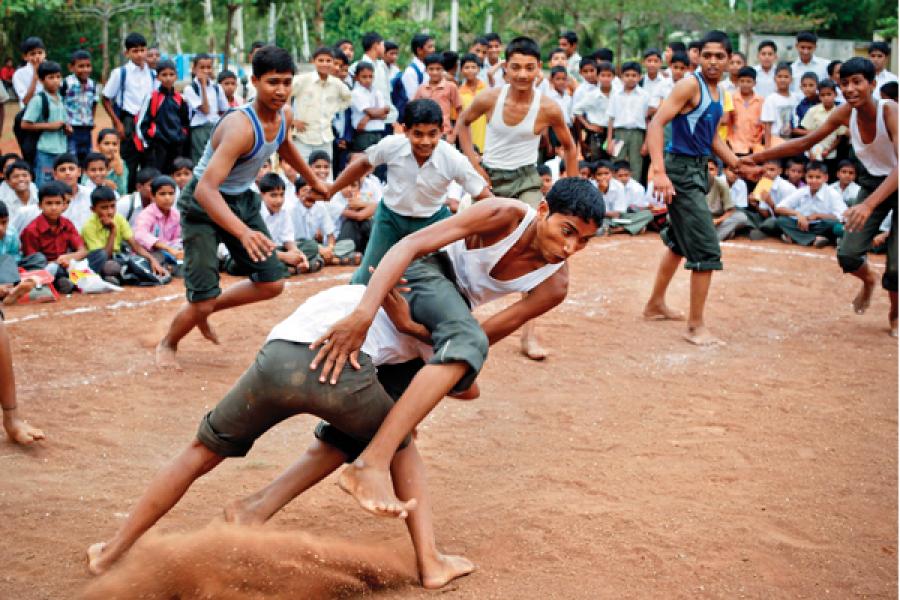 Image: Danish Siddiqui / Reuters
Physical exertion has long been part of human evolution; take that away and you have an imbalance

Three questions: Why are Danes among the happiest people on the planet? Why is India fast becoming world’s capital in lifestyle diseases? What has sport got to do with this?

Recently, at a packed hall in the National Centre for Biological Sciences, Bangalore, evolutionary biologist Daniel Lieberman presented some stark figures on India’s impending healthcare crisis. These weren’t new revelations, but Lieberman followed up those statistics with his idea of a magic pill: Sport and exercise—a proven antidote to several of humankind’s deadliest diseases.

Coming from anybody else, that solution might have caused a few yawns. Lieberman is no healthcare specialist or World Health Organisation-appointed expert, but he has worked in areas that health experts are only dimly aware of; and his work on human evolution has given him some insight into what our approach for 21st century disease rates should be like.

Physical exertion has long been part of human evolution; take that away and you have an imbalance. Lieberman furnished some startling proof: He quoted studies that showed moderate exercise (30 minutes a day, five days a week) had led to a 40 percent decrease in heart disease; 27 percent decrease in stroke; and 50 percent decrease in diabetes, cancer and blood pressure. More medicine surely wasn’t the answer to more disease.

It would be a good idea, therefore, if the Indian government were to make sport part of public policy. Even a cursory glance of most Indian cities and towns would reveal that Indians aren’t a sporty people. This isn’t because we don’t like sport, but that there’s just no place to play.

Indoor arenas are few, expensive and barred to most of the public. Playgrounds have either been taken over for real estate projects, or turned into mega stadiums where only a few can play while many can cheer them on.

In effect, this means that most of India’s sporting passions are spent watching the Indian cricket team on television. That’s what passes off for sport, and it’s ironical that watching TV will eventually lead to one of the lifestyle diseases that Lieberman mentioned.

That brings us to another point: Why shouldn’t sport be seen as a ‘commons’—a resource that every citizen should have access to?

It’s not just to counter ill-health that India needs to invest in sport. In Denmark, for instance, sport is seen as an activity whose economic and social benefits cannot be understated. A sporty society would be a more competitive society; less likely to fall ill and cause a drain on the exchequer; its old people are likely to be fitter; and not to mention the allied business of sports as entertainment and tourism. So high is sport on the government’s priority list that Sport Event Denmark—a body conceived purely to build Denmark’s credentials as a host of international sport—received 25 million kroner in 2012-2013. Overall, sport receives around 635 million kroner from the state, mainly through public lotteries and games.

The idea has percolated throughout Denmark, nowhere more spectacularly than Odense, Denmark’s third largest city (of 190,000 people). Odense is so passionate about sport that the official motto of the town council is ‘To Play Is To Live’.


“We have used sports for many years to solve social problems, especially in the poorer areas of the city,” Stina Willumsen, until recently the minister for women and sport in Odense, told this writer last year. “We have specific parts of the city with problems, with immigrants and unemployment, and in those parts of the city we have collaborations between the football clubs and schools, and that has proved to be successful among young boys. We can see they would probably have turned into criminals when they grew up, and those kids we recruit to the clubs, and through that they learn discipline and friendship. We’ve had a lot of success.

“For us, investment in sport means savings in health care. Odense has more than 400 sports clubs. Anybody can start a club, and the government will fund it. Clubs are the units of sport in Denmark, because we believe clubs foster the democratic spirit. When your club is government-funded, you need to follow some rules and hold elections; you’re expected to conduct yourself democratically. The only condition for the club is that it has to be open to everybody.”

If Danes are among the happiest people in the world, sport has much to do with it.

But how is India to transform its sporting landscape? After all, the question of land use still remains.

Perhaps we can borrow an example from Hong Kong, whose population density is greater than our major cities. With a total population of 7.03 million, and a population density of 6,540 every sq km, we can draw some parallels with Bangalore (population density: 4,378 per sq km). Hong Kong manages to provide its citizens access to sport by ensuring that government buildings have a floor or two for multi-sport activity. The government website lists 568 badminton courts across Hong Kong. And that’s only badminton. (Bangalore has less than a dozen halls for the public to play badminton. The situation is not different in other Indian metros.)

India should wake up to the fact that sport must necessarily be a mass activity. It cannot mean an inactive billion cheering on a dozen cricketers—that defeats the meaning of sport. Denmark, for instance, makes a clear distinction between elite sport and mass sport. The government website states: “It is an official political objective that Danish sports should be for everyone, and sports activities are characterised by a parallel effort for the elite and the masses.”

How one wishes that were true of India as well!