Financial Decision Vs. Investment Decision In The Telecom Sector, What Is First?

The financial and operating risks will be key variables in the business plans of telecom operators, e 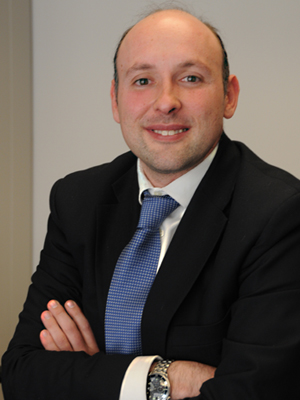 The telecom sector is mainly characterized by being a cross sector with effects on the competitiveness and productivity of the economies. At the same time, the sector is capital intensive -- not only in the deployment of a new infrastructure, but also in the launch of new services and applications. We might say that innovation and investment are the engines of the telecom sector, which is itself the substrate for the development of other sectors of the economy, including health, education, safety Government/Administration, etc.

However, the deployment of new telecom infrastructure, such as the Next Generation Network (NGN), requires telecom operators to go to the financial markets and gather the required resources to undertake such an investment.  And it is precisely the need of such resources that makes the financial decision as important as the investment decision.

Indeed, the investment decision on what technology is more accurate to use for the provision of services and where the technology should be deployed is as important as deciding the origin for the fund resources and the interest rate required by each investor (debtholder/equityholder).

Traditionally, the telecom sector has been considered a bull market in constant growth due to increasing usage of the networks. In this situation it has been necessary for operators to continue investing in order to maintain the quality of the infrastructure.  However, the increasing competition,  reduction in the Average Return per User (ARPU), the economic downturn, and the fixed to mobile substitution effect, are all compromising the expected return of those investments and making it more difficult to raise funds from the financial markets.

These changes are affecting market perception on the sector’s profitability -- which could provoke the exit of capital towards other alternative sectors (for example, the renewable energy sector).  This move could alter the multiplicative effect that telecoms might have on the economy as a whole.

Both the financial and operating risks will be key variables in the business plans of telecom operators, either fixed or mobile. However, this investment decision -- today more than ever -- must align with a financial decision that takes into account the composition of the capital structure and the way the network infrastructure and services launch will be financed (equity vs debt).

The major mistake that National Regulatory Authorities (NRAs) around the world have made in the definition and implementation of their regulatory policy is regarding the consideration of risk. Usually NRAs decide to regulate at wholesale level rather than retail. In the specification of the regulatory policy applied to wholesale services the financial and the operational risk should be embedded in the cost structure of the regulated operator. This debate on how the risk should be captured within the price regulation has not taken place yet, but it will soon be a major issue considering that Governments around the world are promising so-called universality of telecommunication services at feasible prices regardless of the ubiquity of the final users.

Therefore, it is time for NRAs to move towards a strategic regulatory policy which takes into account the effect of the financial and operational risks on the defined and implemented regulations. If these key variables are not considered, then the business plan of the telecom operators will be compromised, subsequently affecting the economy as a whole and furthering the digital divide of society.

The traditional approach of the Weighted Average Cost of Capital (WACC), which is used to estimate the capital expenditure of the aforementioned investment, will be one of the main drivers for the price setting of the regulated wholesale prices. In particular, aside from value of parameter beta, the risk premium required by equityholders and debtholders will also be affected by changes in the capital structure and by the effects mistaken regulation might alter the bottom line of the profit and loss accounts, not to mention the ultimate effect on the business plan.

In this regard, the difficulties to maintain the rhythm of the investment in infrastructure and innovation in services and applications should be analyzed in depth, not only for the construction of business plans but  for the design and implementation of regulatory policies.

Coordination between the telecom operators, both fixed and mobile, the Governments, and the NRAs will be necessary to spread the usage and adoption of telecommunication services across the social strata. The understanding on how the financial markets work and how they might influence the investment decision is a must for NRAs and Government in the design, implementation, and supervision of the regulatory policy.

The success in the implementation of the digital agendas depends much on this understanding. Only by doing so will Governments evolve towards a digital economy and find their way out from the economic downturn, with increased competitiveness and productivity.

Tweets by @forbes_india
Jaggi Vasudev: Spirituality and Secularism
A Look Back: Why Infosys Needs K.V. Kamath