No country lives with so many religions as India does. The conflict in the world today is between one man’s belief and another’s. It is not good versus evil as it is often projected to be 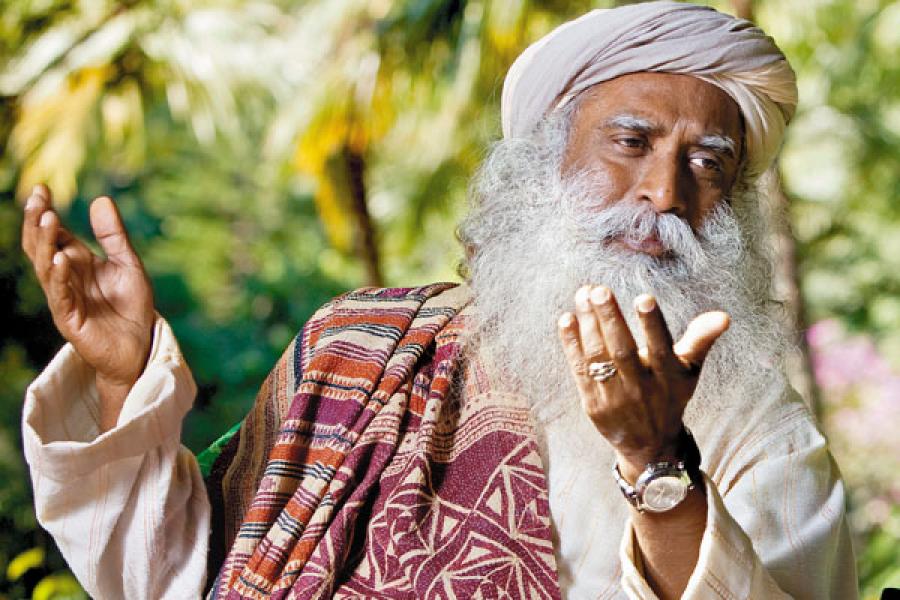 Sadhguru Jaggi Vasudev
A yogi and a mystic, Sadhguru Jaggi Vasudev founded the Isha Foundation, which runs yoga centres around the world. The sadhguru speaks at some of the world’s most prominent international leadership forums. He was a delegate to the UN Millennium Peace Summit and the World Peace Congress, and is a regular at the World Economic Forum at Davos.

We live in the only religion-less culture in the world. And this is not an accident; it has been consciously designed this way. God was never the highest goal in this country. Nor was heaven. The supreme goal was always liberation — mukti. And the spiritual practitioner was always a seeker, never a believer.

Over a period of time, the spiritual process has grown concretised, and this sometimes looks like religion. So the nexus between religion and power is actually a recent phenomenon in this culture. The two have never been associated with each other, simply because spirituality here could never be organised.

The great sages of this land consciously set up the spiritual process in such a manner to ensure that religion never became a power-centre. Even the priest was never given the power to convene an assembly of people; he was always summoned by lay people on those occasions when they needed him.

Once it happened. Gautama Buddha was sitting in a large congregation of disciples. It was early morning and the sun was yet to rise. A Rama bhakta stood in the shadows. He was a great devotee. He wasn’t just a temple-goer; he had actually built many temples. But age was passing and a little doubt had come. Just suppose there was no God, his whole life would have been wasted. So he asked a single question: ‘Does God exist?’ Gautama looked at the man and uttered an emphatic ‘No’. His disciples gave a big sigh of relief. For the first time, they had heard their master give a clear answer to the question. Joy spread. There were celebrations everywhere.

That evening another man came. He was a charvaka, an out-and-out materialist. As there are missionaries of God who go about spreading the word of God, this country has had missionaries of no-God as well. This man was an expert, a professional. He had defeated many scholars in debate. But he was growing older and just a little doubt had crept in. He asked the same question: ‘Does God exist?’ Gautama looked at the man and replied, ‘Yes’. His disciples were in turmoil. In the morning the master had said no, and now he had said yes! What was the game about?

In this culture, we have always known that whatever you believe, it has nothing to do with reality. You believe there is God; it is just your nonsense. You believe there is no God; it is still your nonsense. Either way you believe something that you do not know. If you see that you do not know, the longing to know will burn within you. When the longing comes, seeking will happen. And when that seeking happens, knowing will happen eventually, because what you’re seeking is not sitting on top of the Himalayas, it is right here within you.

Spiritual practitioners in this country have had a role to play in determining people’s consciousness, and sometimes they have played this role responsibly and at other times, irresponsibly. So there have been pluses and minuses. But the alliance of religion and political power has never been an issue in Indian life. Only now we have reached a stage when various sects in this culture have started competing with each other — whether for expansion or for survival — and the result is a constant jostling for power. 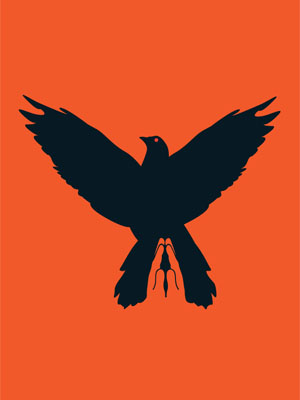 It is indeed unfortunate that the religions of the world — which should have been a source of peace — are responsible for the maximum amount of conflict on the planet. Every culture, every group has their own concept of God and this has been a basic point of conflict. All the ‘God-people’ are constantly quarrelling. In India, we have about three hundred thousand gods! With our fertile imaginations, we have made up concept upon concept of God. It is a very rich culture — which also means it is rich enough to confuse the hell out of you! But that’s good because confused people are always better than those who have drawn wrong conclusions. Those with conclusions are in constant conflict; confused people usually hesitate to fight!

There is an important difference between belief and faith. Belief means you have made up a thought — or picked it up somewhere — and invested in it. That might serve you well in a social situation. But as a seeker of truth, it doesn’t work. Being a seeker actually means you do not know. But you still generate the faith that you could know. And this faith could make your mind, body and energy one-pointed enough to penetrate your ignorance.

But the formation of religion is based on belief. This can give rise to both theistic religions and atheistic religions. There isn’t much difference between the two. They are ideologies, in which the adherents believe they are in possession of the truth. Those who believe they possess the truth are unwilling to see that what works for you need not be the way for everyone. They are unwilling to see that when you say you ‘believe’ you are clearly admitting you do not ‘know’. Belief masquerading as knowing is the problem. People don’t understand that if you have to quote other authorities about life or truth, it’s a sure sign that you yourself know nothing about it!

Once you have a belief, there is invariably a confrontation with someone who holds another belief. So the tussle goes on, and it is a basic survival instinct that makes people align with one side or the other, depending on which is able to command more power — whether political, military, or sheer goon power on the streets.

The conflict in the world today is not between good and evil, as people often project it to be. The conflict in the world is always between one man’s belief and another man’s belief. What we forget is that belief is cultural. What you believe or disbelieve has nothing to do with reality. It has simply got to do with how much influence somebody has had upon you. If only people were identified with their humanity, rather than with their religions and communities, it would be possible to sit down and settle these issues. But sadly that isn’t the case.

The only solution is to address the question of human well being scientifically; to present the inner mechanics of human nature not as a philosophy or belief system, but as a technology.

Right now, people are just trying to bullshit themselves into inner well being. Anyone can hijack the peace within you at any moment; anyone can make you angry, hateful or violent. This is a terrible form of slavery. Happiness has always been an internal phenomenon. But right now, though the source is within you, the switch is in somebody else’s hands — in the hands of the stock market, your wife, your children, your neighbour. You’ve given it to everyone but yourself. What you call the Creator or God or the source of creation is right within you. So if you really want to know reality, you must just turn your attention inward. There is a simple way to begin to experience how this source of creation is functioning from within you.

If this experience comes into your grasp, everything about you will be transformed. A belief system, a creed, an ideology or a dogma, will be entirely redundant.

(This story appears in the 03 June, 2011 issue of Forbes India. To visit our Archives, click here.)

Get the latest stories, videos, and podcasts from Forbes India directly in your inbox every Saturday
Thank you for your comment, we value your opinion and the time you took to write to us!
Comments 12

Tweets by @forbesindia
A Look Back: How Ranjan Sharma Brings Information To Farmers
Financial Decision Vs. Investment Decision In The Telecom Sector, What Is First?