How did Jesuit accomplished tremendous expansion and endurance? 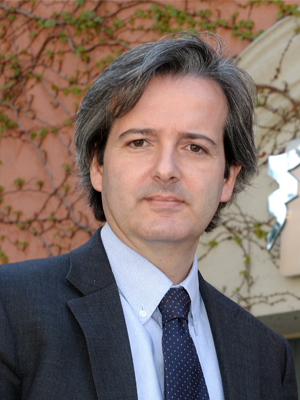 Think of an organization that, in just a few decades, grew from seven to about 13,000 members, across four continents with 495 branches to serve and manage an indefinitely growing number of clients. These are remarkable achievements by any standard and thus you may associate this enterprise with global and dynamic firms such as Microsoft, Google, or Facebook. It could even be the nth market bubble!

Imagine mastering this expansion without phone, email, electricity, or the plethora of instruments that nowadays are essential not only to manage relationships between headquarters and subsidiaries but also in our personal lives. Now keep this organization going almost uninterrupted for more than 450 years. Remarkable doesn’t even begin to describe it. It would have something of a magical, if not divine quality.

The organization I’ve asked you to imagine is the Jesuit Order, a Catholic Order founded in Italy in 1540 and still ‘in operation’.  How did they accomplish this tremendous expansion and endurance?

Let’s begin with the problems that the Jesuits had to face with their missions in the most disparate areas of the world – much like the film The Mission starring Robert De Niro and Jeremy Irons. Think of being sent to the Latin America without a map covering the full territory, and having to draw it while under attack from unknown species of animals, having to find a way to communicate with the natives (assuming they too have not already tried to kill you.) Ah, yes, and of course there are no airplanes to deliver you and your stuff there. You had to cross the Ocean first, relying only on compasses and the stars. The Jesuits had to face a high degree of complexity that is, they had to cope with the incompleteness of information and this generated risk and uncertainty. Yet, this complexity was also institutional, as in their missions, the Jesuits had to deal with a multiplicity of stakeholders (the Roman Church in Rome, local powers, internal fights and so forth). This was a kind of complexity that they could not think to tame even for a single minute. Unlike contemporary hedging strategies that give traders the illusion of having eliminated risk, the Jesuits choose a wiser strategy: they simply accepted that risky, uncertainty and in a single word, complexity, was a unavaiodable feature of their lives. Yes! The sixteenth and seventeenth centuries were interesting times! As much as the times we are living today, the Jesuits did not know what would happen to them the day after as much as today we do not know whether the Euro will still be up and running in a month’s time!

Thus there is certainly value in understanding the Jesuit histories and, above all, I hope this brief recount has convinced you that there is a lot to be learnt from history. Not because things may have happened already in the past, but because by looking at the past we can gain some insights into how to deal with our daily problems today.

In keeping with the parallelism between what the Jesuits faced in their missions and what we face today with the financial crisis, there is, in fact, a key difference from which we could learn: the Jesuits did not assume that they could dominate this complexity, uncertainty, and risk and were thus prepared to embrace it on a daily basis, while most of contemporary finance practices utilize very complex financial algorithms to give you the illusion that complexity, uncertainty, and risk can be dominated. And, once you are relaxed on your armchair thinking that everything is under control, fate strikes and not only do you not know what to do, but you are neither equipped to deal with this unknown nor the material impossibility of forecasting the future. In the end, we are not God; we do not have crystal balls to help us see the way oracles were consulted in the antiquity.

These days, so powerful is the belief in the rationality of economic agents that it is like a religion itself. We confront the problem of reinventing how we run our organizations, our financial markets, and our societies through a  belief in the power of ‘the market’, ‘maximization of shareholders’ value’, and the financial and accounting models – to such an extent that a ‘true and fair’ view of financial realities has been swiped forever.

So what did the Jesuits do to embrace (rather than eliminate) complexity, uncertainty and risk?

The Jesuits planted humanist rhetorical practices into accounting and management, such as those developed to inform religious liturgy, regulate the theological debate, and construct individual and collective memory. Consider the etymology of two key business terms: ‘hierarchy’, which has a religious origin (from hieros, sacred or priest, and archè, rule); and ‘inventory’, which originally had nothing to do with goods in the warehouse but was instead the first canon of rhetoric, the inventio, which helped orators and priest to organize and remember speeches and sermons. The list of such terms is endless and has led me to some doubt on the economic nature of modern concepts like “rationality” (ah! By the way, rationality comes from ratio, that in Latin meant ‘account’ and not ‘reason’: ‘The book of reason’, in early modern Italian ‘Il libro della ragione’, was the ledger, not a treaty of analytical logic and mathematical formulae.)

But how this translation of humanist rhetoric helped the Jesuit in addressing issues of complexity, uncertainty and risk? And how did it lead to develop wise governance and illuminated leadership?

Let’s proceed step by step. First of all, one of the most important Jesuit accountants, Lodovico Flori, who ‘invented’ some key accounting concepts as early as 1634 such as the accruals, said that accounting was not concerned with the truth of its representations (that would have been a matter for theologians!). For him, accounting was a ‘scientia prattica’, that is, a pragmatic science that must provide Jesuit College rectors with instruments to solve problems, regardless of whether accounting numbers were true or not. Do not get me wrong here, this does not mean that practitioners know all already. This is not what Flori meant. Pragmatism is indeed a serious collection of methods and techniques that should  be studied and are carefully systematized (rhetroric, for instance, is much more than a series of techniques to ‘convince’ an audience. It is also a systematic corpus of pragmatic means to discover and organize knowledge). So I am not undermining, as some would like to, the utility of studying and theory, I am just saying that we need a different kind of study and a different kind of theory.  You may think Flori was crazy. He wasn’t.  Think of budgeting, the process is not useful in forecasting the future (as I said, no one can, really) but it is useful in assessing what happens if the hypothesis you make in preparing budgets’ numbers is wrong.  Many times (though not always) the effects of a miscalculated budget are devastating. The Jesuits utilized accounting to foster imagination about the unknowable, to imagine the greatest range of possibilities, and employed humanist techniques to foster this ability.

You may have heard that, after 9/11, the CIA asked script players to imagine the impossible, because, with its accurate models, the CIA was not able to imagine what could happen, given that they had already failed to imagine that some airplanes could be used as weapons. Imagination – rather than science – is more effective when the relationship between knowledge and management action is ambiguous and fuzzy. The Jesuits understood this well as they knew nothing about their unknown missions and therefore devised systems to imagine what they had to cope with, and, once there, had to prepare an inventory of the issues to deal with, and recombine these issues in ways to find new solutions to the problems they had. An example of this kind is the correspondence between the missions and Rome: letter writing was a means to organize thought about the missions, list problems, analyze them and prompt a process of discover of possible solutions. This indeed, is also another feature of rhetoric and the art of memory, where the ability of the orator is not in recalling the speech word by word but being able to improvise when they were asked questions they could not imagine when prepared the speech. Again imagination and improvisation are key to deal with the unknown and the Jesuits knew it.

Secondly, the Jesuits knew that they could not run their colleges by privileging one predefined set of interests – even the interest of the Roman Catholic Church –  at the expenses of others, because they would have created resistance and discontent amongst the unrepresented. Therefore, they devised systems and practices that allowed a continuous mediation amongst the various parties involved in the decision. In accounting terms, for instance, the padlock for the college cash box required two keys, one kept by the Procurator, who was in charge of economic affairs, and one by the Rector, who was responsible for the college and its overall missionary, pedagogical, and economic activities. Every cash movement could happen only after a mediation and conversation with the Procurator and Rector representing the various parties (e.g. pragmatic needs related to running the college, political matters related to the Jesuits’ influence on the local community, pedagogical and religious concerns.).

Nowadays, when we look at an accounting entry in a journal or ledger, we see an economic matter rather than an economic manifestation of a much broader organizational, social, and political complexity. The Jesuit Order was full of these escamotages replicated at each organizational level that required a figurehead who did not impose a view of what was ‘right,’, but let this idea of ‘right’ emerge from a continuous discussion and mediation that was channelled towards the pragmatic solution of daily problems.

Consider the maximization of shareholders’ value as a contemporary example of how to rule organizations… the Jesuits would have never approved such a reductionsit principle!

In the current milieu, where a financial understanding of the world has undermined the stability of organizations and of entire economies and societies, there is a desperate need for innovating the ways in which these systems are governed and led. We increasingly hear the clamor for rethinking the way business models inspire management practices. Going back to the humanism of the Jesuit Order may be just the way to a more human business.

Tweets by @forbesindia
The Best Colleges in the US
How to succeed when the market shrinks: Find your niche