How to succeed when the market shrinks: Find your niche

When the odds of expanding in its home market proved slim, the Berlin B—rse (Berlin Stock Exchange) used new EU laws and ventured out into the world. Today, its a mecca for small European investors and companies looking for an easier European listing. But can growth continue as trading volumes across the continent contract?

The Berlin Börse was long known as a sleepy little haven for regional investors. Then came the EU’s 2007 “Markets in Financial Instruments Directive” (MiFID).

By harmonising investment regulations across Europe and allowing home countries to issue “passports” to domestic firms looking to expand financial services offerings within the EU, the directive opened new expansion possibilities for smaller markets. The Berlin Börse saw in this legislation an opportunity it couldn’t refuse: to grow and make money by reaching out to investors and brokers throughout Europe. 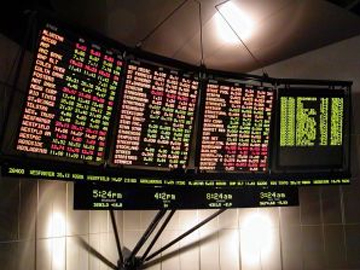 Boldly moving out of its comfort zone, the 327-year-old exchange bought a controlling stake in the London-based Equiduct trading platform and entered a strategic relationship with the investment banks Citadel Securities and Knight Capital Group, to become a market to be reckoned with. Its niche strategy of offering the widest possible range of foreign stocks bolstered with the introduction of Equiduct’s state-of-the-art technology aimed at attracting high frequency traders.

Because of that (move) we gained much more credibility,” joint CEO Arthur Fischer told INSEAD Knowledge in an interview in his Berlin offices. “When I now go to clients, I don’t have to convince them anymore that I have liquidity providers in the platform which can provide retail people such a good service, since they’re part of the whole initiative.”

The Equiduct trading platform, which takes place on the Berlin Second Regulated Market, is key to the Berlin Börse’s growth strategy. In the first six months of 2012 the number of trades through Equiduct increased to 3.7 million from 3.6 million in the previous six months. The speed and efficiency of the Equiduct model, specially designed for high-frequency trading of equities in the fragmented European market, is attracting institutions and bringing new players onto the market, says Fischer.

An expensive glitch
But it hasn’t been smooth sailing. High hopes for the future of high frequency traders - who take advantage of small differences in prices and employ high-speed computers that are capable of executing hundreds if not thousands of trades a second - faltered in early August when faulty software at Knight Capital in the U.S. triggered a flurry of buy orders that cost the brokerage USD$440 million, nearly bankrupting Knight. A group of independent investors including Jefferies Group, Blackstone, TD Ameritrade and GETCO helped stem the losses with an injection of USD$400 million into Knight in exchange for a 73 percent stake.

While the Berlin Börse was not directly affected - as Knight was an Equiduct investor, market maker and liquidity provider for the exchange - market confidence in Europe dropped.

On its own home turf, the Berlin Börse and its trading platforms have also come under pressure from the larger Frankfurt Deutsche Bourse and others who control the EU's two largest clearing platforms for cross-border trades...a domination that EU regulators plan on taking to court.

International Trades
In the Berlin region, Berlin Börse customers can trade on the Xontro market - a pool of seven regional German exchanges which lists a wide variety of stocks, bonds, warrants, Exchange Traded Funds and Exchange Traded Commodities from around the world - a small niche market largely ignored by the major exchanges.

The Xontro market also offers an opening for smaller companies which may have difficulty listing on other markets. Today, nearly all NASDAQ securities are traded in Berlin, along with numerous issues from Eastern Europe, China, South Africa and most recently Mongolia’s Monvest Group which runs the country’s national lottery. In all, the Berlin Börse offers local and foreign investors in the EU some 15,000 shares from companies in 82 countries. BNP Paribas, Bally Technologies, and Fuji Electronics are the sorts of companies listing in Berlin.

“We have a higher turnover with French clients in French instruments than Deutsche Börse (the Frankfurt Exchange)" says Fischer. “And the same is true for Italian stocks and for Benelux stocks and for British stocks.”

Overall trading volume for both Xontro and Equiduct is now roughly 200 million shares a day, compared with 1.72 billion on the NASDAQ. Fischer sees growth potential here, despite a general decline in global stock volume this year to near-2008 levels.

“We have in the (Xontro and Equiduct) market a lower volume, but we try to unlock different countries…Italy is for us the next big market,” he says. But expanding into the untapped, smaller markets in Europe is not as certain as it was five years ago and Fischer acknowledges that small investors are becoming more risk averse in response to skepticism about equity markets, the continuing financial crisis, Eurozone debt burdens, corruption and computer trading problems as experienced by Knight last August. “In 2008 we had the financial crisis and in the financial crisis a lot of investors suddenly realised that they didn’t just deal with market risk, they also dealt with counter-part risk,” he says.

Winning back trust
In an effort to win back investor trust, Fischer plays up the Börse’s commitment to the regulatory fine print of MiFID, BaFIN (Federal Financial Supervisory Authority) and its own strict code of conduct.

But it something he says that markets must do on their own. Government moves to regulate financial markets could backfire. German politicians in late June attached several amendments to the Fiscal Compact/ European Monetary System bill before Parliament, one of which called for a 0.1 percent EU transaction tax on stocks, bonds and derivative contracts. The European Commission estimates the new tax could raise up to 57 billion euros a year. Some EU states, such as Great Britain, Luxembourg, the Netherlands and Sweden, are strongly opposed to the measure and Fischer warns any financial tax will have an indirect impact on retail investors.

“It always will be the end-client paying for it,” he told Knowledge. “It’s very difficult to isolate costs so that only the bank pays…the financial transaction tax will end up widening the spreads, and will end up to some extent removing the liquidity from the markets, which will be at a disadvantage to the retail client.”

Eurobonds are no panacea
For all its forward-thinking investment strategies, the Berlin Börse has no plans to offer Eurobonds - the pan-European instrument intended to ease pressure on embattled EU countries paying high yields on sovereign bonds. The German government has so far opposed any move to “mutualise EU debt”- and Fischer agrees, noting the moral hazard involved. “You will only get countries to have discipline in their budget if they’re worried about paying a high refinancing rate if they need to get debt.”

As for future growth, it will come, but not by acquisition. “The time of big mergers - where big is beautiful- I believe that has changed…(exchanges) need to grow organically, they can’t just buy,” he says. Building a solid institutional and retail investment base is the key to remaining competitive.

Tweets by @forbesindia
Illuminated Leadership, Wise Governance, And How The Jesuits Invented Modern Management
The cornerstones of constructive capitalism