The End Of The Crisis Will Follow The WLUV Models

The world’s gross domestic product (GDP) will not be the same in all countries or all regions in the world. The reason for such diverse scenarios lies in the fact that each zone is overcoming the economic crisis in various ways and at a different pace from one another 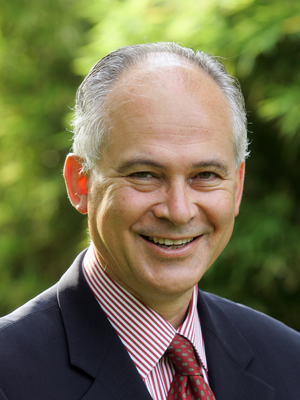 The world’s gross domestic product (GDP) will grow about 3% in 2010 and a little more in 2011. This growth, however, will not be the same in all countries or all regions in the world. The reason for such diverse scenarios lies in the fact that each zone is overcoming the economic crisis in various ways and at a different pace from one another. So, while the economy of the European Union (EU) will grow 1% in the present year 2010 and 1.5% in 2011, the rest of the world will be growing at much faster rates. For example, the various economies of Latin America, which have already left the crisis behind thanks to their exports, will grow 4% this year and a further 4% in 2011. The United States has also overcome recession, as it has been growing economically since the second half of 2009. Prospects for Africa are of a 5% growth in both 2010 and 2011. Asia, especially India, South Korea and China, will still remain, along with the USA, the driving agent behind the world’s growth, with GDP growth rates of 7% in 2010 and 2011.

There exist four different economic scenarios that may be exposed as follows:
1)   The economies of Central and Northern Europe (Nordic Countries, France, Great Britain, Germany, Holland, Belgium, etc.), following a slight recovery, are re-entering a certain economic stagnation, with growths of 1% for the current year. The mean growths of these countries, however, are expected to increase at about 1.5%  (scenario W). Indeed, while most economic data from all over the world point to a quick recovery, those in Europe are actually worse than expected. Figures on both employment and consumption have proven disappointing for the markets even though the intervention interests of the European Central Bank (ECB) have fallen to an all-time low of 1%. It would thus seem that, following a slight initial recovery in the second half of 2009, consumption and private investment in 2010 are seemingly unable to take over public expenditure as the pillar of economy. Worse still, small businesses, which employ half of Europe’s workforce, are finding it extremely difficult to obtain credit.
2)  The economies of Southern Europe (L recovery) are performing worse than those in the North and seemingly face the prospect of a stagnation that will last several years. In fact, two countries in Southern Europe, Italy and Portugal, have had very low or negative annual growths for 10 years. In these very same countries, moreover, bank loaning remains rather conservative for many companies and families. As a result of this, many countries are still experiencing negative economic growths – although these are expected to disappear soon, followed by positive growths, which will nonetheless remain very low in terms of generating employment. The monetary policy of the ECB will become ineffective (as happened in Japan over the last 20 years) and the tax policy, a less expansive one than in 2009, will manage to gradually reduce tax deficits. What will continue to grow, however, is the public debt / GDP ratio. The reason for this is that, while the debt will grow less, it will do so more than the GDP. The lack of economic reforms, the need of external financing, the high level of unemployment, the irresponsible behaviour of the unions, and the lack of competitiveness of the exports will considerably exacerbate the situation, which could lead to public unrest (general strikes and other protest movements), as has unfortunately been the case with Greece this year. Credit will still fail to flow due to the deterioration of expectations and many financial entities will be subject to intervention from the public sector. The economies of Southern Europe will enter a long process for the economic model to be redefined. Consumers will remain cautious in their spending decisions because of the experience of having undergone serious hardships involving a loss in their estate, leading to a poverty effect (that is, the reduction of family wealth) that may continue for a year or more. The high level of unemployment will also result in less consumption and more cautious saving. We shall enter a stop-and-go period with increasingly less maneuvering space for economic policies.
3) The economy of the USA (U recovery), after a long two-year recession, the American economy has been growing for three quarters in a row. Moreover, the latest indicators of the present situation seem to forecast continuing growth throughout the year: there has been an increase in consumption; new homes are being sold at a rhythm of more than 20% a year, which means that the stock of unsold new homes in the USA is dwindling; the prices of homes have become stable after three years of drastic slumps; car sales are also growing; there has also been a reduction in unemployment and an increase in employment. In other words, the economy of the United States will grow at a rate of 3% both this year and in 2011. Both consumption and private investment are now gradually taking over from public expenditure (which has now begun to decrease). The increased activity will boost tax income and this, in turn, will reduce tax deficits while maintaining or even reducing the public debt / GDP ratio. Also, the reorganised financial sector will be conducive to a more prudent credit flow and the measures adopted to strengthen regulation and supervision will be more reasonable. The fixed income will suffer as a result of the increased rates. Due to the weakness of the euro, the dollar will not lose its status as the leading reserve currency.

4) The economies of Africa, Asia, and Latin America have been characterised by a solid and sustainable improvement in their economic variables for several quarters. Following a year’s crisis, the situation appears to mark a return to normality and the economic growth of such major emerging economies as China, Korea, Thailand, India, Indonesia, Turkey, Brazil, and Egypt is rocketing (V recovery). Interest rates are increasing in these emerging countries and it would seem that excess liquidity may bring about a worrying state of inflation. There will thus be a rise in the rates in both 2010 and 2011, but it does not look as if it will seriously affect economic recovery. China may take on a world leadership role, promoting its imports by means of revaluating the Yuan, which translates into a healthier, more balanced global economy. In this context, the variable income, especially that of the emerging markets, raw materials, and oil will tend towards new highs.
Can this scenario of world economic get better or worse? There can be no doubt that, just as germs and viruses are transmitted between human beings, economic crises and recoveries have likewise been transmitted between countries. In both cases, if a desirable or undesirable infection is to take place, some sort of transmission system will be needed to convey this success or failure. In Europe, the present economic crisis affecting its southern countries (Portugal, Italy, Greece, and Spain) is also infecting their northern counterpart. And the transmission system here is composed of the debt markets, the stock market, and the financial system. Europe may infect the rest of the world with this disease; but then the reverse may also happen: the recovery of the rest of the world may be transmitted to Europe, which would thus be able to recover sooner from the crisis.