Solutions such as a composite global carbon price index could go a long way in realising the climate finance goals framed at the Glasgow Climate Summit. But here are a few hurdles the world needs to climb to make it happen 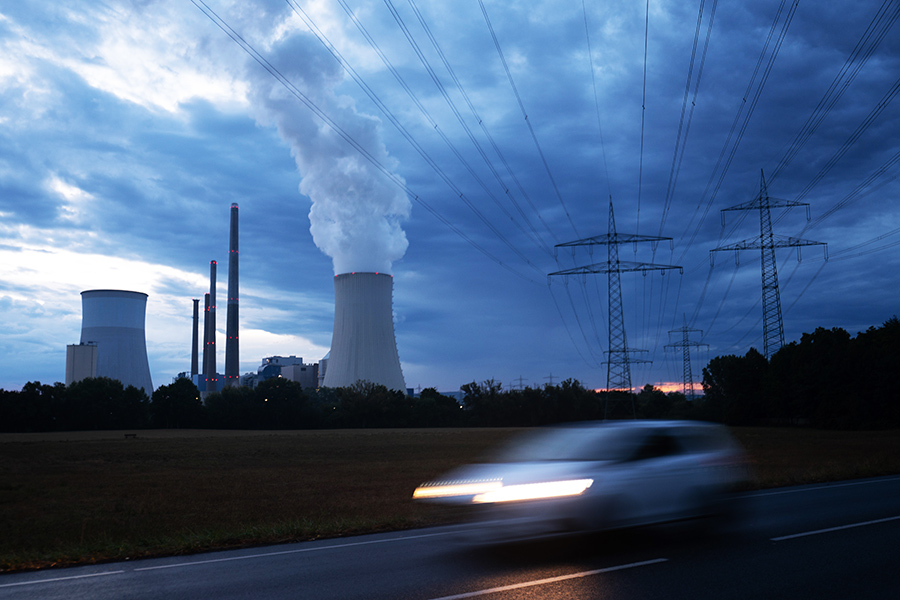 By harmonising and interconnecting different country/regional level carbon prices, and developing a composite carbon price index, one could arrive at a dynamic, global carbon price indicator which is not the same as a unified carbon price. Image: Sebastian Gollnow/picture alliance via Getty Images

A few days before the Glasgow Climate Summit last year, a section of climate economists proposed a global carbon price of $100/tonne as the threshold lever that would push the world to net zero emissions by 2050. The pitch for setting a worldwide price for carbon has not died down since then. Rather, it appears to have gained renewed traction in recent months.

What is not realised in these debates is that a global carbon price cannot be arbitrarily laid down from above. Nor is a unified global carbon price attainable. Apart from the well-stated Common but Differentiated Principle (CBDR), there is an implicit subsidiarity maxim underlying Para 5 of the Paris Agreement on Climate Change, wherein the importance of recognising the special situation of developing countries in climate action is clearly stated. It follows that carbon pricing needs to be initiated at the national level. The marginal abatement costs of carbon emissions vary from country to country. So do carbon prices. By harmonising and interconnecting different country/regional level carbon prices, and developing a composite carbon price index, one could arrive at a dynamic, global carbon price indicator which is not the same as a unified carbon price.

Carbon markets, on the other hand, have the potential to be sound mechanisms of price discovery. However, these markets differ in their scope and pricing mechanisms and are hence not comparable. Plain vanilla carbon markets that incentivise performing companies to sell their surplus allowances to non-complying ones are less complex and hence more effective in reducing carbon emissions.

In carbon offset markets, entities buy offsets (in the shape of credits arising from renewable energy and carbon sequestration projects) from external sources to compensate for their inability to comply with emission reduction targets. These markets are structurally different from allowance-based carbon markets as they trade in offset securities that follow a different logic of pricing.

The European Union Emission Trading System (EU-ETS) which traded in allowances and a variety of offset securities in its initial phases, has since then morphed into a plain vanilla carbon market. This was achieved by removing the Clean Development Mechanism (CDM) and Joint Implementation offset credits from the platform. As a result, the modal price of European Union Allowances (EUAs), which hovered around €10 before 2012, reached a high of €98 in August 2022.

The European Union’s proposed Carbon Border Adjustment Mechanism (CBAM), which seeks to impose a carbon ‘duty’ on imports with carbon content, is benchmarked to the EU-ETS allowance prices. Thereby, internationalising the EU-ETS as a carbon price discovery mechanism for internationally traded goods.

The real problem with the CDM credits of the Kyoto Protocol era was that the buyers and sellers of these credits had conducted their transactions without ex-ante forward contracts. As a result, these securities were underpriced and recklessly double counted. Article 6(2) of the Paris Agreement (PA) seeks to correct some of these limitations through its Internationally Traded Mitigation Obligation (ITMO) scheme. The Glasgow Rule Book adopted at the COP-26 Climate Summit prescribes robust accounting rules to prevent double counting of ITMO credits arising from inter-country projects.

Today one can visualise two global pricing systems for carbon—one associated with the CBAM and the other linked to ITMOs. Since the two schemes are premised on different securities (allowances and offsets, respectively), they are bound to yield different carbon prices.

The third system of carbon pricing would emanate from national and regional initiatives. As with the EU and the US, developing countries also have the option of instituting ‘allowance-based’ or ‘non-allowance’ based offset markets within their borders, depending upon their policy objectives and NDC priorities.

However, offset markets may not be a serious option for countries like India. In the first place, India does not require carbon markets to incentivise investments in its renewable energy sector, given the rapid strides the country has made in the generation and storage of low-cost renewable energy. Indeed India’s target of reducing its total projected carbon emissions by one billion tonnes by 2030 largely rests on its ambitious renewable energy generation programme. Similarly, India’s impressive strides in afforestation have been driven by public investments. Thus there is no overriding compulsion for India to go for offset markets at this stage unless carbon offset markets across the world are inter-connected.

The quest for interconnecting carbon markets calls for considerable preparatory work via uniform global norms on the banking of credits, standardisation of forward contracts and harmonisation of quality parameters underlying offset securities.

Building on the ICPF, it is possible to formulate a composite global carbon price index that seeks to normalise the prices of different carbon-related securities. Such an index could turn into a dynamic price indicator for investors and decision-makers interested in evaluating low-carbon projects. More fundamentally, a composite global carbon price index could go a long way in realising the climate finance goals framed at the Glasgow Climate Summit.