Venture debt disbursed in India nearly doubled from $271 million in 2019 to $538 million in 2021. Experts say the drying up of the equity markets is a key factor for the increased demand. And the momentum isn't expected to slow down 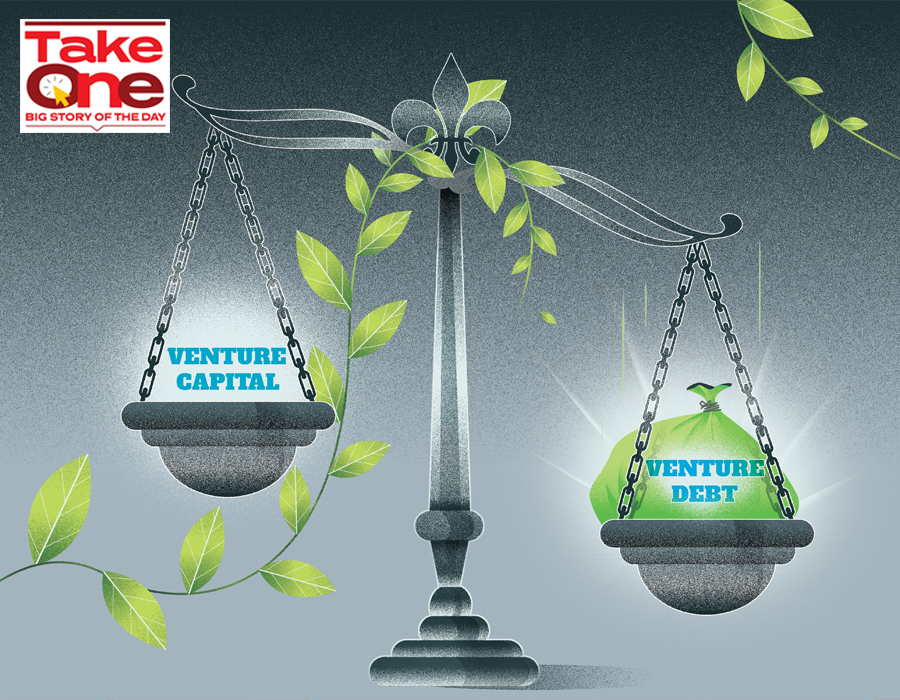 As the macroeconomic environment sours and venture capital (VC) investors slow their pace of writing cheques, startups have turned to venture lenders who provide debt financing. “Earlier we used to strike one out of 10 deals. Now, we are assessing 20 companies before closing a deal,” says Apoorva Sharma of Stride Ventures, one of the six key venture debt providers in the Indian market. Last year, the New Delhi-headquartered company deployed Rs1,100 crore (approximately $134 million) over 60 transactions. This year, the figure is already Rs1,300 crore ($159 million) till September.

In fact, the amount of debt disbursed through venture debt in India doubled in 2021 to $538 million, up from $271 million in 2019, according to Stride Ventures’ India Venture Debt Report 2022. One-hundred-and-eleven companies raised venture debt, including Mensa Brands, Urban Company, and Licious, with ticket sizes ranging from $2 million to $25 million.

According to Venture Intelligence, a data provider, the first six months of 2022 have already seen startups attract $289 million in venture debt funding. But that’s “quite low”, according to Ashish Sharma, managing partner of Innoven Capital, as several deals go unreported. He believes that this year, the total amount of venture debt funding flowing to Indian startups, especially growth and late-stage ones, can cross $1 billion.

“Deal flow is hectic,” he says. The drying up of the equity markets is a key factor for the increased demand. Startups aren’t able to attract the same kind of funding as they could previously, and if they are, they aren’t hitting the desired valuations. This is especially true of growth and late-stage startups. Take the case of MobiKwik. The digital payments provider raised Rs35 crore in venture debt from BlackSoil in August, amid a delay in its initial public offering (IPO). This came more than 12 months after filing its Draft Red Herring Prospectus with the Securities and Exchange Board of India (Sebi).

Cratering public market valuations, not-so-conducive IPO markets and investor pullback have meant that startups are resorting to debt financing so as to avoid diluting their equity and yet meet their business objectives, say Innoven’s Sharma. 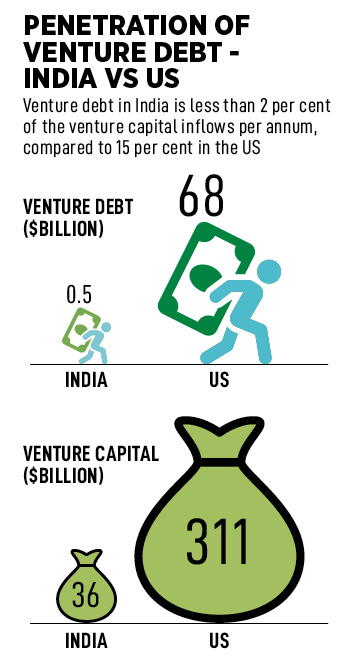 “Venture debt is helping to provide that runway to cash-strapped startups till market conditions improve,” says Sanjay Mehta, founder of 100X.VC, a backer of early-stage startups. They can then raise funding on a stronger footing, at better valuations.

Although the venture debt market is presently bubbling, it has, in fact, been on the upswing over the last three to four years. This is because of more structural reasons.

One, the ecosystem is more mature and founders more aware. “Education among founders has increased many fold,” says Ankur Bansal of BlackSoil. They now better understand the nuances of debt and how it can help them achieve their business objectives and strategy, he says. Use cases for venture debt include not just increasing a startup’s runway given the uncertain funding environment but also help it to meet working capital requirements, supply chain needs or fund mergers and acquisitions. “Often, when equity funding dries up, bigger players use it as a strategic opportunity to snap up smaller players. Venture debt is a great option for that rather than take equity and dilute your holding,” says Stride’s Sharma. Last year, for example, was a big year for Thrasio-style companies like Mensa, Global Bees and Upscalio. “Acquisition was a key element of their business models and taking on debt made sense,” she says. Similarly, D2C beauty brand MyGlamm raised Rs155 crore in venture debt from Trifecta Capital and Stride Ventures to fund a slew of acquisitions in the content and social media space. 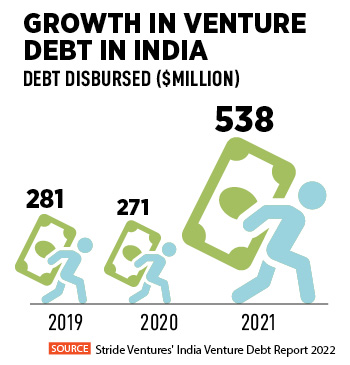 Third, the supply of venture debt has increased with more money flowing to firms. India's venture debt funds raised $85 million in FY21, up from $62 million in FY20, according to Venture Intelligence. Stride, for instance, announced the final close of its second flagship fund at $200 million (Rs1,600 crore) in August, exceeding its target corpus. At the time, the financier noted that it had seen participation from leading banks, marquee family offices, corporate treasuries, sovereign funds, private equity funds, insurance firms and HNIs, without specifically naming any LPs (limited partners). Ticket sizes are set to go up from $2 million to $3 million in the first fund to $4 to $5 million (Rs30 crore to Rs40 crore) with this fund.

Also read: 3 Ps of profitability: How to bring Indian startup unicorns into the black

“Over the last three years, we’ve seen a lot of interest from domestic investors. Earlier, it used to be very niche. Now we’re seeing family offices and even founders with liquidity pump money into venture debt,” says Innoven’s Sharma.

Despite the heightened demand, venture debt financiers are being cautiously optimistic. “It’s not when a startup fails to raise venture equity it can raise venture debt,” says Bansal. “The scrutiny is tight, as is the focus on unit economics.”

Stride’s Sharma also notes that scrutiny and due diligence levels have, in fact, increased. “Our conversion ratios are smaller now. We’re taking more time to finalise which companies we want to back,” she says, adding that basic filters include a minimum of $4 million in equity funding raised by the startup, at least Rs2 crore in monthly revenues and positive unit economics.

Despite its growth, venture debt remains a small slice of the overall market. "India’s venture debt market is highly under-penetrated. It is less than 2 percent of the venture capital inflows per annum, compared to 15 percent in the US,” says Stride’s Sharma. That means that the opportunity to grow is massive and the momentum isn’t expected to slow down. Says Innoven’s Sharma, “There’s no turning back from here. We are in for a ride.”