How to protect against disruptions in global value chains

Indian industry needs to change its role in the current global value chains. Strong domestic sources, independence from the existing model, and policy support from the government can help industries become better players in GVCs 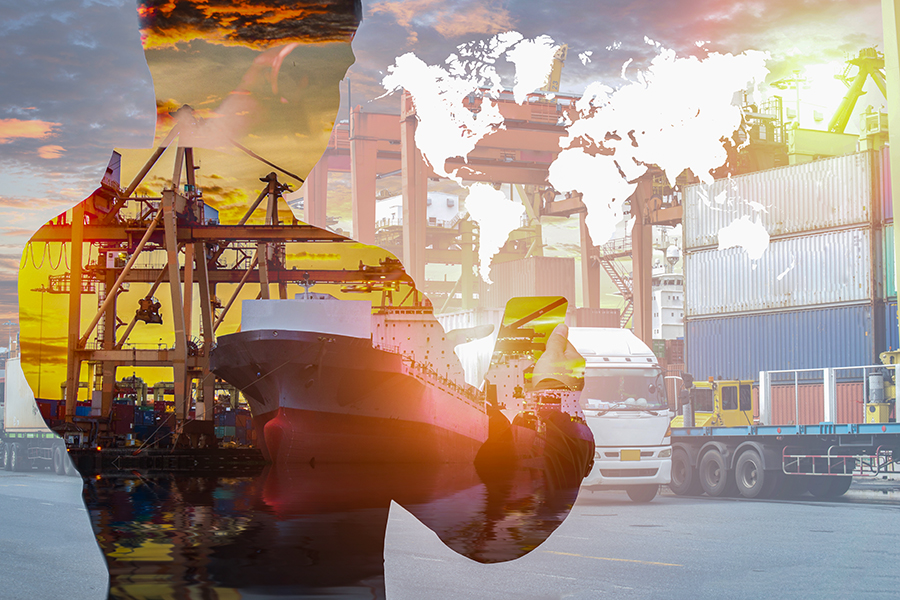 Until a few years ago, global value chains (GVCs) were assumed to be an inevitable part of large-scale businesses with an international footprint. Protectionist tendencies driven by domestic employment concerns and the Covid-19 pandemic have raised fundamental questions about the future trajectory of GVCs. How should Indian companies look at GVCs while planning for the future?

“We wouldn’t look at a company or a business where you source in one corner of the world and sell in another corner of the world”, quipped Kumar Mangalam Birla, Chairperson of the $46 billion worth Aditya Birla Group—that has businesses across 36 countries—at the recently concluded Qatar Economic Forum. This statement has made headlines since in the last 20 years, Aditya Birla Group has made over 40 acquisitions in India and globally. These include Novelis (a global metals major), Columbian Chemicals (US-based carbon black company), Domsjö Fabriker (a leading Swedish speciality pulp manufacturer), and CTP GmbH (a German company specializing in polymer technology).

A day after the reports on Birla’s address, Amitabh Kant—CEO of Niti Aayog—penned an op-ed exhorting Indian industry to plug into GVCs. “The opportunity of India integrating itself into global value chains cannot be allowed to pass. Strong and coordinated policy action, across all levels of governments, is needed to realise this opportunity,” he wrote. His central thesis is that India should import intermediates, raw materials, and components to export final products like other Asian countries such as Japan, South Korea, and China that powered their economic transformation with this method.

The views of Birla and Kant bring out the tension in managing GVCs. On one hand, the GVCs provide a cheap and until now reliable source of raw material and components for an end-product company, while on the other hand, dislocations in them have the power to choke the buyer’s business.

Is this an important problem for Indian companies to address?

GVCs are right at the centre of today’s world. A recent report mentioned that Bharat Biotech’s Covaxin uses about 360 ingredients from 10 countries. Even if one of these ten suppliers stops raw material export, it will affect the vaccine manufacturing process. It is unlikely that any end-product company can be entirely independent even in the current global context.

Then how should Indian end-product companies manage this tension in GVCs?

Business management graduates are familiar with the work of Michael Porter who has dissected the bargaining power of suppliers into different components such as supplier concentration, buyer concentration, switching costs of suppliers and the possibility of forward integration by the supplier. This perspective continues to provide useful insights into how Indian end-product companies can manage the tension in GVCs.

Indian companies need to focus on two dimensions to manage this tension, and there is scope for the government to help them with the third dimension. First, to increase their bargaining power, end-product manufacturers need to nurture their competence in critical technologies even when they source from GVCs. Second, the risk of linking with foreign suppliers without alternative substitutes is mitigated by domestic R&D to develop alternate component technologies and raw materials. Government policies, especially those on controlled market access to foreign firms and technology transfer, can provide a cushion for domestic companies to hone their competencies to increase their bargaining power. Let us look at how these work in practice.

Apple is a good example of a company that sources from GVCs but also has competence in critical technologies. Apple assessed that Intel was not innovating fast enough in recent years and announced that their Mac computer range will move away from Intel’s processors to their own M1 processor. While prima facie this may seem a bold move, let us not forget that Apple is using its own processors for iPhones and iPads. It means that they have the in-house competence to develop a processor for their computer range as well.

Indian companies have been quietly working with their domestic suppliers to reduce dependence on GVCs. About seven years ago, Godrej Appliances was importing finished washing machines from China. Today, it produces its entire range of washing machines in-house. Lloyd, the Indian air conditioner brand ,now owned by Havells, was globally sourcing almost all components from Chinese suppliers until a few years ago. Now, it sources about 60 percent of components from domestic suppliers, which they plan to increase to 75 percent to 80 percent. Signify Innovations has drastically cut its dependence on China for LED lights over the past few years. The UJALA scheme of the Government of India to provide free LEDs meant the manufacturers had to keep prices down. This was one motivation to develop local component suppliers.

While GVCs have worked well in the past, there is the pitfall of being overly dependent on a few global suppliers. This came to the forefront during the pandemic-induced geopolitics in the past year. We have seen in the past year how Indian pharmaceutical companies are dependent on China for active pharmaceutical ingredients. This is mitigated by nurturing focused national and company-specific R&D programs that can reduce dependence on active pharmaceutical ingredients. Such technological innovation can further increase the value of Indian companies in GVCs for pharmaceuticals and cement India’s position as the world’s pharmacy.

The split between the Indian joint venture partners and their foreign counterparts in the Indian two-wheeler industry started to happen in the early 2000s, and by this time the Indian market had grown many folds. Today, our two-wheeler industry is world class. For example, Bajaj’s DTS-i (Digital Twin Spark ignition) engine technology and the Pulsar motorcycles are testimonials of our competence in world-class product development, design, and manufacturing excellence.

In some contexts, components sourced from a GVC can form an integral part of the end-product. Chinese smartphone brands have about 44 percent share in the global smartphone market while the market share of Chinese system-on-chip (SoC)—the main processor or the heart of a smartphone—is only about 8 percent. These are the sweet spots where local companies can leverage a large and typically controlled domestic market, manufacturing subsidies provided by the Government to increase their bargaining power across GVCs.

Of course, there are some challenges in managing GVCs that are outside the control of individual companies and in the realm of geopolitics. We have seen how Serum Institute’s vaccine production was adversely affected as supplies of critical raw materials from the US were cut off because they were covered under the pandemic-induced imposition of the Defense Production Act. Government intervention was necessary to resolve this problem.

Sometimes, GVCs are also vulnerable to freak accidents like the Suez Canal incident this year. Such rare events can only be addressed through superior risk management. Many commentators have pointed out the irony that high efficiency in GVCs through the adoption of Just-In-Time (JIT) practices has made supply chains much more vulnerable to disruption.

There is also a different Japanese paradigm in managing GVCs that is based on deep relationships rather than bargaining power. Supplier keiretsu is a network of suppliers who are closely interlocked with an OEM. Traditionally in Japan, this may also mean taking an equity stake in the suppliers to forge a stronger relationship. The Japanese OEMs were able to replicate this keiretsu model in the US even without the equity stake. In the 1990s, Toyota and Honda sourced about 70 to 80 percent of the components by cost for their American factories from North American suppliers. The result was a year-on-year improvement in the pace of product development, reduction in costs, and improvement in quality.

Rishikesha Krishnan is Director and Professor of Strategy at IIM Bangalore. N Dayasindhu is Co-founder and CEO at Itihaasa Research and Digital. Views are personal.

Tweets by @forbesindia
Has the pandemic affected your memory? Moving around might help
Demonstrating ownership and commitment to making a change in an era of digital transformation