Hummers and Saabs From China

By Winter Nie and Abraham Lu 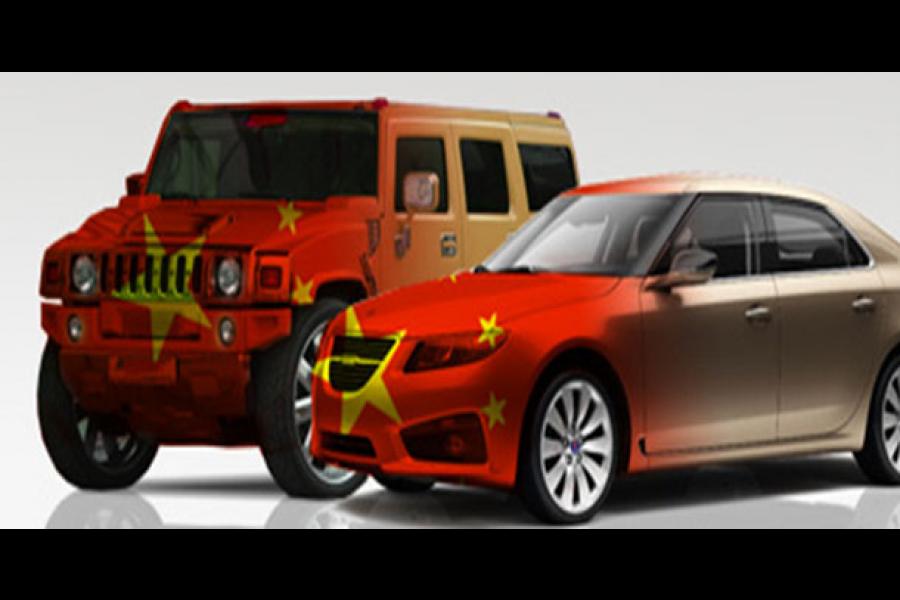 Hummers and Saabs in the hands of the Chinese? The thought of Saab, a global symbol of Sweden, and Hummer, the epitome of America’s love of big, calling China their home would have seemed unthinkable in the not-too-distant past. But times are changing, and while everyone else is tightening their purse strings in this economic climate, China is increasing its overseas mergers and acquisitions (M&A). And both Hummer and Saab could very well be surviving on Chinese soil if Sichuan Tengzhong and Beijing Automotive Industry are successful in their bids.

According to UNCTAD, China’s foreign direct investment (FDI) outflows for the period 2002–2006 grew at a rate of more than 60% per year, and its total FDI stock at the end of 2008 was almost $148 billion, or 3.4% of China’s GDP in the same year. While these may seem like impressive numbers, China’s outward FDI flows and stocks are actually quite small relative to the size of its economy. For the sake of comparison, the outward FDI stock as a percentage of GDP was 14% for developing economies and 26.9% for the world. If China decides to match the average rate of FDI stock for developing economies, we can almost certainly expect to see more M&A activity.

While FDI outflows will continue to focus on natural resource-rich regions, such as Africa, Latin America and Australia, knowledge-rich companies (in technology, skilled people, distribution networks) with strong brands in North America and Europe will also likely be potential FDI targets. So why do Chinese businesses invest abroad? Let’s look at this question from the perspective of the Chinese government, Chinese companies and foreign companies.

China’s annual FDI outflow was virtually non-existent in 1979, due to a lack of any foreign currency reserves. However, after 30 years of strong growth, partly fueled by international trade, China has amassed huge foreign reserves ($2.27 trillion as of September 2009). As pressure mounted from trading partners to float its currency upward, the Chinese government responded by acquiring assets overseas – most of which were in natural resources to support China’s economic growth.

After joining the WTO in 2001, the Chinese government began selectively supporting the overseas expansion of Chinese companies in their quest to become internationally competitive players. The support was mainly in the form of tax rebates and cheap loans. Additionally, in 2005, when the Chinese currency policy was switched from being pegged to the US dollar to being pegged against a basket of its major trading partners’ currencies, the Chinese Renminbi (RMB) appreciated against the dollar. A stronger RMB tends to favor overseas acquisitions over direct export.

Low-cost manufacturers, such as those in the automotive and consumer electronics industries, were plagued by overcapacity and cut-throat price wars that made domestic markets hypercompetitive. With a lack of profit potential in the domestic market, foreign markets became more attractive because they had less competition, higher margins and they provided an opportunity for Chinese manufacturers to capture a larger portion of the value chain.

Acquiring capabilities (R&D and talent) is a second major reason why Chinese companies are reaching beyond their domestic borders. A case in point is China International Marine Containers (CIMC), a container manufacturer that acquired several foreign companies and licensed advanced technologies to improve its manufacturing process. By licensing technology from Germany, CIMC improved its reefer production process, reduced capital inputs and increased its capacity and efficiency by leveraging automotive technology. Production volume was expanded 1.5 times with merely 20% of the original capital input. Productivity improved from a rate of over 20 minutes per container to about 5 minutes per container. Foreign staffs, who understand their home market and environment, have been hired to run the European operations.

Acquiring brands and a sales network, instead of building them from scratch, is another reason why Chinese companies invest abroad. For example, in December 2004, Lenovo announced that it would acquire IBM’s PC division for $1.75 billion. The deal quadrupled Lenovo’s PC business, realizing the company’s globalization dream. The deal also gave Lenovo the right to continue using the IBM logo on its products for the first five years. The renowned Thinkpad laptop and ThinkCentre desktop brands would belong to Lenovo. The access it gained to global sales channels, management talent, research and development capabilities and global corporate clients was critical to Lenovo’s future global expansion.

Finally, as China is poorly endowed with oil, gas and other natural resources, Chinese companies acquire these resources abroad to secure the supply of key energy and raw materials in order to sustain economic growth. In February 2008, Chinalco teamed up with Alcoa, a major U.S. aluminum producer, to purchase a 12% stake in Rio Tinto, the world’s biggest mining company, for $14.5 billion. Chinalco’s interest in the company would secure its bauxite and iron ore reserves.

From the foreign company’s perspective, China’s activities abroad are viewed as both a threat and an opportunity. While Chinalco’s 2008 effort was viewed as an opportunity, Chinalco’s interest in investing an additional $19.5 billion in Rio Tinto in February 2009 was not viewed as favorably. As a result, Rio Tinto unilaterally abandoned its deal with Chinalco in June 2009. Another example was the $18.5 billion bid by China National Offshore Oil Corporation (CNOOC) in 2005 for Unocal, the US oil company, which the US government blocked. In the end, CNOOC withdrew its bid.

Finding the right opportunities can be a challenge for Chinese companies, as it requires the willingness of the target companies and their governments to accept a Chinese acquisition. However, the economic crisis has meant that the opportunities are there and they are at the right price, as evidenced by the Hummer and Saab cases.

In today’s volatile economic environment, multinational companies would be smart to review their business portfolios and take advantage of the opportunity to either partner with or sell their non-performing businesses and assets to Chinese companies. As more companies enter into strategic alliances, joint ventures and partnerships with Chinese companies, the global competitive landscape is bound to change, and those companies that participate will have a unique competitive advantage.

Winter Nie is Professor of Operations and Service Management at IMD. She teaches in IMD’s Partnership Programs as well as on the Program for Executive Development (PED), Orchestrating Winning Performance (OWP) and Managing the Global Supply Chain (MGSC).