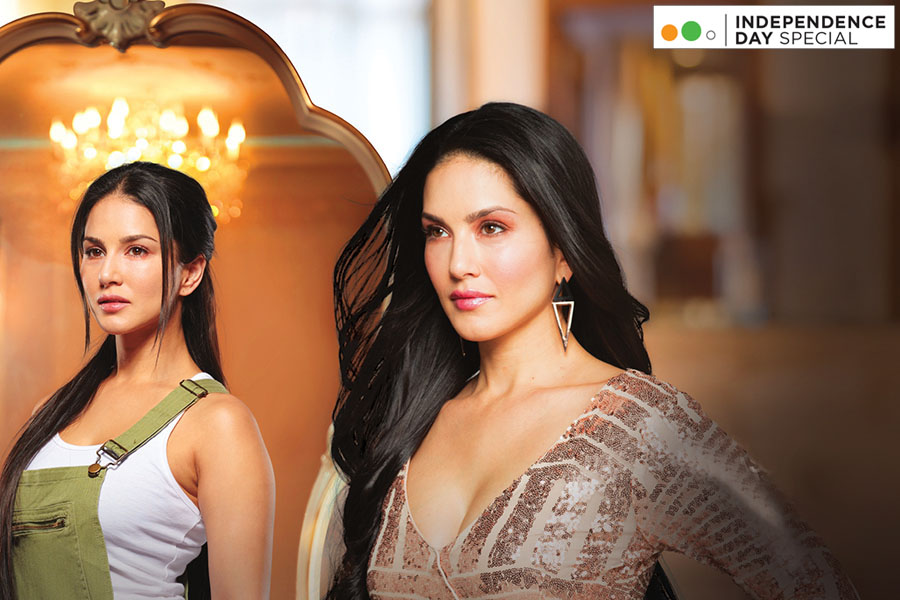 Towards the end of 1998, a sizeable mob belonging to a political party ran amok in Mumbai, vandalising theatres for screening Deepa Mehta’s film, Fire. The flames of dissent against the portrayal of a lesbian relationship between the lead actors, Shabana Azmi and Nandita Das, soon spread to other parts of the country. While the perpetrators of violence justified their act, terming the depiction “alien to our culture”, activists and members of the film fraternity called it an attack on the freedom of speech. Much water has flown under the bridge since then.

Almost two decades later, Romil and Jugal (2017), an adaptation of William Shakespeare’s Romeo and Juliet, but with two young men as protagonists, has found loyal viewers among a smartphone-savvy and hungry-for-quality-content audience. The 10-episode series streamed on ALTBalaji, a digital offering from Balaji Telefilms launched in April 2017, has been lauded for its sensitive representation of same-sex love.

The difference between 1998 and 2018 is not just a result of awareness and changing attitudes—the Supreme Court is hearing arguments for and against repealing Section 377 of the Indian Penal Code, which criminalises homosexuality—but also the way Indians consume content.

The number of single-screen theatres can now be counted on our fingertips, as multiplexes began to mushroom in the noughties. The latter offered multiple shows of the same movie, and screenings of different films, including foreign and regional ones, at the same venue. Today, all of these and more can be viewed on our phones or televisions, thanks to the proliferation of over-the-top (OTT) platforms in the country. Not only do they offer content across genres for a nominal subscription fee, but also provide filmmakers the freedom to tell stories without fear.

Not only do OTT platforms offer content for a nominal subscription fee, they also let filmmakers tell stories without fear

“They’ve given a whole new space and window to filmmakers to experiment with new stories and give fresh content to the audience, which is yearning to see something original. It is a gift to the creative field,” says Aditya Datt, 34, who recently directed Karenjit Kaur: The Untold Story of Sunny Leone (picture above), a 10-episode series, of 22 minutes each, for Zee5. “A script like that and story like hers were fit for a web series. It lets you be true to the character and the spoken language [English in this case]. Two hours [of a movie] are not enough to tell such a story.”

The story of the adult star-turned-actor found its way on the video-on-demand website, which was launched this February without much drama; only some Sikh groups wanted the name ‘Kaur’ to be removed from the title. Similarly, other streaming platforms have been unafraid to push the boundaries and exhibit bold or contentious content. For instance, Netflix, which came to India in 2016, has Lust Stories (2018), an anthology of four short films about sexual desires, and Sacred Games (2018), which has its share of profanity, nudity and violence, among others. ALTBalaji, on the other hand, has Gandi Baat (2018), tales of forbidden love from rural India, as well as something vastly different like Bose: Dead/Alive on the mysterious death of freedom fighter Netaji Subhash Chandra Bose as part of its offerings. Amazon Prime’s popular show Breathe (2018), starring R Madhavan and Amit Sadh, dealt with the complexities surrounding organ donation while Inside Edge was about the murky goings on in the world of a T20 cricket league.
“OTT platforms have made life easier for filmmakers,” says Bose director Pulkit, who goes only by his first name. “They give you a sense of freedom. You can tell any story in your language because you have an audience for every language there,” says the 29-year-old, who came to Mumbai from Bihar in 2012 to become a filmmaker. His series on Bose spanned nine episodes of 25 to 30 minutes each. Agrees Nupur Asthana, 45, who made Romil and Jugal. “The digital world has opened up new avenues for us. We can tell the kind of stories we couldn’t tell otherwise. Mainstream television is still stuck in its own rut. To tell things the way they are without anything being muted or subtitled with something else… there is a lot more freedom [on OTT platforms] and I am grateful for that,” she says. 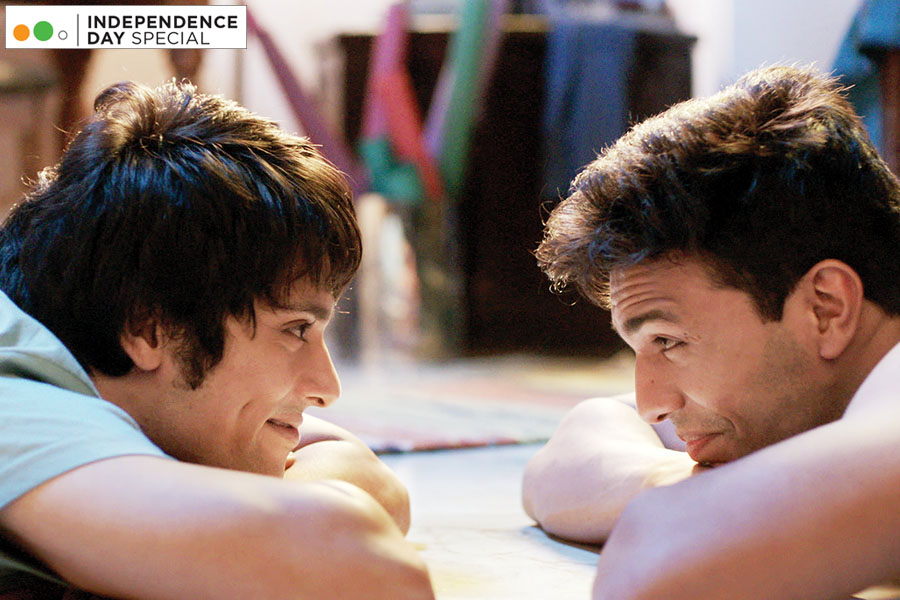 ALTBalaji's web series Romil and Jugal has been widely appreciated for its sensitive portrayal of same-sex love
Asthana has still not forgotten how a random line had to be taken out from Bewakoofiyaan, a film that she directed in 2014, on the instructions of the Central Board of Film Certification (CBFC). “It’s ridiculous,” she fumes and goes on to explain why Romil and Jugal couldn’t have been made into a TV series even today. “I don’t think any channel would have accepted it because of its storyline.” As a film, says Asthana, it would have had to be a low-budget, indie movie and no big studio would have shown any interest.
Such limitations and adversities that come along with making films are reduced considerably, if not eliminated completely, by streaming players. “You get more creative freedom with the narrative on an OTT platform than in a feature film. It’s not only about censorship... there are too many strings attached to each other as far as a film is concerned,” explains Datt, who is gearing up to make season two of the Sunny Leone series. Among other advantages that digital platforms provide are things like removing the pressure of finding a top producer or studio to back a film, a slot for release, and eventually, box office performance.

Vijay Subramaniam, director & head, content, Amazon Prime Video, India, echoes the view and admits that the story is the driving factor for them. “The opportunity for us and content creators is extremely exciting. There are so many wonderful stories waiting to be told. The platform is liberating for storytellers, especially from the world of films, to tell authentic stories that are not only rich but also go deep,” he says.
The longer duration of web series and digital films helps in fleshing out characters and building a gripping storyline. “You can tear into the psychology of characters and go into a milieu that you are trying to create in depth,” says Asthana. Datt believes the medium compels you to focus on quality. “It gives you time to explain things in detail, and the luxury to do work that is as good as a feature film,” he says.
Pulkit harps on the plethora of opportunities that the web gives to those like him who have no background in movies, but harbour aspirations of becoming a director. The endless wait for a Friday is a thing of the past. “If I am making a film, I have to tell the entire story in an hour or two. As a result, I will only show portions that are important, or which I think will connect with the audience,” he says. “People will watch a web show for 10 hours [assuming 10 episodes of an hour each]. There, I can explore the characters more,” adds Pulkit, who previously made Maroon for Netflix in 2016.

The medium also saves filmmakers from the demands of the censor board, which earned a bad name recently for its bizarre objections, and violent protests from fringe groups who can take offence at anything. Earlier this year, there were agitations all over India against Sanjay Leela Bhansali’s Padmaavat for portraying the Rajput queen in bad light. “There is no scope for burning down theatres; you can’t burn everyone’s phones, can you?” says Pulkit. 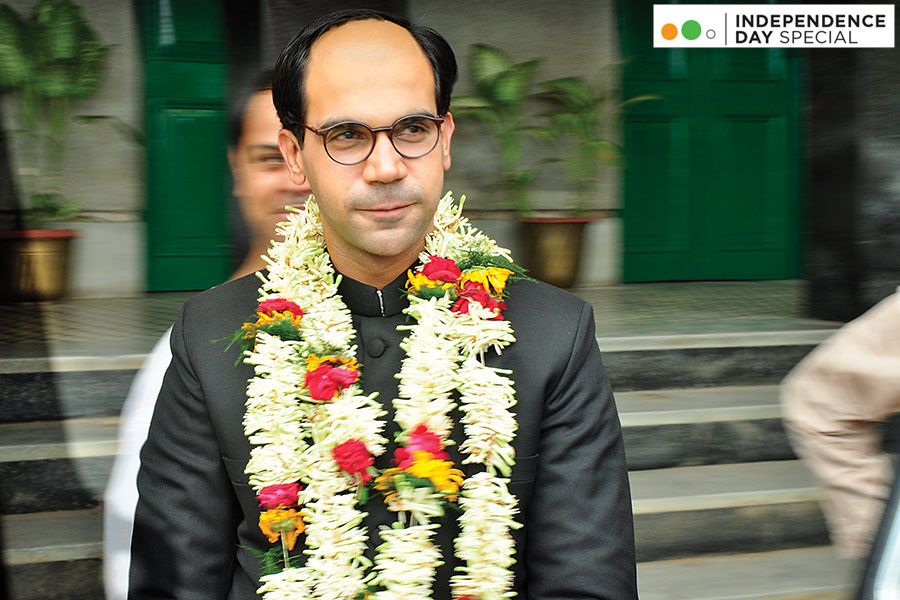 Rajkummar Rao played the title role in Bose: Dead/Alive, a nine-episode web series
The odd criticism, of course, will continue to be voiced. A Congress leader, for instance, filed a complaint against Sacred Games actor Nawazuddin Siddiqui and the producers for using abusive language against late Prime Minister Rajiv Gandhi in the show.

Despite the positives outweighing the negatives, content creators are conscious of the responsibility that comes along with the freedom to tell their stories. The censorship in this case, they say, is individualistic. “It is the director’s responsibility not to misuse the freedom. We cannot take undue advantage,” says Datt. That is not to say that there isn’t controversial material floated online. The choice to watch or ignore rests with viewers.
What is certain is that in the days to come the emphasis will be on providing niche content, as competition heats up in the sector. Apart from Netflix, ALTBalaji, Amazon Prime and Zee5, the likes of Voot, Eros Now, Viu, Sony LIV and BigFlix are jostling for a bigger share of the pie. Besides, feature films are now streamed online within days of their release. Also, the access to foreign shows means filmmakers in India are on their toes to deliver something that is worth the money the audience is paying.

“We are slowly raising the bar; everyone is trying to get better. The content has to be of a certain quality that can match world standards, because it’s going to be there forever,” says Asthana. Datt is clear that there will be no place for mediocrity. “I don’t think average stuff would work here. The competition and exposure are so fierce that you have to deliver something excellent,” he says.

Streaming platforms have brought the world closer and made it an exciting medium for filmmakers. “It’s like a magnet; it’s drawing more storytellers. We have an opportunity to transform the way customers consume content and the way storytellers create it,” says Subramaniam.

As India warms up to digitalisation and more creative minds enter the space, one can hope it turns out to be a blockbuster tale.