What India will Modi usher in?

The PM can surprise, but beware the enemy within 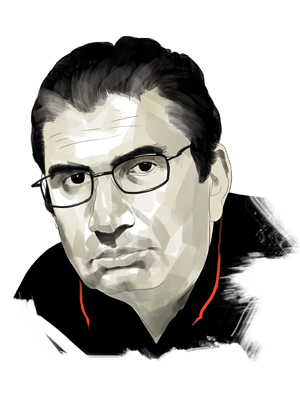 Image: Sameer Pawar
Vinod Mehta is one of India’s foremost editors, known for launching a host of successful publications over the years. Until 2012, he was the editor-in-chief of Outlook, a weekly magazine he started in 1995. He is a regular panelist on TV news shows, marked for his incisive takes on Indian politics

Predicting Prime Minister Narendra Modi’s future is a tricky business, doubly so, because he has a habit of springing surprises. He writes his own script.

The supremely wily British PM, Harold Macmillan, when asked by a reporter what he feared most in politics, said, “Events, dear boy. Events.” By that he meant unexpected and unanticipated occurrences that can derail the most stable of governments.

Modi, who after nearly 100 days in office looks in total command, seems sure of not just one term in office, but two or even three. With an Opposition that is decimated and devastated, and the overwhelming majority of public opinion behind him, he looks extremely secure. (Clearly, I don’t share his feeling that he is getting a curtailed honeymoon; he is actually getting an extended honeymoon period.)

Assuming Modi continues to live in 7, Race Course Road for a fair amount of time, what kind of India will he usher in?

First, it will be an India over which he has absolute political control. This should be clearly apparent to even the most novice commentator. To implement his vision for India, Modi intends to consolidate power both within the government and the party. With Amit Shah as the new president of the BJP and Arun Jaitley as his right-hand man, that goal is already half-achieved. There is opposition to him within the party—from LK Advani, Sushma Swaraj, Murli Manohar Joshi and some chief ministers—but they can only strike when Modi seriously falters, loses public support and, most importantly, loses RSS backing. When and if that will happen is something I will refrain from speculating on, except that it cannot be ruled out.

What is Modi’s vision for India? Prior to and just after the elections, he seemed prepared to make the country a right-wing paradise, extremely friendly to big business and unfriendly to the welfare state and jholawallahs.

After the Budget, though, things seem less certain. While the BJP constituency, the middle and the neo-middle class, are being pampered, the PM is pulling his punches.

P Chidambaram, the UPA government’s finance minister, is already claiming the Budget as his—that there is something for everybody. True. Modi has ruffled a few feathers and appears to be cruising along a centrist path. Of course, this is his first (and early) Budget. Therefore, he may be testing waters before embarking on transformative measures. Nevertheless, all indications are that the expected turn to the right may be both marginal and gradual. The welfare state is not about to be dismantled and the jholawallahs are not being sent to prison.

So, what is his vision? I would like to reserve my judgement on the question. Certainly, the speed at which Modi was scheduled to move the country away from the centrist consensus has slowed. Does that mean we will have a status quo as far as policy is concerned? 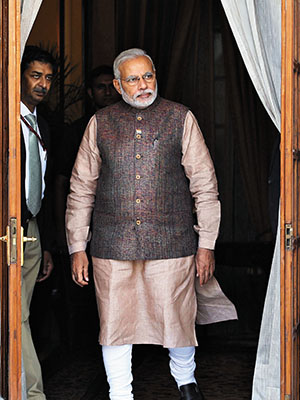 Image: Reuters
PM Narendra Modi’s refusal to condemn certain acts is cause for much concern
Perhaps Modi has realised that unlike Europe and the United States, India is not a middle-class society. While this class is growing, the predominant class here is the poor. Whatever criteria you fix, at least 35 percent of the 1.2 billion people will be the poor. There is no way any astute government can ignore that fact. The pink papers tell us that PM Modi has spurned the radical advice of Messrs Jagdish Bhagwati and Arvind Panagariya sticking firmly to the middle path. Whether he will continue on that road is an open question.

Pseudo-secularists like me will continue to worry about the Hindutva agenda, and the manner in which it will be implemented. There have been a few troubling signs: The killing of the Muslim techie in Pune, the Muzaffarnagar riot-accused being rewarded with ministerial posts, and above all, Modi’s reluctance to comment on communal violence, is distressing. From what I understand of Modi’s character and temperament—and I hope this doesn’t sound too Freudian—he is a stubborn man. The more you tell him to do something, the less likely he is to do it.

Therefore, let me state this plainly. Modi’s refusal to condemn certain acts of his party men and party affiliates is cause for much concern. People of all faiths look up to him for the preservation of the country’s secular fabric, even as he curbs minority appeasement started by the previous government. Alas, I detect no clarity here. I’m not suggesting that the PM has given in to communal elements of the Sangh Parivar; unfortunately, he has not condemned them either.

His complaint of not getting his requisite honeymoon period does not apply to the unexpected honeymoon he is enjoying with the RSS. Modi, one should remember, has successfully and ruthlessly crushed Parivar personnel and the projects they ran in his home state. So, he has a record of being out of sync with the parent organisation. All that seems to have been forgotten. Modi and Mohan Bhagwat [RSS chief] are the best of friends now.

But, how long?
Currently, the PM is keeping the RSS happy by giving it control over cultural and educational bodies. The Indian Council for Historical Research (ICHR) has already gone to a Parivar man. More such appointments will follow. However, I am not sure if the RSS will be satisfied with small change. Sooner rather than later, the RSS vision of India and the Modi vision of India must clash. Who will blink first?

They will clash in the political and economic areas. If Modi is serious about taking economic reform forward—how long can the PM keep stalling FDI in multi-brand retail?—he will have to take on the gentlemen at Jhandewalan [RSS headquarters in Delhi]. On the political front, the PM will be under pressure to give the RSS its ‘pound of flesh’. Either on the Uniform Civil Code or Article 370 or the Ram Temple, he will have to compromise. And we know Modi is not a compromising person. 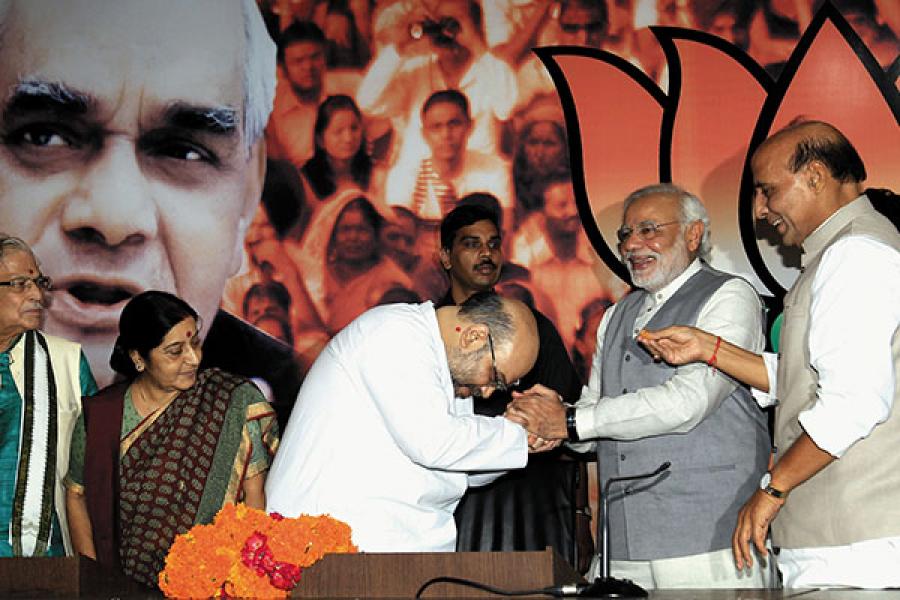 Image: Getty Images
There is opposition to Modi within the party, but he also has loyalists like Amit Shah
In the area of foreign affairs, Modi has bowled a googly to his foes and friends. His audacious invitation to Pakistan Premier Nawaz Sharif does not fit into his Pakistan-baiting background. Indeed, he has shown both pragmatism and courage in reaching out to the international community which may have had some misgivings about him.

I remember my occasional cups of afternoon tea with former Prime Minister Atal Bihari Vajpayee. He often reminded me how it took a Republican President, Richard Nixon, to normalise US-China relations. Similarly, he said, “I, a BJP prime minister, will normalise relations with Pakistan.” Vajpayee tried heroically but failed.

I don’t know if Modi has embarked on a similar mission, but his general approach towards our estranged neighbour and the neighbourhood is distinctly encouraging. In this context, it must be noted that the PM’s first overseas visit was to Bhutan.

Since I am a journalist, and one who in the past has been at loggerheads with Narendrabhai (although I must remind Forbes India readers that since December 2013, in all my journalism and TV appearances, I have urged Modi’s critics to give him the “chance” he so eagerly asks for, and to judge him not on his past but present), the media’s relations with the BJP government and Modi in particular are of special interest to me. I am not giving away any secrets when I say that more than any politician it is Modi who doesn’t relish criticism, especially when it comes from the English media. These “snobbish” ladies and gentlemen have not only patronised him, but also called him a “mass murderer”. It would be no surprise if he is itching to get even with them.

I hope he resists the temptation though. First, he will unnecessarily tie himself up in knots and waste a lot of his precious energy. Second, it is a battle he must lose: If he opens a front against the media, he may register some short-term victories, but in the end, the media will defeat him. It is significant that in nearly three months in office, Modi has not felt the need to appoint a press advisor (who’s usually a senior journalist).

Besides, on his trips to Bhutan and Brazil, he did not take a media party, except the safe PTI and Doordarshan. The PM does not like the media and the media does not like the PM—even though it is singing his praises now. Thus it is better for him to persist with his current policy of keeping them at arm’s length—cordial but distant.

Modi has many challenges, as any PM does. But he has an extra challenge. Most of his enemies are within. And I hope he doesn’t have an ‘Et tu...’ moment like Julius Caesar.