Arun Jaitley allows foreign investment of up to 49 percent, a 23 percent increase; ownership to stay with Indian company 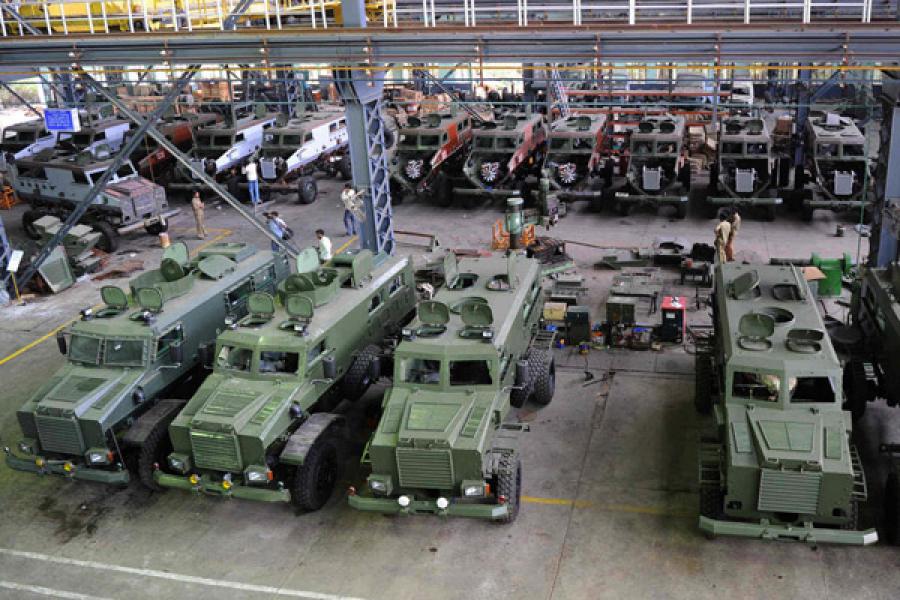 India’s private sector business has been split on the issue of FDI in defence manufacturing in recent years. While some corporate groups have been in favour of higher FDI, others like L&T feel that the Indian companies should be strengthened by giving them more (and meatier) defence contracts. Finance Minister Arun Jaitley took the middle ground in the Union Budget on Thursday, by allowing foreign investment of up to 49 percent, up from 26 percent, with the ownership staying with the Indian company.

Big defence companies like EADS, Boeing, Lockheed Martin, British Aerospace, Rolls-Royce, and a host of component makers have been lobbying with the government to increase FDI limits. Many of these already have joint ventures (JVs) in India - but none of the work is really cutting edge. Much is low or medium tech component manufacture. The companies have argued that high-end technology transfer is possible only if they can have control of the JV.

India is among the biggest importers of defence equipment in the world. Government rules insist on offset agreements, asking the buyers to source equipment worth up to 50 percent the cost of the contract from Indian companies. The offset policy, meant to bring up standards of Indian manufacturing, has not worked. Interpretations are hazy and foreign companies have exploited loopholes to make minimal investments in low tech areas.

Vivek Saxena, vice president, aerospace operations and supply chain leader at US consultancy ICF International, says, higher FDI is exciting news for those who want to do business with India. This, combined with the government’s intent to address India’s archaic labour laws, sends positive signals to western aerospace manufacturers. The next priority should be the clarification of ambiguous offset rules, he said. India offers an excellent value proposition for western aerospace firms, despite the 49% limit, he felt.

Also, in the Budget, the Finance Minister allocated Rs 2.29 lakh crore for defence, an increase of around 12.5 percent from the last fiscal. But analysts were not too excited by the numbers. Much of the enhancement is to budget for higher expenditure on salaries and pensions for armed forces personnel and the implementation of the ‘One rank One pension’ scheme, they said. Military modernisation is badly needed and this requires higher allocations combined with a long-term strategy of moving manufacturing to India, they said.