For Parth Jindal, managing his company’s sports business is a training ground for bigger things 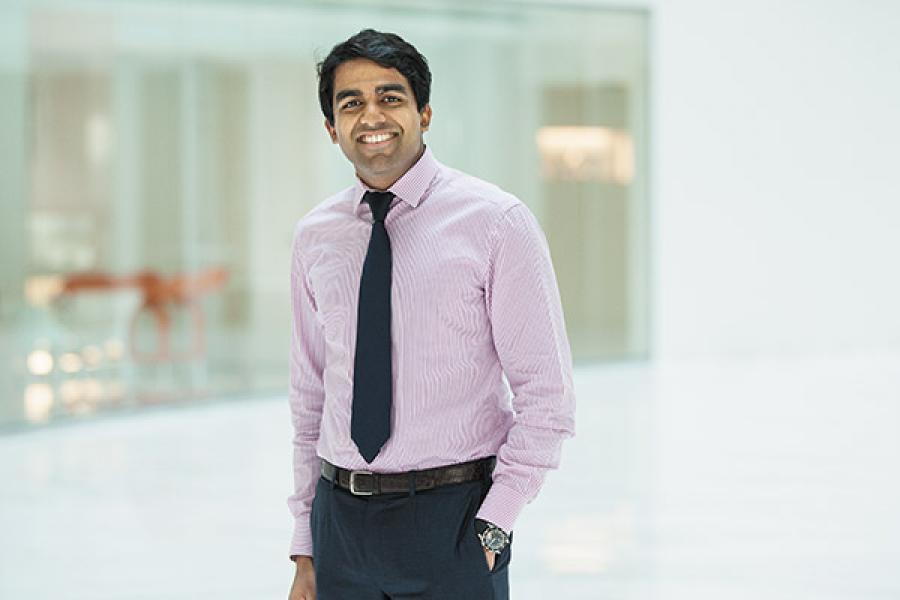 Parth Jindal,
Son of JSW Steel Chairman and Managing Director Sajjan Jindal. He works in the JSW strategy cell with the official title ‘Economic Analyst’
Age: 23
Education: Bachelor of Arts with majors in economics and political science from Brown University, Rhode Island, USA
How he is changing the way the company works: He is channeling corporate resources into sports, an area sorely neglected in India


Parth Jindal, 23, is what football supporters would call a ‘proper’ fan. While at Brown University, he spent a semester in the UK in 2011. There, the Arsenal fan would regularly watch his team play away from home. The time and effort taken to travel to opposing teams’ stadiums across the country, along with 2,000 fellow fans, is the hallmark of a ‘true’ fan. He seems to be bringing the same passion to his work in developing sports in India.

Jindal came back to the country in 2012 after getting a Bachelor of Arts degree, and was asked to manage the company’s sports interests.

To begin with, he belonged to a family of sports enthusiasts: Father Sajjan Jindal (chairman of the Rs 60,000 crore JSW Group) was appointed chairman of India’s top football tournament, the I-League, in 2010 (he stepped down in 2012); the family has donated money to Olympic Gold Quest, an NGO that supports the training of top athletes.

And then, there was his personal motivation.

In 2008, when Abhinav Bindra won Gold at the Beijing Olympic Games, Jindal had felt a mix of pride and shame: Why wasn’t the Indian national anthem heard more often at the Games? That spurred Jindal to think about developing sports in India. When he got the chance to buy the Bangalore I-League franchise, Bengaluru FC, he jumped at the opportunity since the company’s main plant is also in Karnataka. Mustafa Ghouse, a former Davis Cup tennis player for India who came recommended by Mahesh Bhupathi from his time at Globosports, was taken on board as CEO of the newly-formed arm, JSW Sports.

Jindal is CEO of Bengaluru FC, which, in its debut season sits atop the I-League, with four wins and one draw of their five home games. Their home form is no coincidence: Jindal achieved the remarkable feat of selling out the Bangalore Football Stadium (a 7,000-seater) with innovative marketing methods. Filling a stadium is essential because fans are a critical aspect of any football club—they determine whether TV networks will pay money to broadcast games and advertisers will sponsor the league.

JSW Sports used tiered ticketing: Rs 30 to Rs 50 for local fans, Rs 150 for college students and Rs 300 to Rs 450 for corporates. College football captains were roped in to sell tickets for a 10 percent commission. Tech giants Wipro and Biocon were convinced to buy 300-plus corporate tickets for a football match as a ‘company outing’; Café Coffee Day agreed to sell discounted tickets. The result: 6,500 people attended a weekday game, while weekend games were packed, they claim.

But Jindal is looking beyond football. He wants to create an ‘Olympic Village’ for young athletes near the steel plant in Bellary. They have got all the necessary permissions from the sports ministry and have chosen athletics, swimming, boxing, judo and wrestling as the disciplines to focus on. The climate and altitude are perfect for sports and JSW is investing in a fully residential site where promising athletes from Sports Authority of India Centres of Excellence can live, study and train.

“Athletics and swimming are longer term sports; hopefully in 10 to 15 years India will develop some Olympians,” he says. “But in judo, wrestling and boxing, we are there already. If private players supplement whatever the government is doing, the results can be quicker.”

This is the message being repeated by many in sports development in India: The government has the scale and the reach, while the private sector can help by bringing in the expertise and the ethos of sustainability, a thought that rings strong with Jindal.

“What I have learned most from my dad is that whatever activity you do, you have to make sure it is sustainable. Otherwise, for one to two years you will be excited and then move on to something else, letting down all the people you have supported,” he says.

Indeed, the biggest challenge he faces as CEO of a football club is the question of sustainability. Every club in India loses money. But just as he managed to fill the stadium, he has a plan here too. “It involves building a new stadium and implementing the Chelsea or Barcelona model, where the land around the stadium is used for convention centres, hotels and other revenue streams,” he says.

It may take a while before the country sees the kind of Olympic success that China has, but young, educated (and, in many cases, corporate) sports entrepreneurs are doing their best to ensure that the Indian national anthem becomes more frequent at the Games. This young Jindal ranks among them. 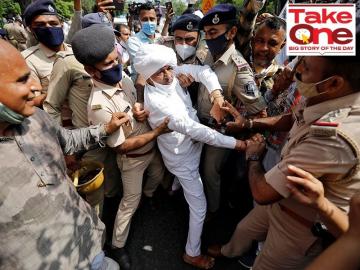