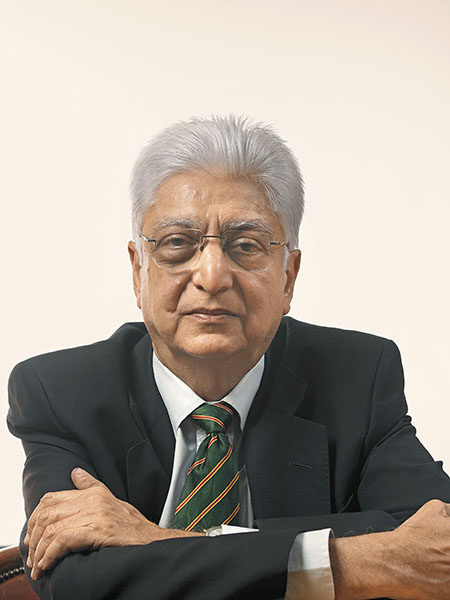 Wipro chairman Azim Premji has not shied away from taking tough decisions when necessary|
Image: Namas Bhojani for Forbes India
Ask Abidali Neemuchwala, who took charge as CEO of Wipro Ltd in February, what he likes most about the company and quick comes the reply: “It is built on a strong set of values.” The response reveals much about Wipro, the man who built it, the people he picks to run the company and those who choose to work with him.

Azim Premji, who completed 50 years at the helm of the software services firm this year, has been a constant presence in Forbes India’s annual ranking of India’s richest billionaires: In the 2016 Forbes India Rich List, he’s at number 4, one rank and $900 million down from last year, with a net worth of $15 billion.

Neemuchwala’s idea of Wipro finds resonance with those who have known Premji more intimately and for longer. His immediate family members and employees who’ve worked with him for decades say wealth sits lightly on his shoulders. Premji, 71, who has committed to giving away much of his fortune, still retains the humility to learn.

“He has no ego,” says Premji’s eldest son Rishad, who serves as the chief strategy officer and a member of the board at Wipro. “He is the most organised, structured and detail-oriented person I have known, and is willing to learn from people across all levels, both within and outside the organisation.”

Along the way, Premji—who serves as Wipro’s chairman and owns close to three-quarters of the firm—has demonstrated that he is willing to experiment and is unafraid to take tough decisions when necessary. A case in point is his appointment of Girish Paranjpe and Suresh Vaswani as co-CEOs in 2008 to tap what was widely seen as the duo’s complementary abilities. He took the hard decision to end the dual-CEO model in 2011 and brought in TK Kurien to head the firm after the company began to lose ground to rivals like Cognizant Technology Solutions. Kurien is currently executive vice chairman of Wipro.

Neemuchwala is the latest chief executive tasked with getting Wipro’s growth rate to match peers after some large bets, prominently in the energy and utilities vertical, failed to deliver mainly due to macroeconomic conditions (low oil prices and cooling demand in China). As of September 30, Wipro’s stock had fallen by 14.89 percent in 2016, which explains Premji’s wealth erosion.

“I think what drives him, at a stage when most others would have started slowing down, is that he still wakes up each day thinking, ‘Wipro can be a better company than it was yesterday’,” says Pratik Kumar, chief executive of Wipro Infrastructure Engineering, part of Wipro Enterprises. Kumar has been working with Premji for about 15 years and was the global head of HR at Wipro Ltd before his current assignment.

“When I was a youngster in the company, what struck me was that he [Premji] was passionate about Wipro… that might be true for other leaders too, but he stood out due to the sheer intensity [of his passion],” says Kumar. “For us, it was our first exposure to someone like Premji and it had an impact on our own formative years.” 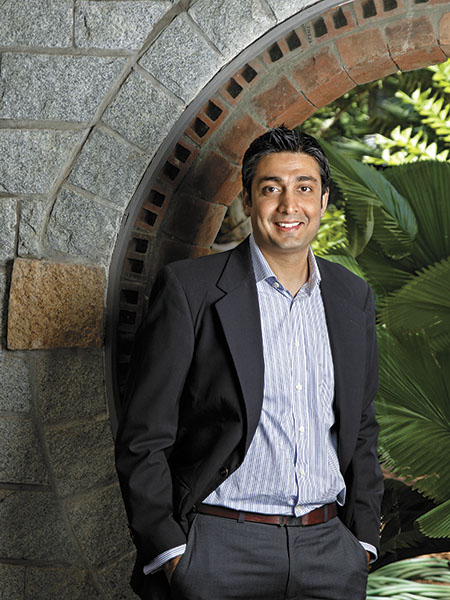 Rishad Premji says his father is among the hardest working people at Wipro with an inspirational work ethic
Image: Namas Bhojani for Forbes India

It could be Premji’s influence on the young minds he mentors that make them stick with him. Suresh Senapaty, for instance, stepped down as Wipro’s chief financial officer a year ago after 35 years at the company, but remains an advisor to Premji. “I first met Mr Premji when I was interviewed for a job at Wipro. The then 35-year-old managing director spent half a day with me,” recalls Senapaty. “I was amazed by his curiosity, the attention he paid to details and the sheer patience and energy he had.”

After gradually stepping down from the day-to-day operations of Wipro by 2011, Premji has avoided interactions with the media, but continues to be engaged. With his personal money, he established the Azim Premji University in Bengaluru in 2010. The university focuses on churning out high-calibre academics and teachers. He also owns Premji Invest, a private- and venture capital firm that is backing promising startups in multiple verticals. Premji Invest holds shares in both public and private companies, including ABG Shipyard and Healthcare Global. He has also set up the Azim Premji Philanthropic Initiatives to support social causes.

Of his earliest memories of his father at work, Rishad says: “I distinctly remember my father spending a lot of time at his desk at home and working through tonnes of files filled with notes and documents. I also recall how he would regularly ask my brother [Tariq] and me to file away all the documents.”

Half a century after he cut short his Stanford education, upon his father’s demise, to take on the family business, Premji continues to be a workaholic. (He returned to Stanford to complete his degree in 2001). “That he still ‘comes to office’ is a very mild way of putting it,” says Rishad. “He may still be among the hardest working people at Wipro. I have not seen anyone sustain the kind of work ethic and drive that he has, over such a long time. Perhaps my grandmother has been an influence; she ran her charitable hospital with the same energy, way past the age when most people retire.”

There are two important facets to Premji senior’s personality, says Rishad. The first is that he has built a large, well-respected business organisation on a bedrock of integrity. “The commitment to the ‘Spirit of Wipro’ [the values of the firm] is the soul of the company. I think he would be proud that he has been able to play by the rules and still succeed,” says Rishad.

This is not to say that there have been no blots in Wipro’s history. Premji has faced adversities while ensuring Wipro’s values were unsullied. In January 2009, it emerged that the company had been barred from doing any work with the World Bank for four years starting June 2007, for allotting shares to some of the bank’s employees.

Premji sent an email to all employees, reiterating that the company had done nothing wrong. Wipro argued that the allotment was not illegal under US laws, nor was it unethical, and had been done above board with inputs received from its financial and legal advisors when the company listed American Depository Receipts in 2000, according to a media report. That didn’t stop the company’s shares in Mumbai tanking by nearly 10 percent on the day these matters came to light. Some analysts and investors questioned why Wipro hadn’t disclosed them earlier.

That the bank chose to disclose the information shortly after the accounting fraud at Satyam Computer came to light added to the panic. The World Bank said the Satyam fiasco triggered the disclosure of all vendors facing a bar.
Another incident points to how deeply Premji values ethical behaviour. He is said to have told reporters in 2005 that he refused to allow Rishad the use of a company guest house in London, when his son was working for the consultancy Bain & Company in Britain. Premji pointed out that Rishad was not an employee at the time and hence not entitled to use the company property.

“As a promoter, he has been uncompromising on integrity and has maintained the highest degree of corporate governance,” says Senapaty. “He feels personally responsible for the fiduciary custodianship of wealth, a substantial portion of which is set aside for social purposes.”

That is the second facet of Premji’s personality that Rishad points to. Premji’s approach to seeing a better India and acting on it involves “creating and building institutions that will hopefully continue to contribute for generations to come”.

The secret to what pushes Premji to work incredibly hard is the implication of Wipro’s success: “I think Wipro is his life. He loves it and cares for it as if it were his child,” Rishad points out. “I think, as he has gotten older, he is very energised by the fact that the success of Wipro could have a great impact on his philanthropic work. He feels deeply about how privileged and lucky he has been and is very focussed on doing all he can to give back [to society].”

Senapaty points to the everyday manifestation of that: The frugality that Premji is known for—climbing stairs and flying economy whenever he can. “From early on, he has believed that he is a mere trustee of his wealth rather than the owner,” says Senapaty. “It is unique that he does not hesitate to make a $100 million investment; but at the same time, he wouldn’t like it if an employee forgets to switch off the lights when leaving a room.”

After all, for Premji, a penny saved is a penny earned (for philanthropy).