Biocon: A biosimilar shot in the arm 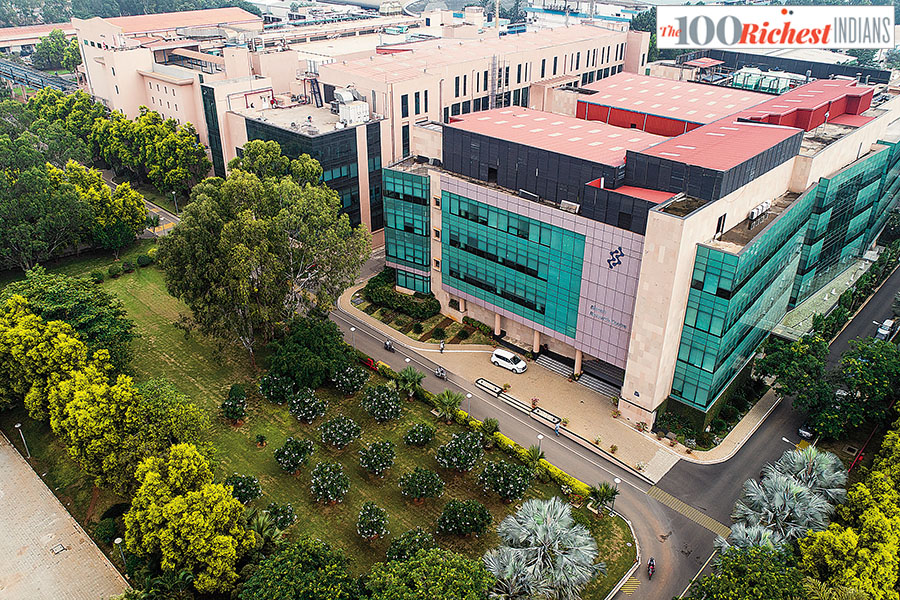 The Biocon Park in Bengaluru

In June, when Biocon and its commercial partner Mylan NV announced they had won the USFDA approval for their bio-generic version of the drug Pegfilgrastim, it was the second approval Biocon was getting in America for a ‘biosimilar’ it had developed for use in certain cancer-related treatments. The company is marketing its Pegfilgrastim biosimilar under the brand name Fulphila.

Earlier this year, the Bengaluru company built by billionaire Kiran Mazumdar-Shaw had announced a global team-up with Sandoz, a unit of pharmaceuticals company Novartis AG, to develop and commercialise biosimilars. This was shortly after Biocon became the first company in the world to win US FDA approval for its version of Trastuzumab, which it would market under the name Ogivry.

Partnerships such as the ones with Mylan and Sandoz show that Biocon has won the respect of some of the largest players in the multinational pharmaceuticals business. That is reflected in the surge in Shaw’s ranking this year, among India’s richest.

The last 12 months have seen Shaw’s vision of building a deep R&D-based biotech firm, and not just a copycat chemical generics maker, vindicated. Investors took notice, too, pushing up the company’s stock to levels where Shaw’s personal wealth rose by some two-thirds to $3.6 billion. That made Shaw the biggest gainer in percentage terms in this year’s list of billionaires in India—her rank jumped from 72 last year to 39.

“Kiran is a bold person—not afraid to take reasonable risks. She also understands science and is able to evaluate the risks involved,” says Shrikumar Suryanarayan, co-founder of Sea6 Energy, a Bengaluru-based biofuels company. A Biocon veteran, Suryanarayan led the building of the company’s R&D team before turning entrepreneur himself. Investing in R&D, attracting talent and building a very capable team are among Shaw’s top achievements, he adds.

Patience to seek out the right de-risked strategies, building a great second line of leadership and great negotiating skills are among the qualities that have stood Shaw in good stead as she built Biocon into a global company, says Vijay Chandru, co-founder and chairman of Bengaluru’s Strand Life Sciences and a former professor at Indian Institute of Science. Shaw is “one of the great persuaders”, he adds.

Biocon has become the first company to have won approval from the USFDA, the drugs regulator, for two different biosimilars of drugs used in certain cancer treatments. The achievement opened investors’ eyes to Biocon’s potential. This was an important reason behind the company’s stock price rising and helping Shaw’s wealth increase.

“The USFDA approval of biosimilar Trastuzumab in 2017 was a big credibility endorsement for Biocon and personally a big confidence boost. This was significant given that several credible competitors were unable to cross the finish line. It was followed by a second approval of biosimilar Pegfilgrastim, where we were laggards in development, but eventually beat the frontrunners. This endorsed our ability to develop high quality biologics and get it right the first time. These have catapulted us into the leadership league of biosimilar companies,” says Shaw adding that today Biocon is well-poised to enter the developed markets of US and Europe.

“There is a global race to bring biosimilars to the market and it is amazing to see Biocon succeed in this so well,” says Taslimarif Saiyed, CEO and director at Centre for Cellular and Molecular Platforms, or C-CAMP, in Bengaluru. C-CAMP incubates biotech and other deep-science startups and provides the costly physical infrastructure that such ventures typically need.

“Friends from Boston would often say Biocon should be a $10 billion market-cap company. Of course, the point of comparison was Biogen. I think it was due and it is happening,” says Chandru.

Shaw has literally built an entire industry sector in India single-handedly, he adds. It’s reasonable to expect that with its recent successes in biosimilars, the company could commit itself further to research and development, with the aim of ultimately becoming a leading producer of novel biologics. Biocon had built a certain baseline capability in the space, and it would be logical to leverage its strength, Suryanarayan says.

India has been steadily building capabilities in the various skill areas required for drug discovery. Much of this skill base has been built by providing research services to the rest of the world, be it in the areas of chemistry or biology. Several Indian companies are now beginning to leverage these skills to help their own novel drug discovery process. India is better placed now than any other time in its history to develop novel drugs, he says. “I am confident Indian companies will not only continue to keep their leadership in generics but also begin to increasingly assert themselves in the novel drug space.”

Tweets by @forbesindia
Yusuff Ali: A mentor to his sons-in-law
Bhadresh Shah: Colours of chrome