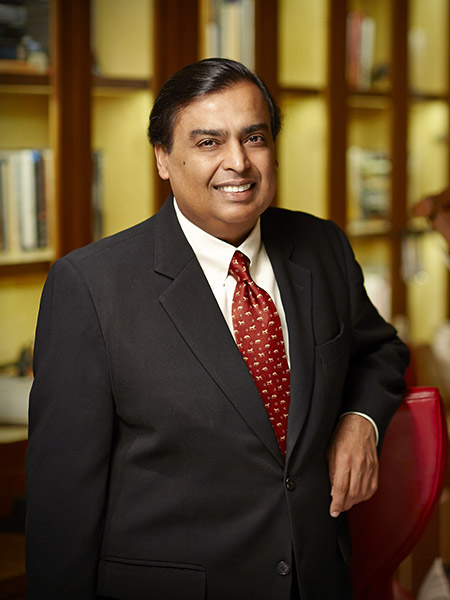 India has been hit hard by Covid-19, with more than 6 million cases—the world’s second-highest count—and reported a 24% plunge in economic growth for the quarter ending June. Despite this adversity, half of the nation’s 100 richest saw gains, rising a collective 14%  to $517.5 billion even as the benchmark BSE Sensex remained flat from a year ago. More than half of that increase can be ascribed to one individual: Mukesh Ambani, at No. 1 for the 13th year, who added $37.3 billion to his fortune—a rise of 73%—to a net worth of $88.7 billion. Shares of his Reliance Industries soared when, amid the nation’s lockdown, Ambani raised more than $20 billion for Jio Platforms, Reliance’s fast-growing digital arm, from a string of marquee investors that included Facebook and Google. Investors are now eyeing Reliance Retail, which has already raised $4.4 billion from investors and recently made a major acquisition.

At No. 2 again this year is infrastructure magnate Gautam Adani, who boosted his net worth 61% to $25.2 billion. Unfazed by the pandemic-induced travel slowdown, Adani, who aspires to be India’s airport king, acquired a 74% stake in Mumbai airport, the country’s second-busiest. Tech tycoon Shiv Nadar, who ceded the post of chairman of HCL Technologies in July to his daughter Roshni Nadar Malhotra, jumped three places to No. 3 with $20.4 billion as shares of India’s third-largest tech firm surged.

With a global health crisis raging, it’s no surprise that pharma entrepreneurs fared well. The fortune of vaccine billionaire Cyrus Poonawalla, whose privately held Serum Institute of India—led by his son Adar—has joined the race to produce Covid-19 vaccines, was up 26% to $11.5 billion.  Listed companies making drugs to treat the virus saw their shares jump. The biggest percentage gainer on the  list was Kiran Mazumdar-Shaw, founder of Biocon, which is set to start phase 4 trials of a potential Covid-19 drug.  Her wealth nearly doubled to $4.6 billion.

More than a third of the listees saw their wealth decline, notably those with interests in real estate. A dozen dropped off this year, including Future Group founder Kishore Biyani, who sold the bulk of his debt-laden retail empire to Ambani’s Reliance Retail in August.